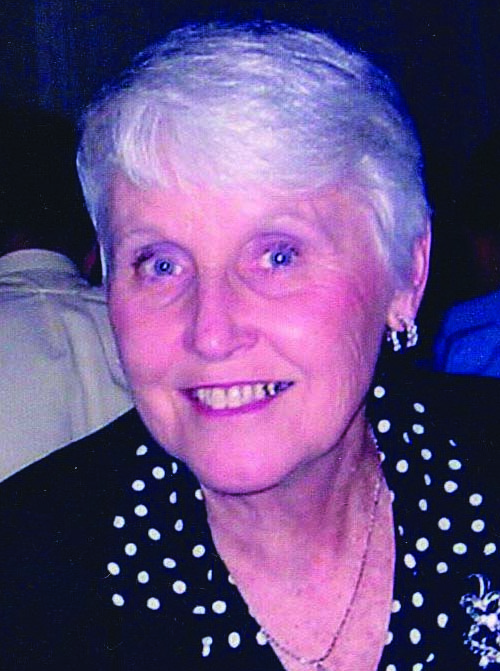 It’s not an official Dorchester Day event, but it should be. On Sat., May 14, at 12:30 p.m., the community room inside the Adams Street branch of the Boston Public Library will be dedicated in the name of Patricia E. O’Neill, the late civic lioness who ran the Ashmont Adams Neighborhood Association until her death in April 2020 at age 80.

Like many who passed away in the early throes of Covid, Pat’s death was never properly mourned, nor her life celebrated, in a public setting. This weekend’s gathering at the spectacular new library on Adams Street will be a chance for her many friends and grateful neighbors to remember this dynamo, who was small in stature but who packed a powerful, though always good-natured, civic punch.

Pat would have adored the library that now carries her name inside. It’s a jewel of the BPL’s neighborhood branches. The building itself has been busy winning design awards, including an American Architecture Award in 2021 and it has been nominated for a prestigious Mies Crown Hall Americas Prize.

Pat would’ve enjoyed seeing those accolades pile up because they bring acclaim to the neighborhood she was so passionate about. But she’d be even happier to see the kids and families who are using the library and lounging under the beautiful oak tree that she and others worked to preserve as part of the final design.

The library is but one legacy of this remarkable woman, who racked up her own impressive collection of honors. She received the Quinn Award from UMass Boston in 2016 and earned an “Unsung Hero” ranking from the Massachusetts Commission on the Status of Women.

Pat was the force behind the Dorchester Chili Cook-Off, which until her death was held in March each year as a fundraiser for the Dot Day Parade. She was also the key person in charge of organizing holiday tree lighting and other grassroots events like clean-ups in Peabody Square and Ashmont-Adams and annual bus trips to watch the PawSox.

“For me, community leadership is like being a concierge and stepping up to the plate when you see something isn’t right,” O’Neill said in a 2016 interview with the Reporter. “It is helping people find the avenue to what they need. It is pointing them to the bus stop, not driving the bus. That is what keeps a neighborhood strong.”

Saturday will be Pat O’Neill’s 82nd birthday. She’ll be there in spirit as friends and neighbors swap stories about her inside a room that now bears her name. It’s a fitting tribute that would no doubt bring a smile to her face. But Pat would be really thrilled to see how new people are stepping up to plan fun events in her neck of the woods, like the inaugural DorchFest, coming to Ashmont-Adams on Sat., June 4. (See page 11.)

A party on the porch? Better yet, a bunch of parties on a bunch of front porches? Pat would’ve LOVED that.