Just about every person in the Commonwealth has accepted the grim reality: This public health emergency is a real and present danger to all of us— and the unprecedented restrictions to daily life are a necessary tool to combat COVID-19.

A tracking poll, commissioned by Blue Cross Blue Shield of Massachusetts and conducted by The MassINC Polling Group, found that 97 percent say they “understand what actions they should take to prevent further spread of coronavirus” and 96 percent say “they are seeing either nobody or only a few people.”

Said Steve Koczela, president of The MassINC Polling Group: “I’ve never seen anything like the level of awareness and action described in these Massachusetts numbers. And the responses that are not already universal are still growing each week. Even in the face of great personal difficulty, residents are doing their part to help.”

Eighty-six percent of those who responded to the poll said they are “not shopping at all or only going if it’s essential.” The good news in this moment of great dread and anxiety is that there’s nearly a universal embrace— at least here in our state— of what needs to be done.

The troubling news: Once we get through the initial, acute wave of health perils, there’s likely to be a severe period of economic hardship that’s going to sweep across our communities. 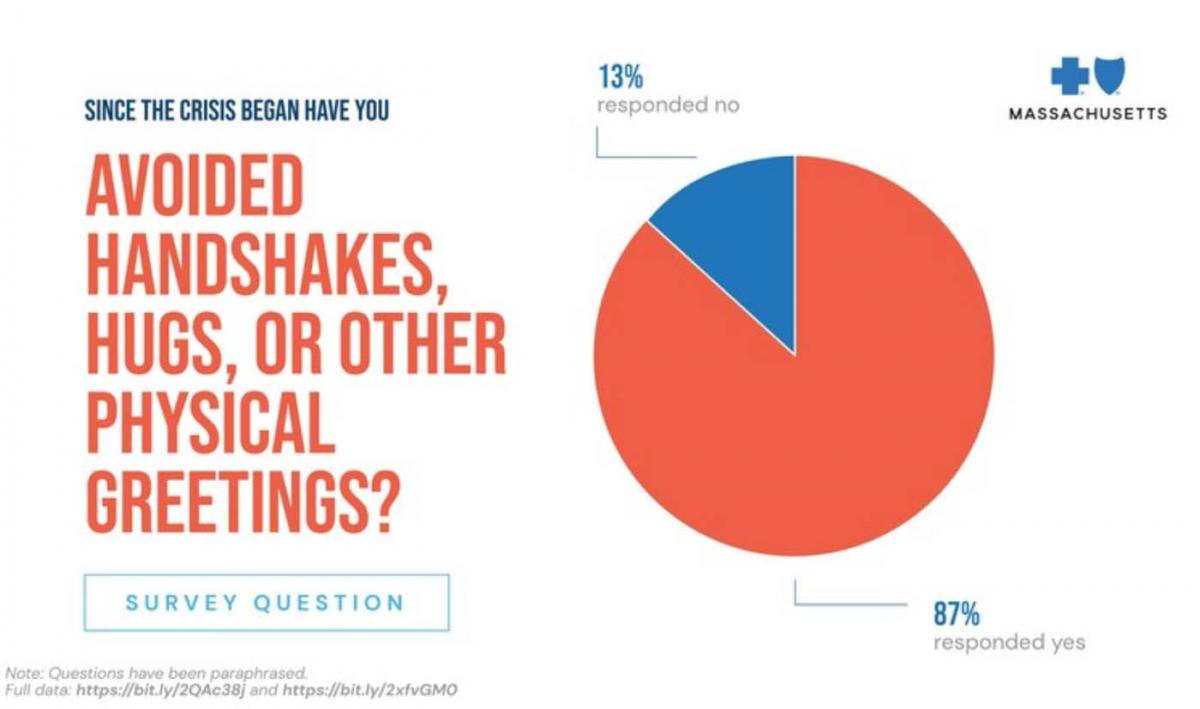 The most recent Mass Inc Polling data—based on a statewide survey of 900 residents between March 24 and March 29— now shows:

• “One in four residents (25 percent) say they will face serious financial hardship within a month, and another 15 percent anticipate issues the month after that.”

• “Since the crisis began, 16 percent report losing a job. Among those still employed, a new high of 32 percent say they have lost part of their paycheck.”

• “These difficulties are strongly concentrated among lower-income households and part-time and hourly workers. Among those with household incomes under $50,000, 41 percent anticipate hardship in the month ahead, 21 percent report job losses, and about half (48 percent) of those still employed say they have lost a portion of their paycheck.

As Koczela notes, even those who are already taking the hit hardest economically understand why a “strong response” is needed. “Just 9 percent think the reaction has gone too far, while the vast majority say it has been about right (60 percent) or could go further still (28 percent),” he writes.

Still, there are indications that while everyone is aware— not enough of us are following through on recommendations to stay socially distant. On Monday, Mayor Walsh once again urged Bostonians to use “common sense” when frequenting city parks.

The mayor was clearly annoyed by reports he’s hearing about too many people congregating on beaches and play fields.

“That’s not social distancing,” he said. “If this doesn’t change, I’m going to start naming locations in the city of Boston so that people know you shouldn’t be there.”

The mayor said on Monday that he has no intention of fining Bostonians for not following his guidance. But it might be necessary later.

It should be obvious to everyone now that this won’t be a quick skirmish. It’s more like a siege. Even when it’s “over,” all indications are that there will be cause for grave concern about another wave of assault later this year.

We’ll get through it. But it’s time for everyone to fully come to terms with the reality that polling suggests we all understand: We’re going to have to dig deep into our reservoir of mental toughness and lean on each other (from a safe distance, of course.)

It says here that we can do it.