Gun violence in Boston’s neighborhoods continues to take a heavy toll, with a disproportionate share falling on Dorchester, Mattapan, and Roxbury.

Like their peers across the country, young adults and teens in Boston are stepping up to take a leadership role in the policy debate about how to address the violence. One of the organizations leading the way is the Teen Empowerment Center (TEC), which is based in Roxbury and Dorchester, with an office on Balfour Street.

“Our organization is unique because we focus on not just community issues but how the power of the community shows up through the lens of young people,” explains Jaquell Smith, TEC’s Boston director. The group is the sponsor of this Saturday’s 27th annual Youth Peace Conference at Emerson College’s Paramount Center.

Arianna Constant-Patton, 16, of Mattapan, joined TEC as a youth worker where she runs group discussions. She has developed a fierce passion for advocating for her peers after watching her stepmom cope with losing two of her brothers to gun violence last summer. The trauma of dealing with their violent deaths has been profound. 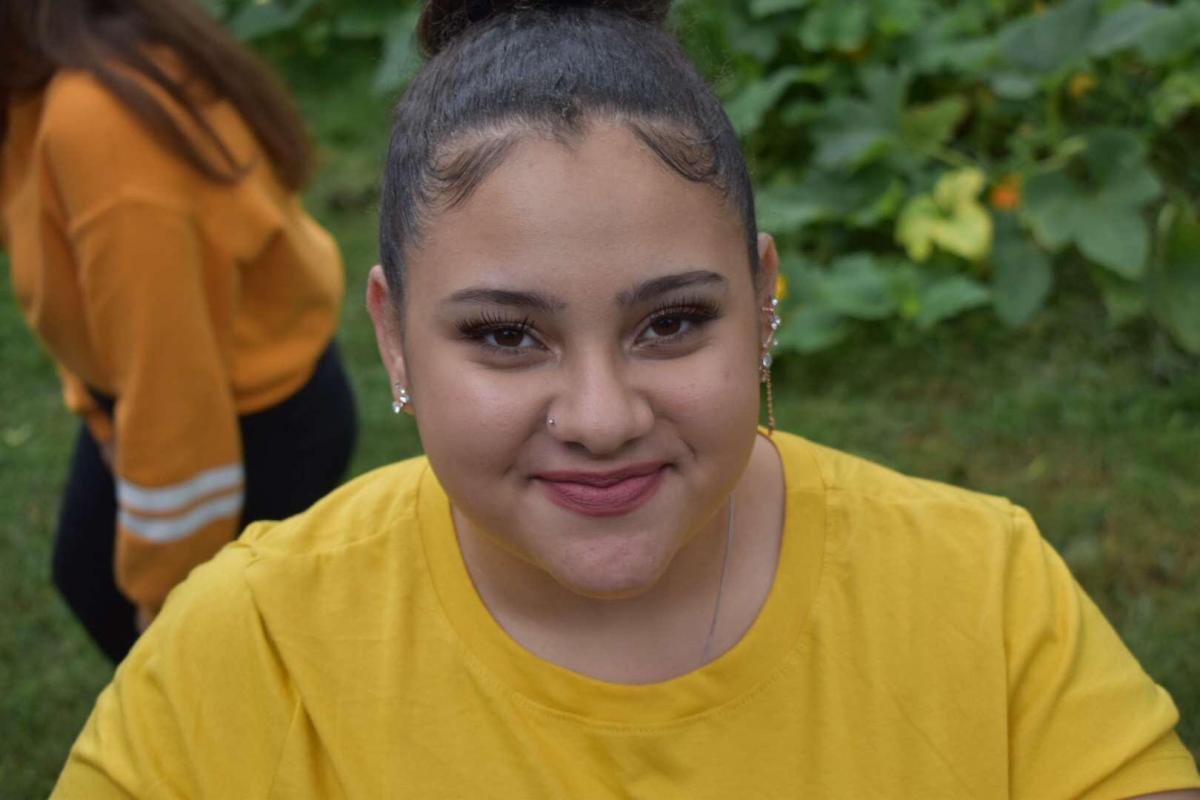 “Every time I’m out, my mom is constantly calling to check up on me to make sure I’m okay,” she said. “The reality is that shootings happen to innocent kids and innocent people. Gun violence in our community is a very real thing.”

Arianna was among the group of students who interrupted a high-profile WBUR forum last month that was geared toward highlighting the state’s strides in curbing gun violence. The program featured elected officials like Gov. Charlie Baker, Attorney General Maura Healey, and House Speaker Robert DeLeo and academics speaking about the progress our state has made in confronting violence by guns.
Frustrated at the lack of representation from Boston’s neighborhoods on the panel, Arianna joined community activist Monica Cannon-Grant to express their concerns.

“They called black and brown communities, ‘urban communities,’ but they weren’t talking about the real issues in these communities which is what caused us to speak out,” Constant-Patton said. “They need to dive deeper into the statistics, not just downtown, to really figure out what is going on in our communities and give us what we need to end the violence.”

Her work at the Teen Empowerment Center includes hosting events like movie-screenings followed by discussions, including direct conversations about race and racism. Often times, she said, police officers are encouraged to join them. But her impression is that there has been a decline in engagement on the police department’s side.

“Last year we noticed that the police would attend our events more out of obligation than willingness,” she said. “They would come just to take pictures instead of actually trying to build relationships with us. So, we’ve slowed down on being so police heavy and we’re trying to find a new genuine way to engage with them again.”

Frederick Douglass once said, “It’s easier to build strong children than to repair broken men.” To support this organization and the young activists that they empower, join them for this powerful evening of youth-led art and advocacy by purchasing a ticket (starting at just $5) at paramountboston.org.