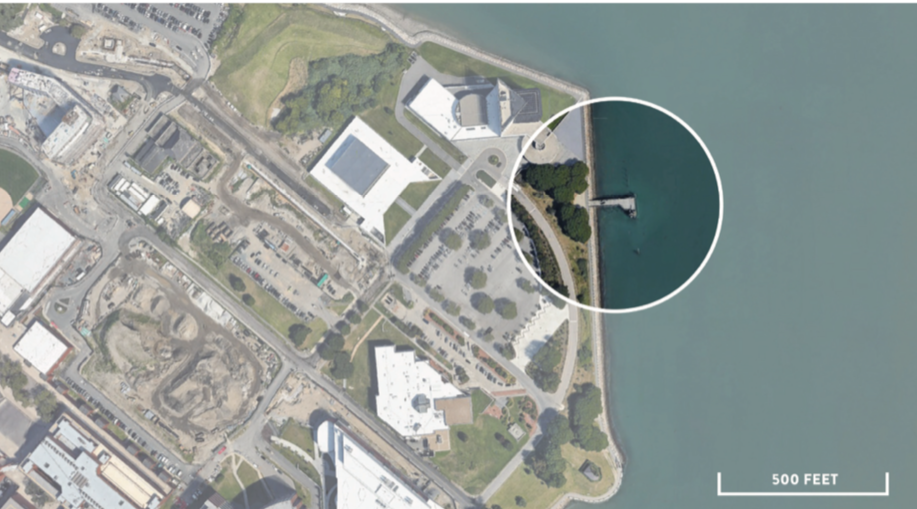 The advocacy group Boston Harbor Now this week laid out a roadmap for bringing the first-ever ferry service to Dorchester. On Tuesday, the non-profit organization released a “business plan” for a new water transportation system that it says could connect the “inner harbor” at Long Wharf with Quincy’s Squantum Point and, eventually, Dorchester’s Columbia Point.

A timetable for actually launching the “Quincy and Columbia Point ferry” remains uncertain. Boston Harbor Now is not in the ferry business and they do not propose to operate the service. But they have contributed mightily to the public’s understanding of how such an enterprise could work— if city, state, and private interests align to take it on.

The report recommends that the existing Fallon Pier near the JFK Library be retrofitted and improved to accommodate a ferry terminal. The budget for the work is just over $5 million, with the scope to include new ramps and gangways, a passenger shelter, and safety equipment. The idea has already attracted significant institutional support on the peninsula. Last February, UMass Boston secured a $150,000 grant to study the Fallon Pier project.

Fox Point, the other existing dock maintained by UMass Boston that faces Savin Hill, has been ruled out as an alternate ferry terminal because it would require significant dredging in Dorchester Bay to make it viable, according to the study. Fallon Pier, which is owned by the state’s Dept. of Conservation and Recreation on land owned by the federal government (via the Kennedy Library) and managed by UMass, is accessible from the JFK Library and the Dorchester Harborwalk path and is an easy walk to and from the UMass Boston campus center.

The Boston Harbor Now report is significant because it provides detailed information on how a ferry operation could function and sustain itself financially. It would begin with a direct link between Squantum and Long Wharf, phasing in a connection to Columbia Point later, once the pier is completed. According to the State House News Service, “the group said it modeled its service assuming annual ridership levels ranging between 190,000 passengers for weekend service to 412,000 passengers for weekday service, and with fare options of both $6.50 and $10 per trip.” Service would run every 40 minutes during peak periods on weekdays and every hour on weekends (from 6:30 a.m.-10 p.m.)

The report — which runs financial projections over a 20- year window— notes that the Quincy-Columbia Point service is not likely to turn a profit.

“Whether it is operated by the public sector, the private sector, or as a public-private partnership, an operating subsidy would be needed to sustain the service at any of the price points studied based on the projected ridership,” the report reads. That, however, does not mean that it cannot be deemed successful as part of a larger, integrated regional transportation system.

MassDOT and Massport, which helped to fund the report, are eager to find new ways to get commuters out of cars and buses. And institutions like UMass and JFK Library, for instance, want new ways to get students and visitors to their front door. Dorchester residents, for certain, would love to see less traffic on Morrissey Boulevard, Mt. Vernon Street, and the hopelessly jammed Kosciuszko Circle.

There’s a long voyage ahead for those yearning for an alternative to the traffic maze that confronts us daily. A sensible waterfront connection is worth the investment of time— and, potentially, government dollars— to unlock a new route to and from an increasingly dense and desirable Columbia Point.