On Monday evening, the owners of Dorchester’s newest restaurant and bar— Ghost Pepper Tacos + Taqueria Bar— held a celebratory reception for the latest successful chapter in a terrific partnership between two Savin Hill residents and business partners who deserve tremendous credit for their role in transforming this part of Dorchester: Ken Osherow and Driscoll DoCanto, who connected more than a decade ago through the sale of a condo.

Osherow owns At Home Real Estate Group and the block of storefronts that includes McKennas and Honeycomb Café. Ten years ago, he and DoCanto, who works for Merrill Lynch, acquired the property that now includes Savin Bar and Kitchen and Ghost Pepper Taqueria. They built 14 rental units of housing on three floors above the retail space.

The setting is a long, long way from the old Bulldogs barroom—which closed and was later demolished. What the neighborhood was stuck with – for decades – was essentially a giant crater hidden behind ugly cement barriers and plywood boards. It was, in short, an eyesore.

Osherow and DoCanto bought the property at the corner of Sydney Street and Savin Hill Avenue when a popular former restaurant called Donovan’s suddenly closed. It was a tough time, as you may recall. The nation had been jolted by a financial crisis and a precipitous recession.

But the duo of DoCanto and Osherow saw an opportunity and bought the building and the vacant lot at 120 Savin Hill Ave. next door. They invested in their neighborhood when many others decided to sit it out, be cautious, and wait for a recovery. It was a bold move, but it’s paying off for them and for the neighborhood at large. 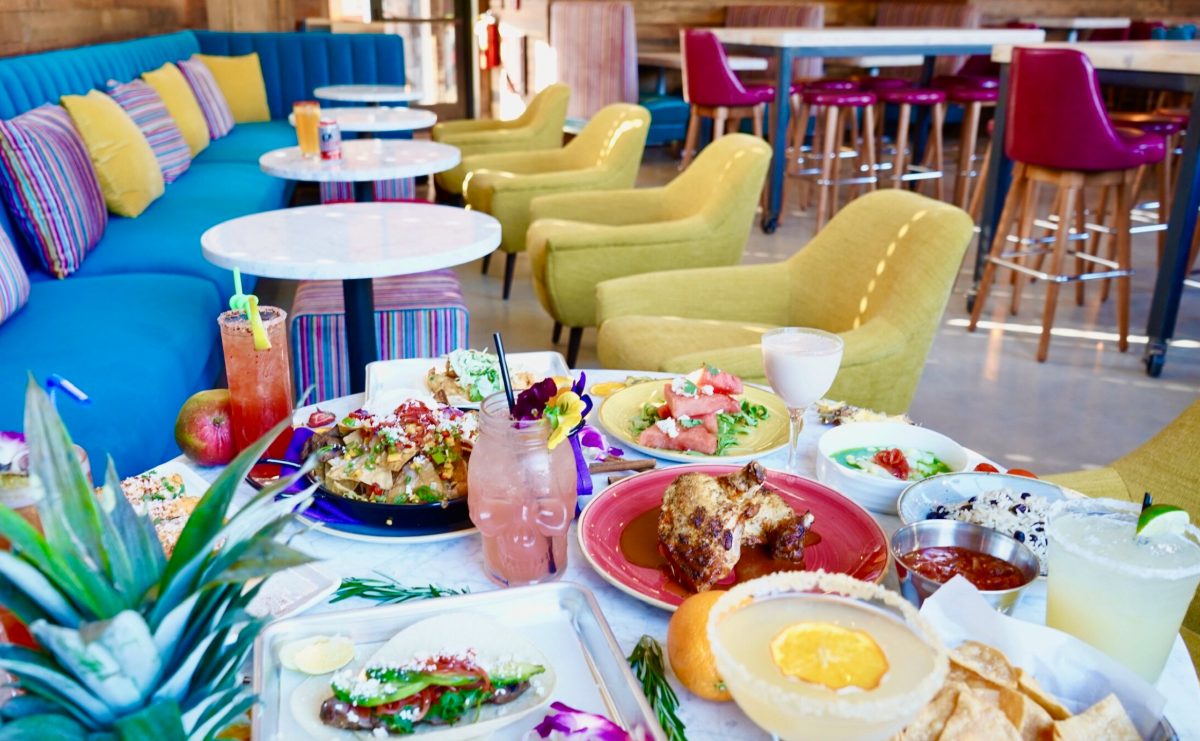 The crowd inside Ghost Pepper on Monday night looked like us. Cape Verdeans and Haitians and African Americans and Irish and Vietnamese — and all of the wonderful blends and variations that are now just the norm in this community. It wasn’t always so.

Bulldogs, for sure, wasn’t exactly a cauldron of multiculturalism. And this ain’t 1974, thank God.

On Monday, Rep. Liz Miranda butterflied around the horseshoe- shaped bar, meeting constituents and introducing them to one another. “Kids” who grew up on Hamilton and Dudley drained Margaritas and downed Chef Dante Funes’s spicy cauliflower tacos and Peruvian-ceviche with friends who hailed from Auckland and Adams streets. City kids, all grown up and re-connecting in an art deco taqueria as the Red Line rattled by out the window.

On the wall, a projector was showing the Patriots dismantle the pathetic NY Jets. Most people weren’t watching. They were too busy enjoying each other’s company.

Such is the cynical nature of this moment in time that there are those who bemoan changes like this, who see a hot new spot like Ghost Pepper and react by craving for the throwback beer-and-a-beatin’ joint they haunted back when “The Friends of Eddie Coyle” was playing at the Neponset Drive-In.

Those folks are nuts.

We’re grateful to people like Ken Osherow and Driscoll DoCanto who helped to make it so much better.

Bill Forry is the editor and publisher of the Reporter. Follow him @BillForry.