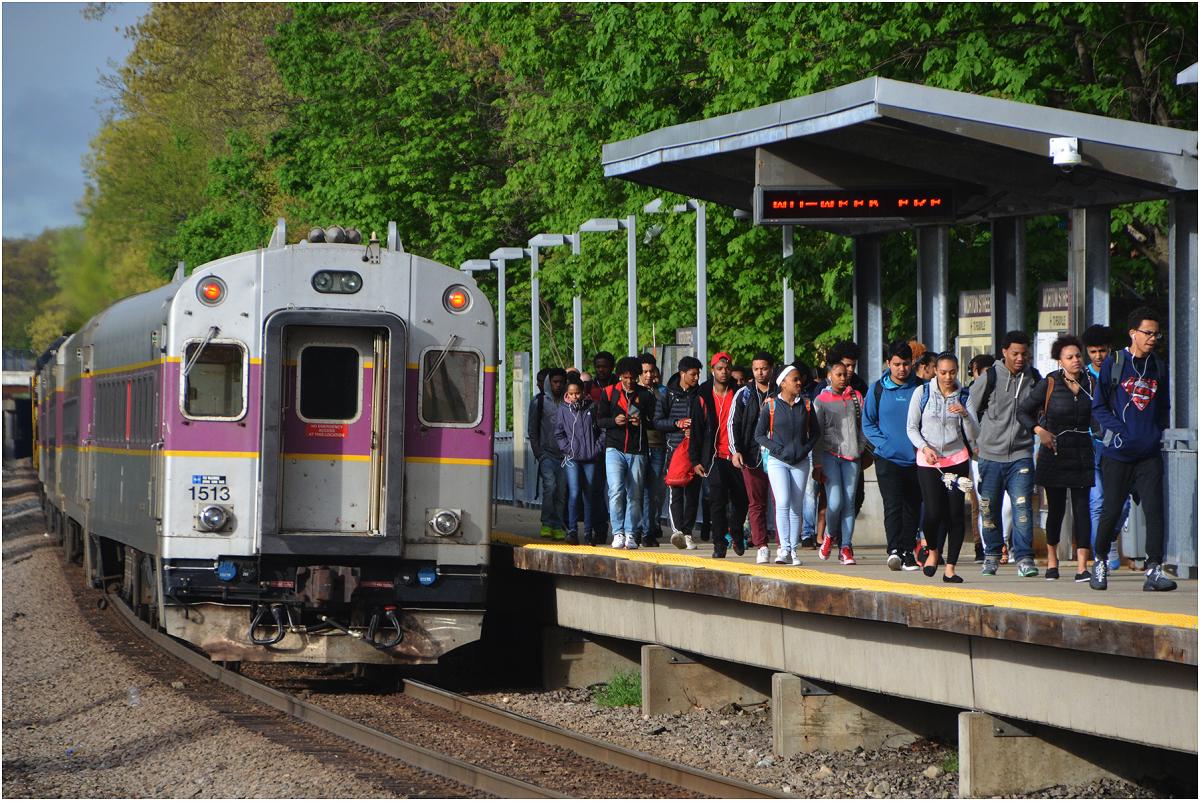 It has taken nearly three decades, but there is finally some real momentum for transforming the antiquated and clunky Fairmount commuter rail line into a more viable rapid transit line that will be called “the Indigo Line.”

On Monday, the MBTA’s Fiscal and Management Control Board (FMCB) voted — unanimously— to commit the agency to a sweeping modernization of the Fairmount corridor and two others in the system. The railway would be electrified, allowing for more frequent service akin to what commuters on the Red and Orange lines are accustomed to—running trains every 15 minutes instead of once an hour.

It’s likely to take a decade or longer to make it all a reality, but Monday’s vote was the first crucial move toward taking the Fairmount line into a new era.

TransitMatters, an advocacy group that has pressed for modernization of the Fairmount and other MBTA commuter rail lines, hailed the vote as “an important first step toward transforming our current antiquated commuter rail system.”

What happens next depends on how well the Legislature and Gov. Baker embrace the concept and accelerate spending to subsidize big-ticket purchases such as new electric train cars that would be needed for the pilot program. According to State House News Service, lawmakers are “eyeing new revenue options ‘sourced from transportation for transportation’ this fall, such as increasing the state’s gas tax or the fees imposed on ride-hailing trips.”

Baker has indicated support for the project, but has not committed to a funding source, such as a gas tax.

It’s also unclear at this stage whether the longer-term plan to modernize the Fairmount will impact or preclude more modest proposals to enhance the line in its current commuter rail form, by adding more frequency, for instance.

Mayor Martin Walsh, state Sen. Nick Collins, and state Reps Dan Cullinane and Liz Miranda have all introduced legislation calling for variations of an “Indigo Line Project” to bring the line up to a rapid transit model of service. Eighty-three percent of residents along the 9.2-mile rail corridor are people of color living in neighborhoods where incomes are less than the city average.

Last month, Mayor Walsh made a rare in-person appearance in front of the FMCB to make the case for making big investments in the Fairmount Line, echoing his earlier calls to business groups.

“Every time we increase access, increase service, and increase equity in our system, the residents of Boston respond with increased use and increased support of the system,” Walsh told the board. “They’re eager for more.”

Cullinane told the T’s board in that same meeting that the MBTA should allow full use of CharlieCards rather than charging commuters to buy individual tickets on board the Fairmount cars. “Let’s remove the last hurdle for people riding the line,” he said.

It seems as though the combined advocacy of our political delegation and allied groups like Transit Matters is on the verge of a breakthrough. It also needs to be viewed on the continuum of advocacy and incremental progress that has been hard-fought in our neighborhoods since the 1990s. Groups like the Four Corners Action Coalition, T Riders Union, Conservation Law Foundation— who fought to steer Big Dig mitigation dollars to help build new stations on the Fairmount — have factored mightily in the fight to get Fairmount/Indigo poised for this moment.

We hope that the Legislature and Gov. Baker will seize it.