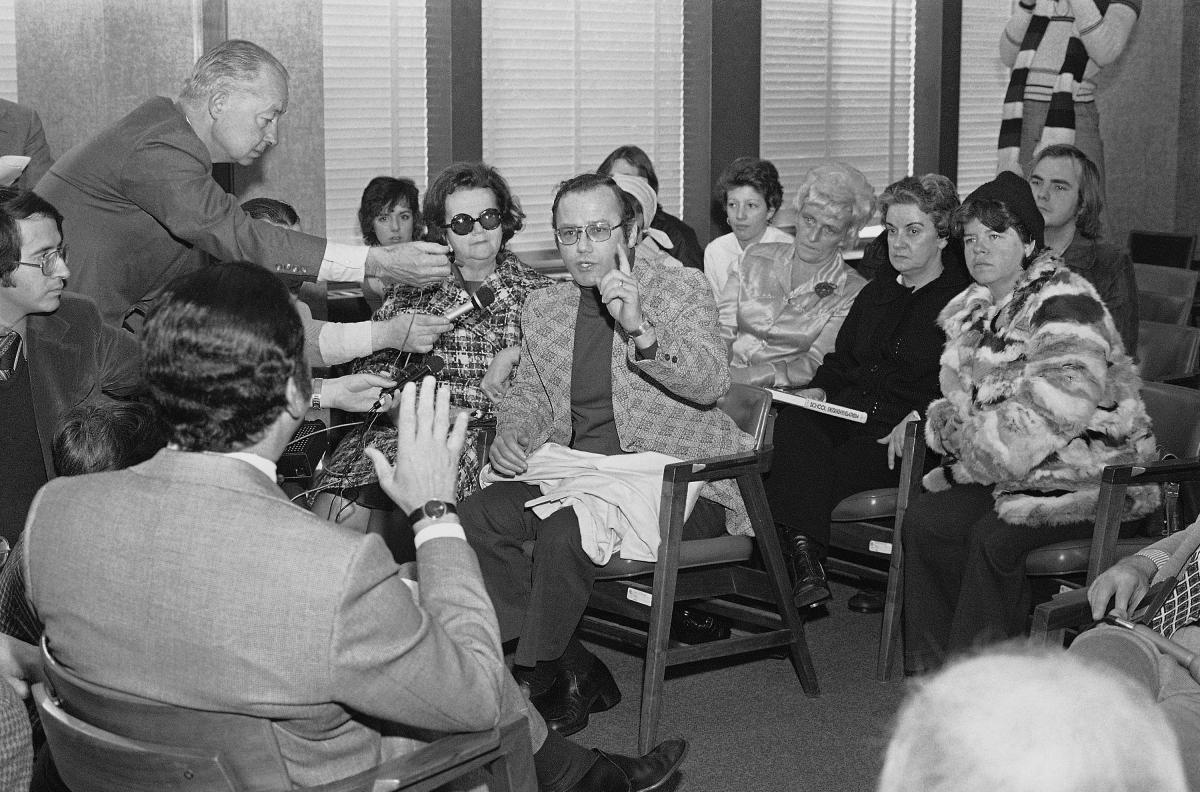 Boston's perennial bogeyman – "forced busing"– has once again surfaced for another shift in the public stocks.

Blame Kamala Harris, if you'd like, for having the audacity to challenge Joe Biden's record in a presidential candidates' debate.

(Isn't that the time to do it, by the way? Aren't debates supposed to give candidates a chance to ding their opponents and draw distinctions? When does one begin competing for the nomination against the guy who is considered by some to be the favorite?)

Or, you can blame Joe Biden for not having the good sense to step back and acknowledge that the whole sequence of white resistance to desegregation was – and is – a stain in just about every corner of the republic. Instead, perhaps caught off guard, Biden regurgitated some of the old talking points of the Restore Our Alienated Rights (ROAR) crowd.

"What I opposed was busing ordered by the Department of Education," Biden sputtered, telling Harris that it was her local city council who failed students of color.

Nonplussed, Harris, rightfully countered: "That's when the federal government must step in," she said. "There are moments in history where states fail to preserve the civil rights of all people."

Biden's lament is familiar in these parts. It's propagated by revisionist busing opponents who want us all to fixate on the mean old federales coming in and disrupting our idyllic way of life, persecuting otherwise innocent city dwellers, and letting the tonier suburbs watch, unaffected, from the sidelines. This is the Northeast version of the “Lost Cause” ideology— the spin of the old South maintaining that Northern "aggression"– not Southern secession and treason— was the impetus for the Civil War and its catastrophic aftermath.

Like the "forced busing" revisionists in our midst, the Lost Causers of the South simply brush aside the deep-seated racial violence and state-sanctioned white supremacy that caused the the Civil War. Like white Bostonians—many of whom fled city limits— they focus on the flaws of the remedy, not on the evils of slavery and its successor system, Jim Crowism. Bostonians who sympathize with the Biden position about that time— that federal overreach into a local matter was heavy-handed and wrong—choose to ignore the run-up to the order by US Judge W. Arthur Garrity.

Last week, a reader reacting to my take on Biden's response asked me: "Was there a solution to the mess of a public school system into the '60s and '70s that wouldn't have driven middle class whites out of the system?"

The answer is simple: Probably not. There is no way that bigoted whites intent on living sequestered from black neighbors could live and move through their daily lives without enduring the "hardship" of encountering black folks on their streets or in the school. Good riddance to them.

But, obviously, the reader asks the wrong question.

The object wasn't to make life cushier for whites uneasy about black folks. It also wasn't to make everything fine for their black neighbors. The object was to comply with state law – the Racial Imbalance Act. Newly built schools would need to include students of color and white kids. Boston school officials— then under the direction of an elected school committee— could have simply devised a plan to achieve that.

Instead, despite warnings from all directions about what would become a federal takeover, school committee members elected to flout the law.

They decided to ignore it and damn the consequences. They enlisted allies in the Legislature to seek to repeal the Racial Imbalance Act. They hoped that the problem could go away or be undone.

One of the triggers for the crisis came with the opening of the Lee School on Talbot Avenue. Even some otherwise vocal "busing" opponents stood up at meetings ahead of its opening and warned their fire-eating allies that to proceed without a desegregation plan of their own making would be folly— and lead to an inevitable lawsuit that the city would lose. They pressed ahead anyway.

The majority white electorate of Boston elected the men and women who made these decisions. They routinely voted in leaders who expressed hostility to desegregation and promised to resist attempts to change the system. These politicians then did exactly what they promised. They led us off the cliff. They did it because it was politically expedient to mollify a largely racist electorate in the city at the time.

People who want to pretend that these events did not happen— or are somehow unrelated to the federal court edicts that followed— are close cousins to those southern whites who seek to justify their long-ago and more recent wrong-doings by blaming federal overreach.

It's true that Democrats will need a big tent to compete nationally. But there's a reason why Joe Biden wasn't the nominee in 2008.

The former vice-president can, and should, play a role. But he and his allies should think long and hard about their own shortcomings in the desegregation era. Here in Boston, that means coming to terms with the complicity of a white power structure that did everything it could to resist desegregation— and then blamed everyone else for the debacle they caused.