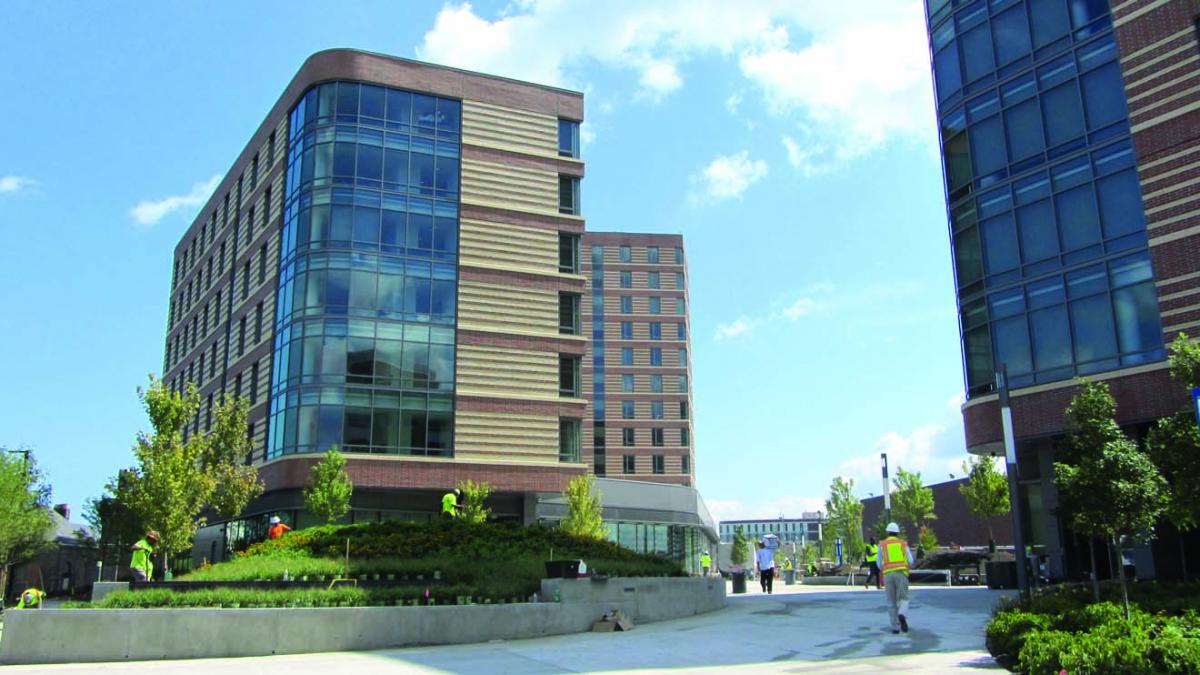 A view of the new dorms from the campus’ Mt. Vernon Street entrance. Jennifer Smith photo

Over the last few days there have been several news reports about what life is like for UMass Boston students living in the new residence halls.

Many people worked hard for decades to make the first-ever UMB residence halls a reality. What has been brought to light is absolutely heartbreaking. This is not what we imagined. This may also be an indication that the interim administration is struggling to lead the campus and has compromised student safety. This is very concerning, particularly as UMB is about to select a developer for the Bayside land.

As we all know, UMB is considering a handful of real estate development proposals submitted by (hopefully) qualified development partners to purchase nearly 20 acres of public state owned property. The purpose is to transform the former Bayside land, spur economic, social, and, intellectual growth - in partnership with the community.

The proceeds to the roughly $200 million dollars sale are scheduled to be returned directly to UMB.

What is currently unknown are a few critical details:

What are the proposed plans? Who is making the selection? And where is the public discussion and participation in the public process?

In the absence an open public dialogue regarding this public selection process (during an interim administration) one might conclude that perhaps the current interim administration has made a deal. Whereby, promising not to engage the public in a public decision process, in exchange for the promise of the post of permanent Chancellor.

Remember the last two UMass-led real estate deals? The secret soccer stadium plans and the acquisition of Mt. Ida College? The track record, dare I say, shows a pattern of ill-planned real estate decisions. Furthermore, as we have recently learned this interim administration is struggling with one residence hall.

Eliza Wilson is an alumna of UMass Boston.