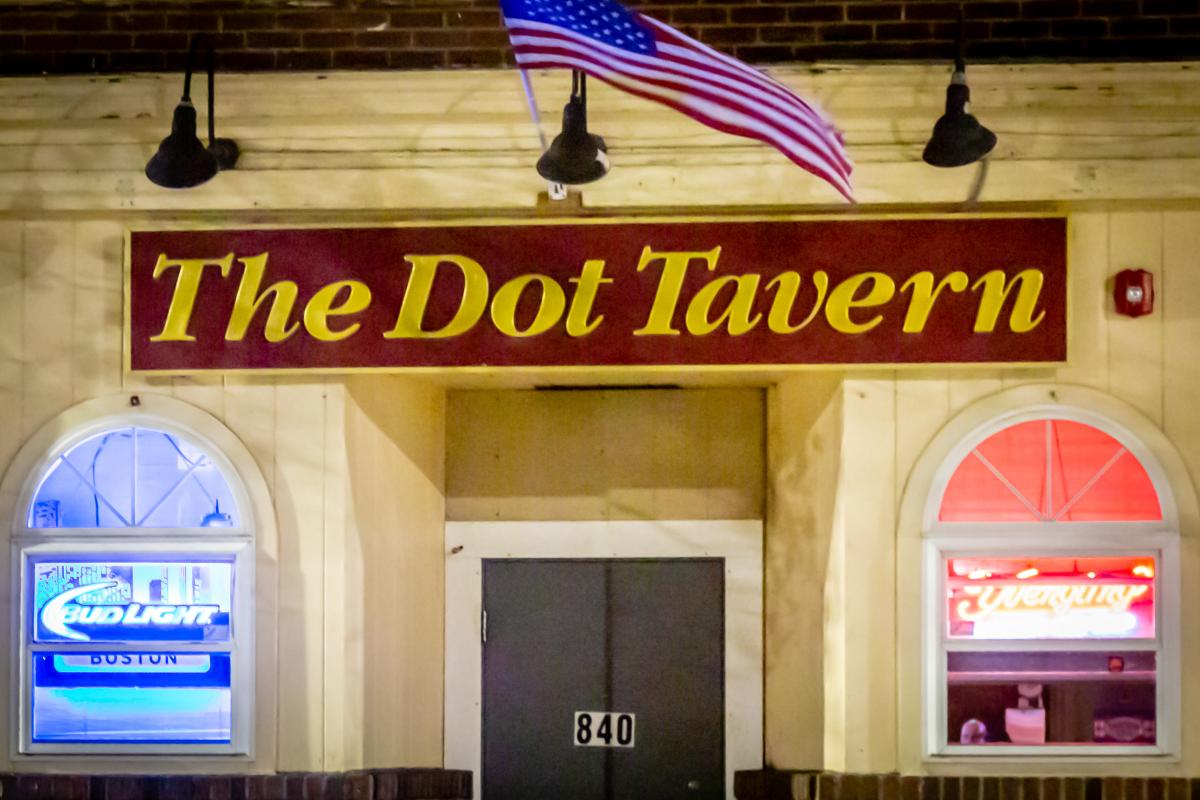 One of Dorchester’s throwback barrooms— the Dot Tavern— suddenly went dark at the beginning of November. But fans of the vintage watering hole should not hit the panic button. At least, not just yet.

Doug George, the Dorchester resident and real estate developer, bought the three-story building at 840 Dot Ave. last month. The building includes the first-floor tavern that has been there for most of the 20th century, by some accounts.

Down the line— perhaps a year or more away— will come a massive renovation project that George expects will yield a new look and a more food-oriented bar and restaurant. He’d like to keep the same name, but says that’ll be a decision made with whoever the new operator will be.

In the meantime, George is actively looking for an experienced, local operator to re-open the tavern as soon as possible. In an interview with the Reporter, he said he has been fielding calls of interest from existing restaurateurs in and around Dorchester who are keen to explore a new business in the space. Whatever it will become, George says, it will be a food-bar model.

The tavern— in its current state— belongs to a category of Dorchester destinations that have — one by one— closed up shop or been transformed into more upscale eateries. Longtime residents can recall a time when a full-on Dot Ave “pub crawl” would have included perhaps two dozen stops— and, if fully consummated, a likely hospitalization. Since the 1990s, many of the old haunts have given way to different enterprises.

Layden’s, the Emerald Isle, the Tara, Mickey’s, Cuchalainn’s, the Leedsville Cafe— all long gone. Tom English’s, which will be bulldozed sometime in the new year to make way for a new mixed-use building, will soon belong to the ages.

Many of the old-school bars that sent your grandfather home to sleep on the couch have long since been “re-imagined” and— truth be told—improved upon: the Lower Mills Pub, Donovan’s, Ashmont Grill, Blarney Stone, the Banshee (nee Vaughn’s), Blend (nee Peggy O’Neil’s), and Dbar, (nee Ned Kelly’s, then Adelphia Lounge).

There’s something about the progress inherent in these transformations that manages to be both satisfying and a little sad. There’s a tinge of that in the Dot Tavern hiatus. Some might cavalierly relegate the Dot Tavern to “dive bar” status— and that’s fine. But it’s unlikely that those people ever mounted a stool there or buried an 8-ball in the corner pocket or pumped quarters into the Playboy-themed pinball machine.

You heard right: Playboy pinball. Let the regrets spill out onto the floor alongside your pitcher of Bud.

No frills? Fair enough. But the joint is clean, well-maintained, and the beer comes in pitchers if that’s your speed. The food? Okay, there was no food, unless you carried it in with you from the Avenue Grille or New Store on the Block. The sprightly glass of rosé you’ve been craving since the summer? Yeah, that’s in ample supply two blocks over at 224 Boston Street.

The Dot Tavern’s days are numbered. Such is life. But, let’s savor it while we can. Here’s to re-opening the Dot Tavern in the new year, if only for a few last calls.