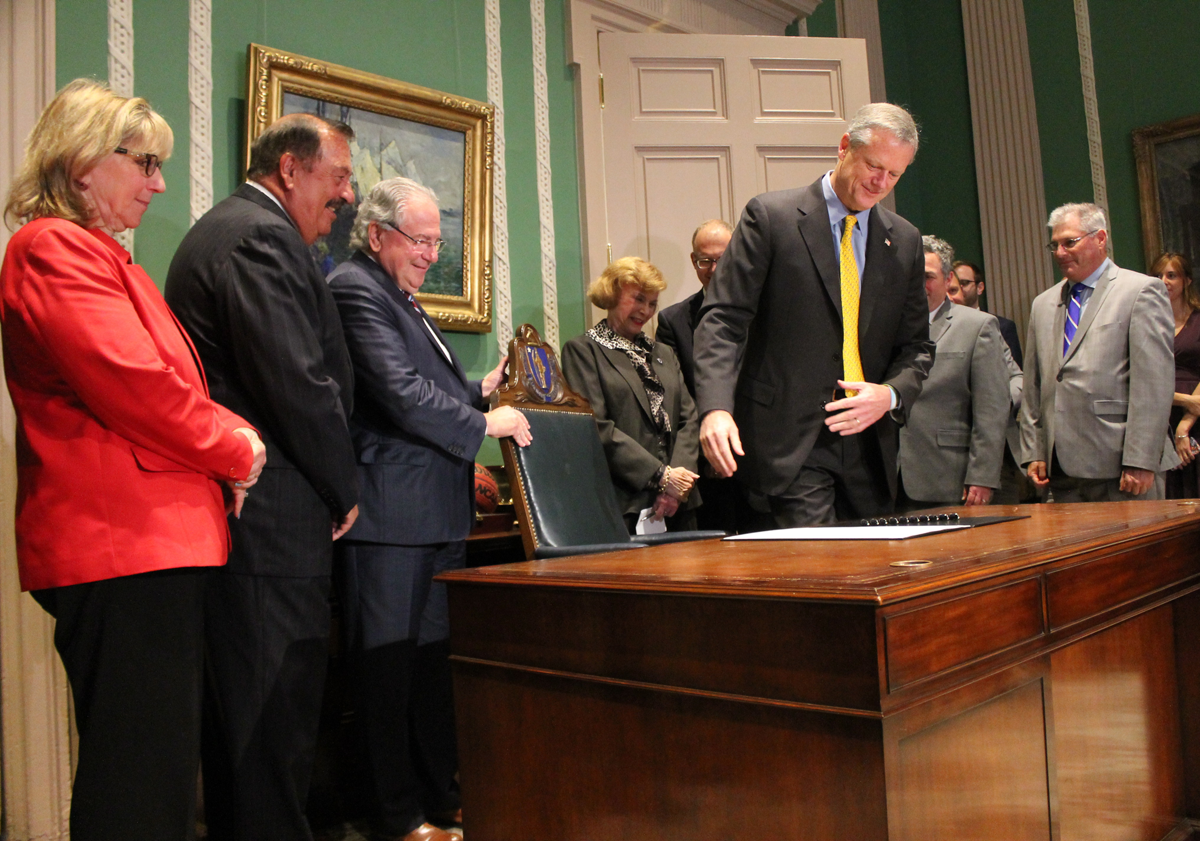 By Lew Finfer
Special to the Reporter

Raising the minimum wage to $15 and Paid Family Medical Leave were qualified for the fall ballot before the Legislature passed measures in June dealing well enough with the two matters that they will not be on the fall ballot as part of a “grand bargain” to advance the issues.

The campaign for the new laws was led by the Raise Up Massachusetts coalition of community, labor, and religious groups that had collected 350,000 signatures of voters over two periods to qualify them for the ballot.

Paid Family Medical Leave will be one of the most wonderful social benefits we have.  When it takes effect in 2020, people will be able over a year to get up to 20 weeks of medical leave and a substantial part of their salary if they have a medically certified serious illness or injury. This measure also covers maternity and paternity leaves, and leaves around military deployments. It also gives individuals up to 12 weeks of partly paid time off to take care of a family member with serious illness or injury. Who can’t think of time when they needed this time or will need it in the future? It will cost less than $3 a week for this benefit, with employers matching payments of the same amount. With this law, we will not have stories of mothers being forced to return to work only a few weeks after their child is born, or people not being able to afford time off to care for a seriously ill family members.

The minimum wage increase law will raise wages from $11 an hour to $15 an hour over 5 years.  This will help 840,000 workers statewide, and an estimated 12,000 in Dorchester.  It will raise tipped workers’ pay from 33 percent of the minimum wage plus tips to 45 percent plus tips. This is not enough for tipped workers, but it is something. It means more dignity for these lower wage workers and allows them to help themselves and their families a little more.  An attempt to institute a 90-day teen sub-minimum wage failed to gain approval in the legislation.

Raise Up Massachusetts made all this happen. If we had not gotten the signatures – groups worked hard with thousands of volunteers collecting signatures in front of supermarkets, at MBTA stations, at meetings, after religious services – to qualify the issues for the ballot, the Legislature would never have passed these measures.

For all that, there was no good news on the push for a Fair Share Amendment/Millionaires Tax. After four years of work involving the collecting of 157,000 voter signatures and the organizing to get two consecutive sessions of the Legislature to vote for it by more than a two-third’s margin, it was qualified for the ballot, and heavily favored in the polls.

But five major big business groups in the state – Associated Industries, the High Tech Council, the Federation of Independent Businesses, the Taxpayers Foundation, and the Competitive Partnership – spent a lot of money on a suit asking the State Supreme Judicial Court (SJC) to rule it off the ballot. The court decided in their favor last month in a 5-2 vote, ruling that raising taxes and spending it on education and transportation were unrelated issues.  Four votes were needed to deny the suit, and Gov. Baker appointed 4 of the 5 judges who issued the ruling.

The loss is devastating as $2 billion new revenue would have been raised for education and transportation. So much could have been done to reduce the achievement gap by improving schools, serving many on the long waiting lists for pre-school, making our state colleges and universities more affordable, serving many thousands on waiting lists for ESL, GED, and job training. The ruling also allowed the business interests to use their proposed Sales Tax Cut referendum to get a 5-year phase-out of time and a half pay for retail employees who work on Sundays in return for them not putting the Sales Tax cut on the ballot.

The big business groups who brought this suit say constantly that we need a well-educated workforce and reliable transportation to get people and products to and from workplaces.  But when there was a chance to do this, they instead chose to support allowing millionaires to not pay their fair share of taxes, in the process hurting all of us and also hurting businesses.

There is a chance to try for a version of a Millionaires Tax again that would hold up to a court challenge, and we’ll probably start on that pursuit next year. It’s a four-year process, and “we will be back” fighting for needed new revenue for programs for our communities.

So two wins and one loss for Dorchester at the State House. That’s very, very good, but it could have been, and needs to be, even better.
Lew Finfer is a Dorchester resident and co-director of the Dorchester-based Massachusetts Communities Action Network, which partners with Raise UP Massachusetts