Reprinted from Decembers past

During the Advent season, I take great joy in listening to sacred music. For years, attending the Handel and Hayden Society’s “Messiah” was an integral part of my preparation for Christmas. Now I listen to it – and am still moved by its majestic choruses and oratorios. 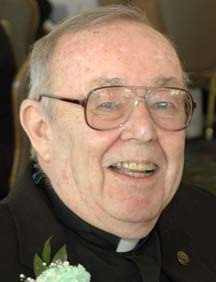 Among other music, I include Bach’s Christmas Oratorios. They contain a sacred majesty which I find leads me to a deep reflective consciousness of the true meaning of Christmas.

Although I believe this year we began listening on the radio to Christmas music and Christmas carols somewhat early (i.e. Nov. 1st), I still never tire of their insights into the meaning of Christ’s birth.

Many years ago, someone gave me a copy of Charles Dickens’ “Christmas Carol.” It has become a classic – being performed on the stage as well as in the movies. It too contains many insights into the mystery of Jesus becoming man, often by way of negativity.

It is in this larger context that I began to think that we may need to re-define our concept of a Christmas carol. It would seem, especially in the light of Dickens’ work, that it might be widened to include any medium that helps us realize the sacred meaning of the feast. And maybe the word medium is too narrow, since the Christmas message can be conveyed in so many ways. I believe that events could now be incorporated into our expanded definition, as I will attempt to show.

For 30 years, one of the highlights of the Christmas season for me has been the celebration of the Christmas Mass with families and friends of special needs children. It was the novelist Morris West who depicted a scene in his work The Clowns of Rome in which he has the Christ-figure holding a special needs child on his lap. And He comments: “I have given this child a gift which I have not given to others – the gift of eternal innocence.” And in our monthly celebration of the liturgy – even apart from Christmas – I believe one can feel such innocence, as well as goodness and love.

Lest I continue to digress, I must return to our liturgy. The highlight is the living creche in which all of the children participate in acting out the Gospel of Luke. There are shepherds and angels. (To include more children, we anticipate the arrival of the three Kings.) And of course, there is the little drummer boy – giving his gift to the Christ-child.

But the highlight and the focus of all attention is the journey of Mary and Joseph from the back of the chapel to the stable in front of the altar. It is here that Mary is presented with a Christ-child doll and she in turn presents this child to our community. One would need to be a better wordsmith than I to capture the deep feeling and emotion involved in this scene.

But there are truths to be highlighted. First of all, even as described, all our children and young adults participate in one way or another. In itself, this reminds us of the truth that we are all called to make Christ come alive in our world and in ourselves. This is why St. Francis of Assisi, who founded the tradition of living creche scenes, reminded us that we are all called to be “mothers of Christ.” By this, he meant that like Mary we should continually be presenting Christ to our world by our acts of kindness, care and compassion.

The presence of the drummer-boy reminds us that because of the gift which Christ is, we should be giving Him of the gifts of our love and affection. In a way, I believe that when in John’s Gospel Christ indicates that we are “gifts” (“I thank you, Father, for those you have given me.”) He is reminding us that the Christian life revolves around a mutuality of giving.

But there is one scene that has left a lasting and deep impression upon me. It is the fact that whoever is chosen to be the Blessed Mother not only clings to the Christ-child during the living creche, but also during the whole Mass. And in that fact, even though faultily described, we have a living Christmas carol. It is a reminder that Christ came as our Brother that we might reach out to Him for support and guidance during our earthly pilgrimage. In that scene we should also glimpse a mystery of reversibility. Christ came as Emmanuel – “God with us” – in order to attach Himself to us, to cling to us in love. And for this, we must be eternally grateful.

The late Msgr. Thomas J. McDonnell was a regular contributor to the Dorchester Reporter and the Boston Irish Reporter. He died in 2009.