Rozelle Carrasquillo-Wilson was one of the first to try out the new slide at the Unity Park on Blue Hill Avenue on Monday. Seth Daniel photo

A group of excited neighbors and partners gathered on Blue Hill Avenue on Monday afternoon (May 23) for the grand opening of Unity Park, a 5,000 square-foot community space owned by Lena Park Community Development Corp. The facility was built with funding from the Community Preservation Act.

“This is what happens when you put state, city, and non-profits together,” said Lena Park Board Chair Olinka Briceno. “We develop and beautify forgotten places like this.”

Unity Park will be especially convenient for Lena Park resident, who live in the buildings surrounding the new park, but it will also be an oasis for young people, senior citizens, and others looking for some respite in the middle of a very busy city neighborhood.

Briceno said Lena Park will be running programming for the park, including performances, movie nights, reading programs for youth, and teen programs. The space features areas to sit in the shade, a water sprinkler, a performance stage, tree plantings, and gathering space.

“I wasn’t sure if it would work out, but it does work,” said state Rep. Russell Holmes, who was on hand for the ribbon cutting. “What a beautiful backyard.” 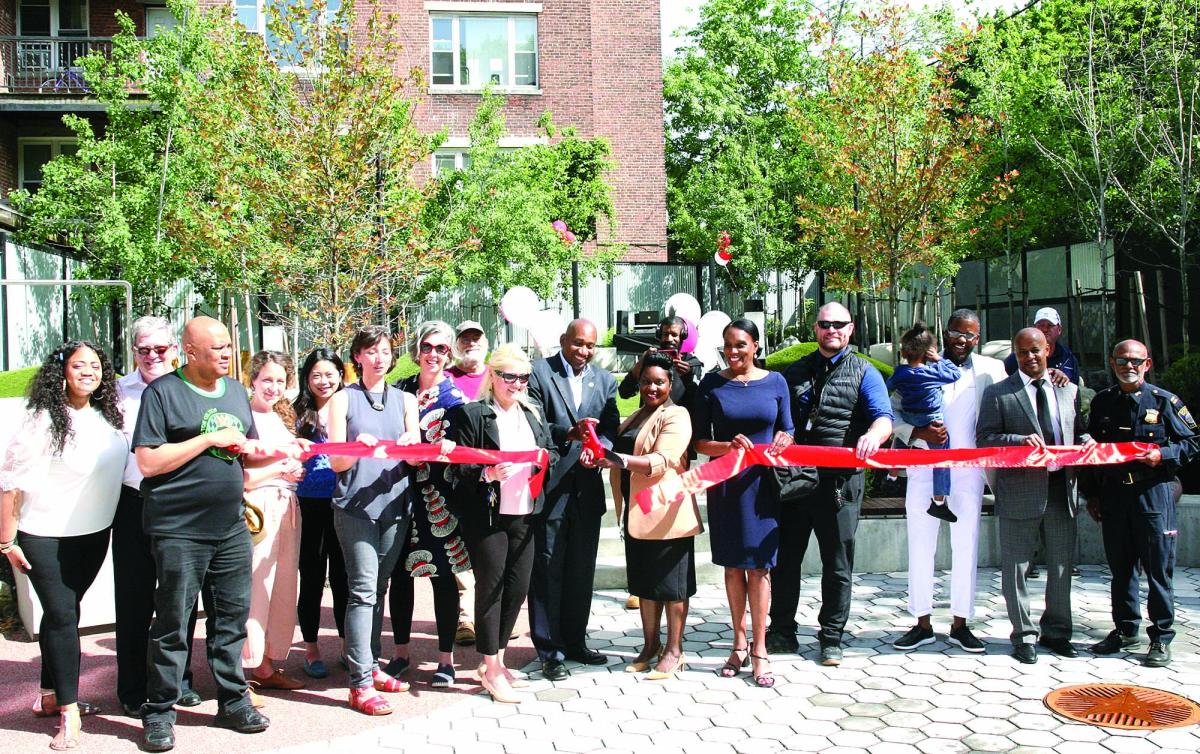 The ceremonial ribbon was cut on Monday afternoon to celebrate the opening of Unity Park on Blue Hill Avenue. Seth Daniel photo