There were tears of joy and simultaneous calls to action by community members last Friday as Gov. Baker and Cardinal Sean O’Malley joined Mattapan leaders at a groundbreaking event for Morton Station Village, a four-story building that will soon rise next to the Fairmount Line station on the former site of a Boston Police station.

The project brings with it 40 units of mixed-income housing, including 28 rentals and 12 affordable homeownership slots.

The joy came at the long-awaited delivery of housing opportunities, and the promise of an official ‘serenity garden” on the site commemorating Stephen Odom, who was tragically murdered while walking home on Evans Street in 2007 when he was 13 – a crime that continues to break the heart of the community these many years later.

“It’s an amazing day,” said Ron Odom Sr., Stephen’s father. “This is a dream that is happening. This is the manifestation of the vision. It is the scene on the scene – by that I mean that we are here to see this with our own eyes.”

The challenge came from the many officials who were on site, including the governor, who called on more communities statewide to build housing like Morton Village and referred to the state’s housing shortage as a “crisis circumstance.” 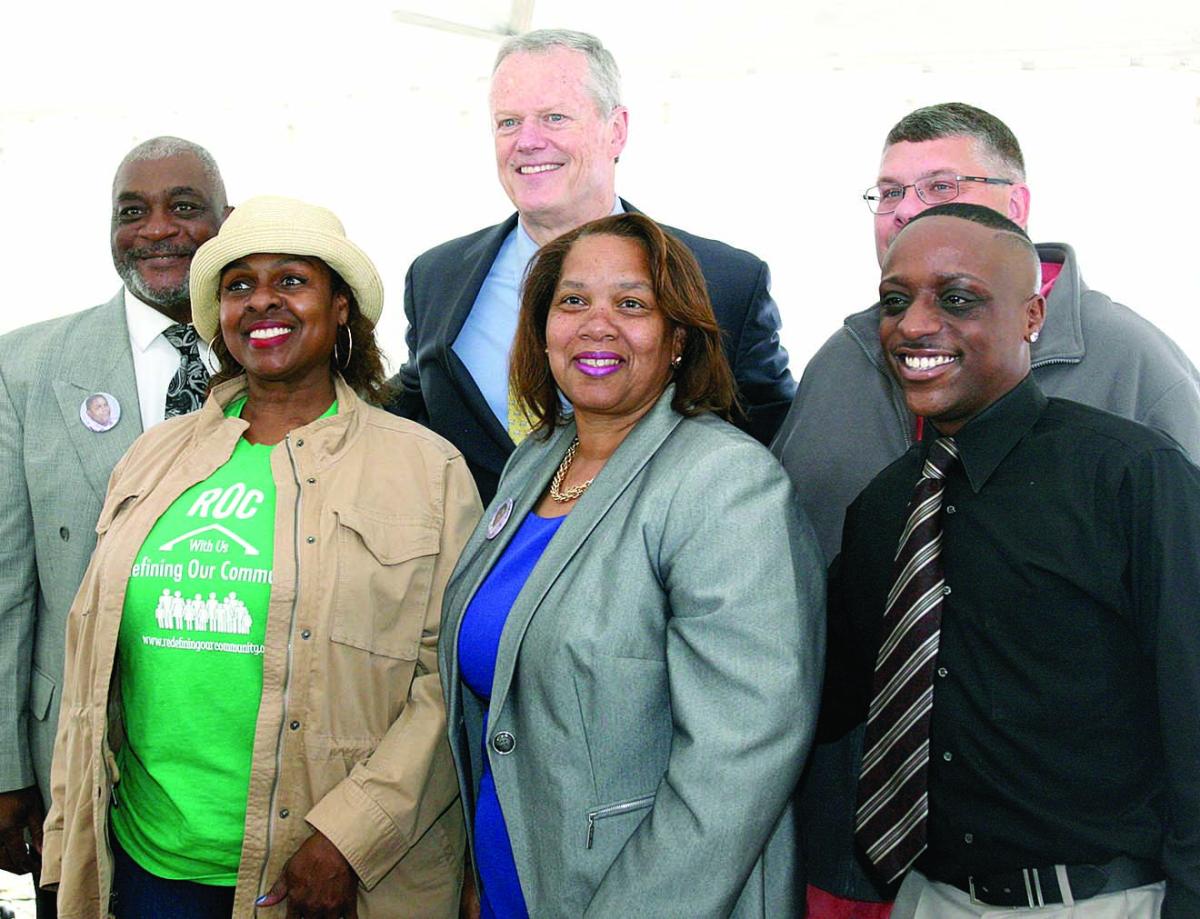 He added, “In 2010 and 2014 when I ran for governor, housing was a sidebar conversation. All of a sudden, we see $600,000 is the average home price in Mattapan. Massachusetts around 1980 had middle of the road housing prices. Today we’re No. 2 or 3 and that is a change that has come upon us like a tidal wave. It is an existential threat to families and the community if we do not make it possible for people that play by the rules…to have a place of their own and a roof over their heads.”

The Morton Village project was at least six years in the making, with long community meetings that started in 2016, a process that everyone agreed helped to sharpen the final product, which is being developed in a partnership between the Caribbean Integration Community Development (CICD) and the Archdiocese of Boston’s Planning Office for Urban Affairs, Inc.

O’Malley noted that building housing is part of a mission of the Catholic church. “We live in times that are getting apocalyptic sometimes,” he said, noting the war in Ukraine. “Certainly, the homelessness and lack of affordable housing are two great challenges we face as a community…Our communities will be stronger when they show respect for the dignity of all people. Morton Station Village will provide residents safe, affordable housing in Mattapan.”

In addition to new housing units, a garden on the site will serve as a memorial to Stephen Odom, who was shot to death in a case of mistaken identity. For years, a private garden was maintained at the back of the Morton Station Village site, but had to be demolished to make way for the project.

Through careful negotiations, the Odom family, the developers, and the community have secured a commitment from the Boston Parks Department to create a new passive public space named the Stephen P. Odom Serenity Garden.

CIDC director Donald Alexis worked closely with the Odom family and the neighborhood group Redefining Our Community (ROC) on the plans. “Over the years I’ve watched you model positive action,” Alexis told Ron and Kim Odom.

The project had its genesis many years ago when a charter school was looking to buy the property, and former state Sen. Linda Dorcena Forry and former state Rep. Dan Cullinane, along with Holmes and former City Councillor Andrea Campbell met together to figure out how to push for housing on the site instead.

Current City Councillor Brian Worrell called it a great example of working with local stakeholders to make a project better. “The community’s authorship on this site will be seen inside and outside the building,” he said. “I want to encourage all future developers to take note and build off the model of Morton Station Village.”

ROC founder Trina Ambrose said the group hopes to use community space in the new building to house its neighborhood Life Skills, Wellness and Training program that they currently operate elsewhere under the leadership of Juwan Skeens.

“This will be a place to live, but it will also be a place for the community to come and share knowledge,” she said.

Permitting for Morton Village is completed, and an opening is anticipated for next spring. 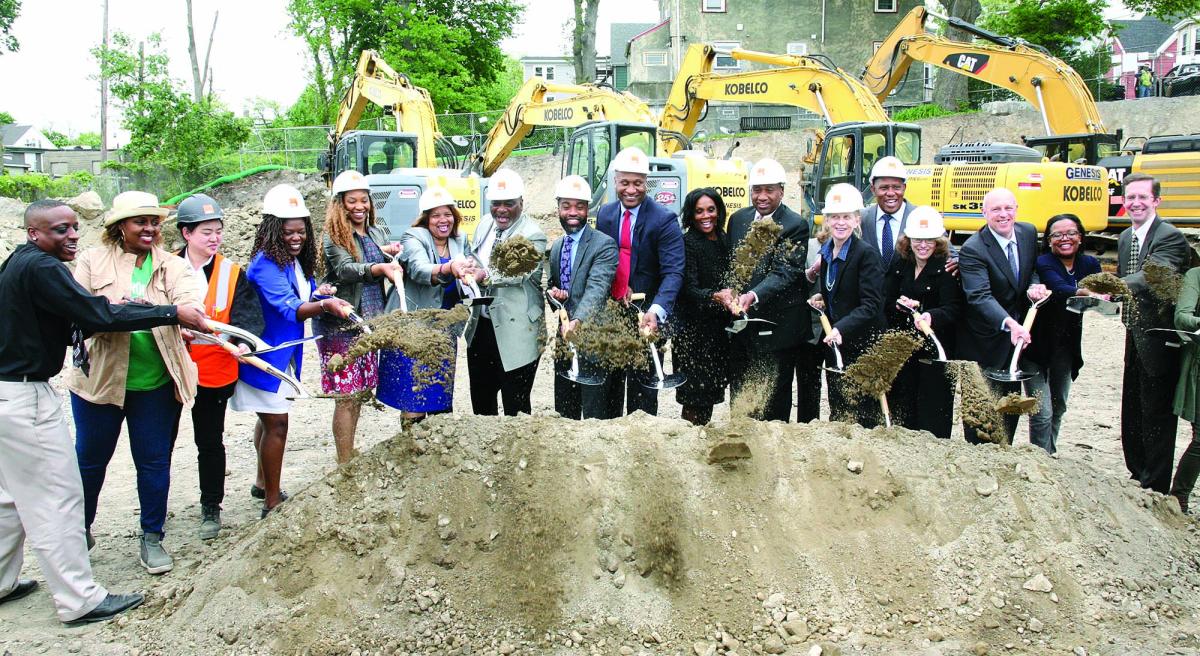 Community members and partners from the development team pitched in for the groundbreaking ceremony on Friday morning at Morton Station Village at 872 Morton St. Seth Daniel photo