Cops for Kids with Cancer presented the Olsen family with a $5,000 donation to help them defray the medical costs. The organization is active throughout New England and helps families in extraordinarily tough positions. Here, Chris Cunniff presents the check to the family as friend Steve Connolly looks on.

It takes no small amount of mettle as a family to survive the rigors of a child going through cancer treatments, but it’s a whole other kind of resolve to also have a parent diagnosed and treated for cancer at the same time.

That’s exactly what Dorchester’s Olsen family has been going through over the past five months – with their youngest son and standout hockey goalie, Conor, diagnosed in late February with Hodgkin’s lymphoma. And if that wasn’t enough, during a routine screening of all family members following Conor’s diagnosis, his mother, Deb, was found to be in the early stages of breast cancer.

Both have been receiving treatments since then and their prognosis has been good throughout – with Conor now on the rebound but still having regular screenings.

Astoundingly, the Olsen family responded to Conor’s diagnosis with a desire to help other families that they had encountered at the hospital getting treatment alongside Conor. A successful “Buzz Off” event — where people shave their heads in support of cancer patients — under the moniker “Conor Crushes Cancer” raised $10,000 for Dana Farber families, but the Olsens, who helped put the event together, declined any of the proceeds, sending all $10,000 to Dana Farber.

Just as the “Buzz Off” took place in April, Deb found out about her diagnosis.

That’s when the Dorchester community came together and informed the Olsen family it was time for everyone else to help them.

Led by Dorchester Youth Hockey (DYH) – where the Olsen family is very active in the winter season - on Thursday night, June 9, hundreds of people packed Florian Hall to raise money for the family to defer the mounting costs of cancer treatment for both family members.

“You have this family that gets hit with Conor’s diagnosis and all they want to do it help other people,” said DYH Officer Tim Rogers. “We know the costs must be pretty high out of pocket to treat two people with cancer. They have helped so many people, and we got together with other organizations and said it was time for us to help them out.”

Said DYH Officer Shaun O’Sullivan, “Conor was diagnosed since February, but Deb’s diagnosis was a double whammy for them. We wanted to have a good old fashioned time and fill the hall. The turnout tonight (June 9) has been great and the way people have rallied around this family is a testament to what the neighborhood is all about. They helped so many people around Boston and in the neighborhood, and now people want to help them.”

Key in the effort was Sally Donahue, who did yeoman’s work to coordinate the event and the raffles. The silent auction had more than 60 items available, from hockey summer camps to an autographed hockey stick from Kevin Hayes to gift cards from Dorchester restaurants. And that was just the start.

The entire Olsen family was in attendance on Thursday, with Conor Olsen there, noting that he had finished treatments and is building up his strength. When asked what he’s most looking forward to, he said, “Getting back on the ice and in the goal.” 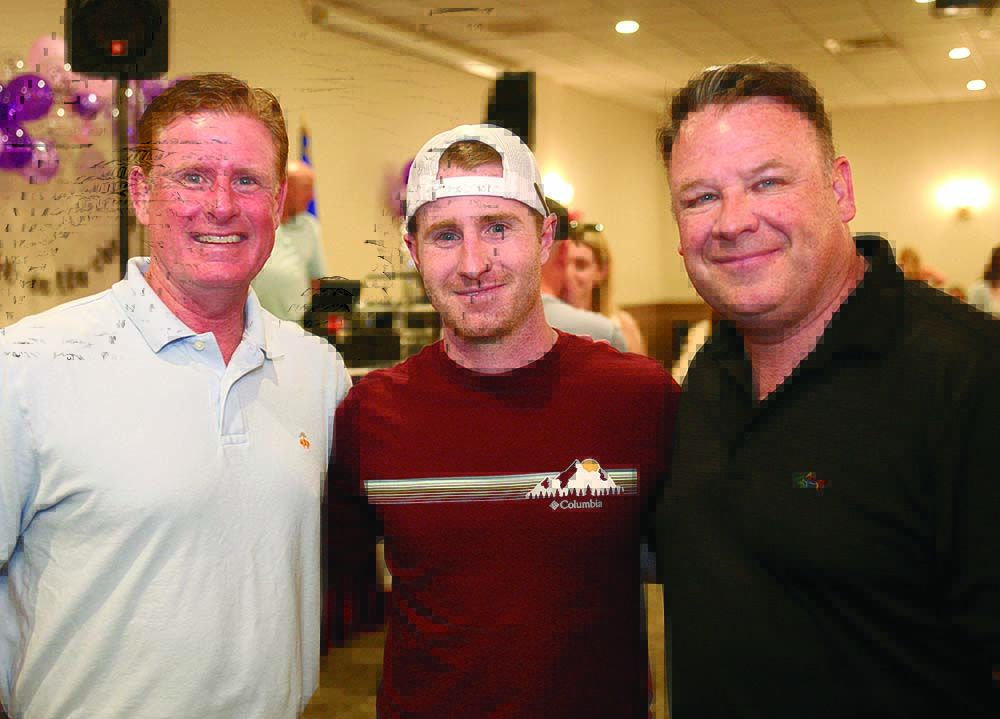 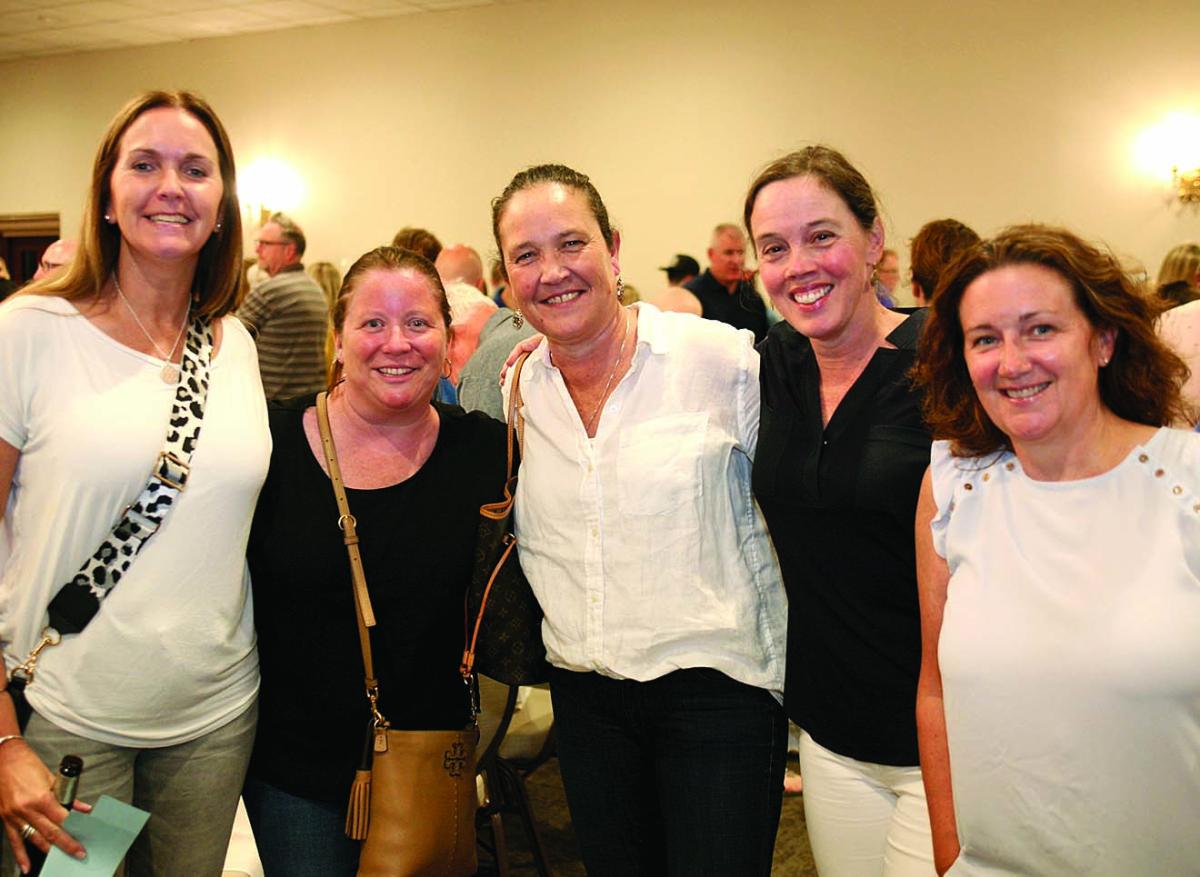 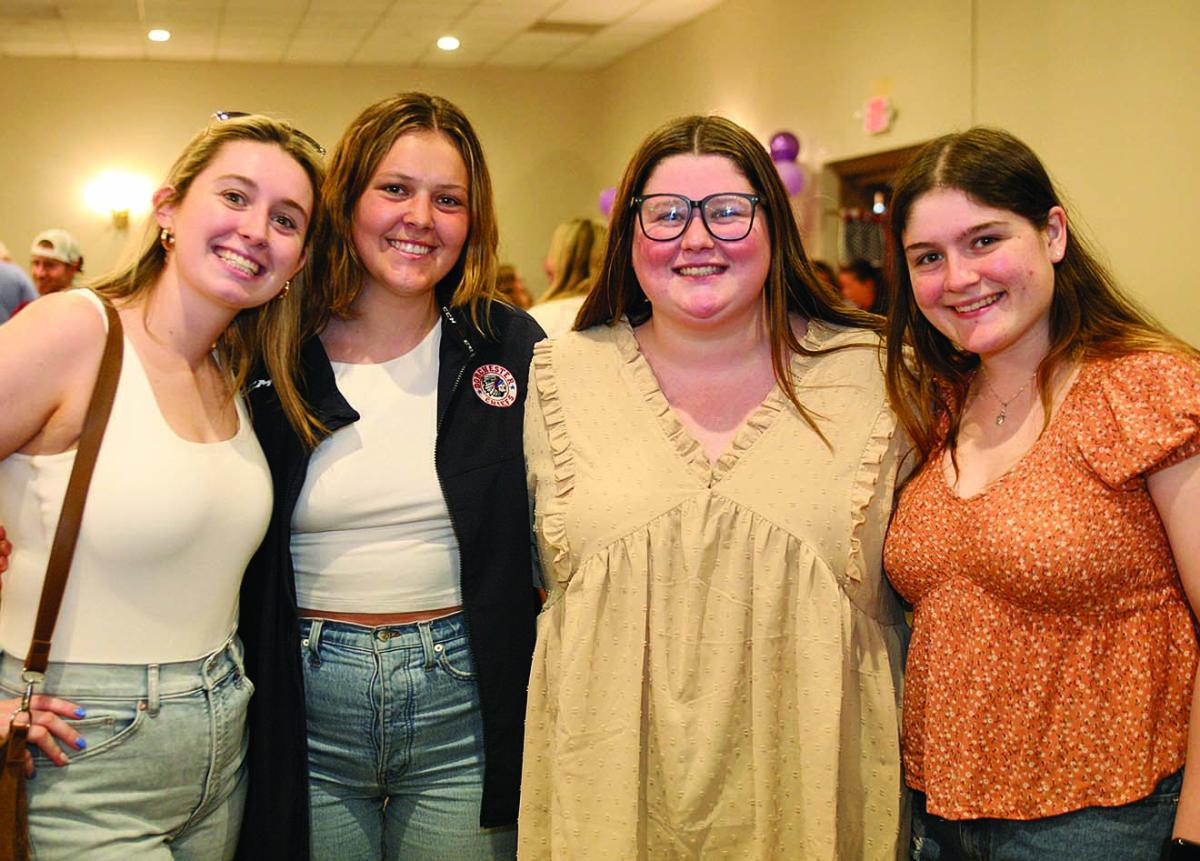 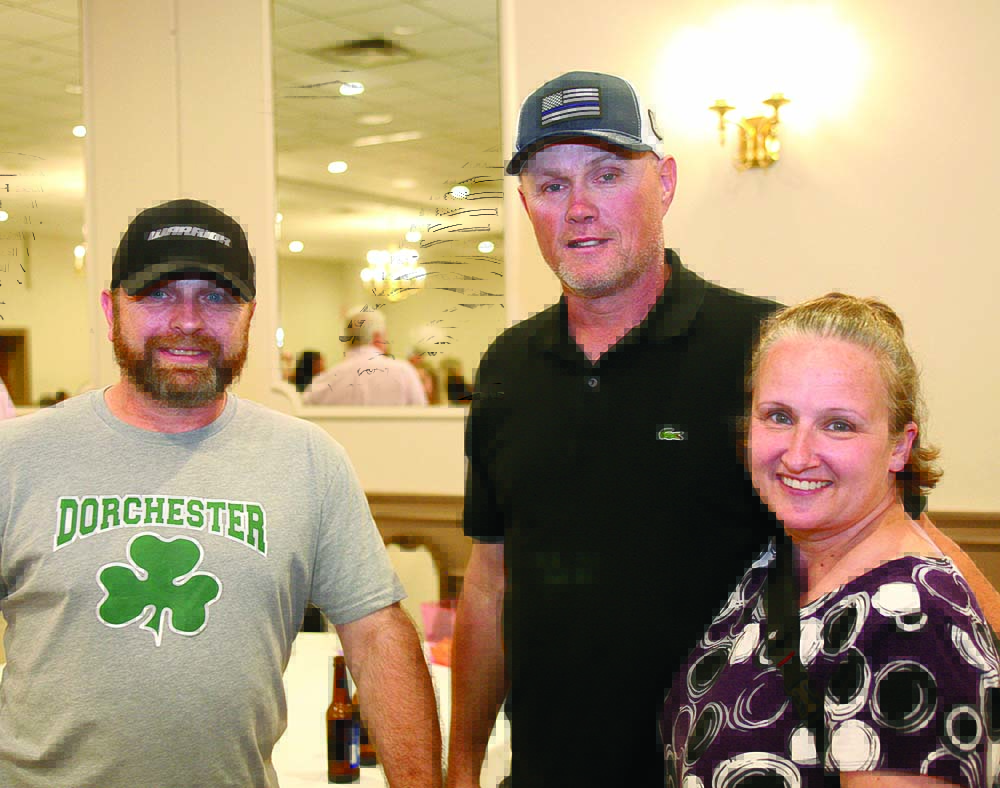 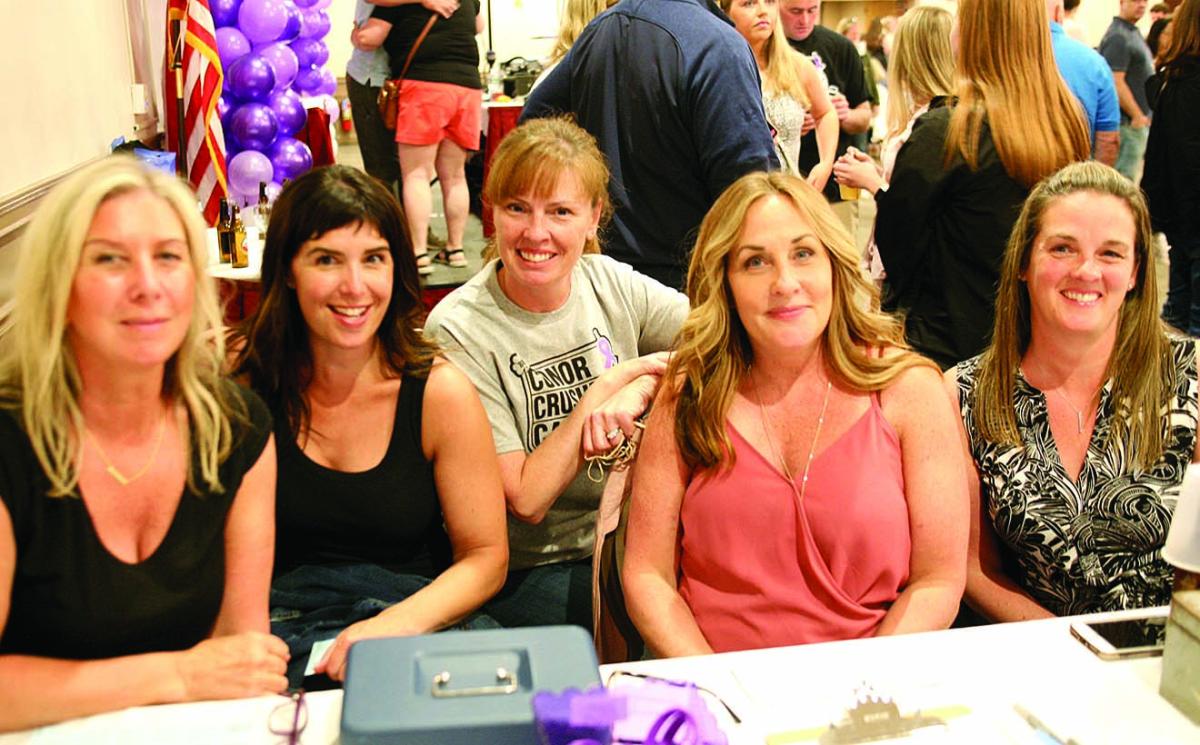 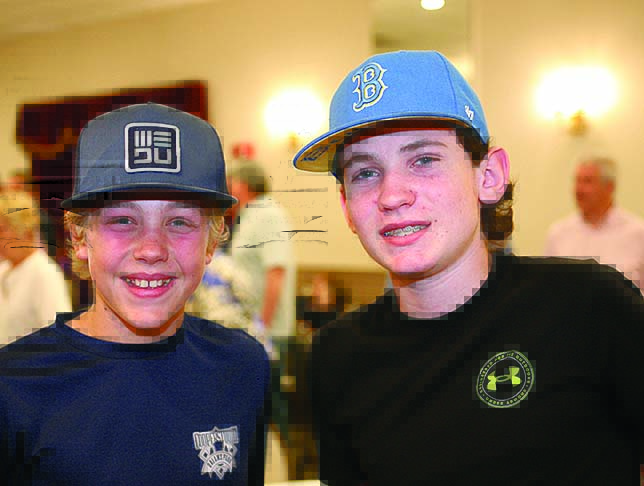 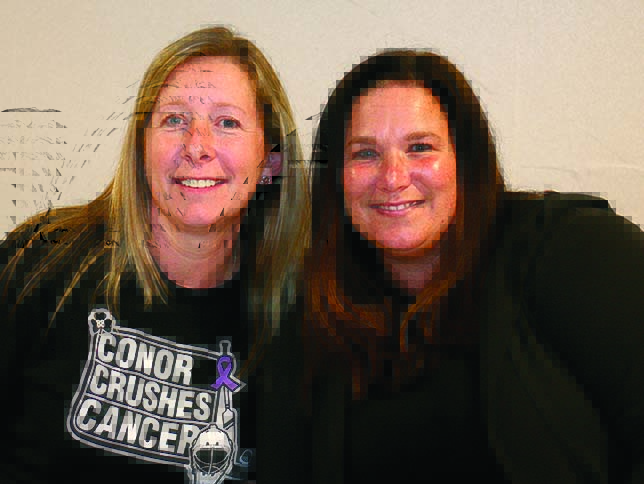 Working the door all evening long as volunteers were Melissa Driscoll and Kim Finnigan.