Nine candidates for city council have launched bids to represent District 4, an area that primarily includes parts of Dorchester and Mattapan, including Codman Square, Franklin Field, Four Corners, Fields Corner and Bowdoin-Geneva. The seat also includes parts of Roslindale and Jamaica Plain. It is currently represented by Councillor Andrea Campbell, whose run for mayor clears a path for both veteran campaigners and emerging political organizers.

Those who have made the ballot for the Sept. 14 preliminary are: Joel Richards, Deeqo Jibril, Josette Williams, Troy Smith, Leonard Lee, Brian Worrell, Will Dickerson, Evandro Carvalho, and Jacob Ureña. Urena did not respond to multiple requests for comment. 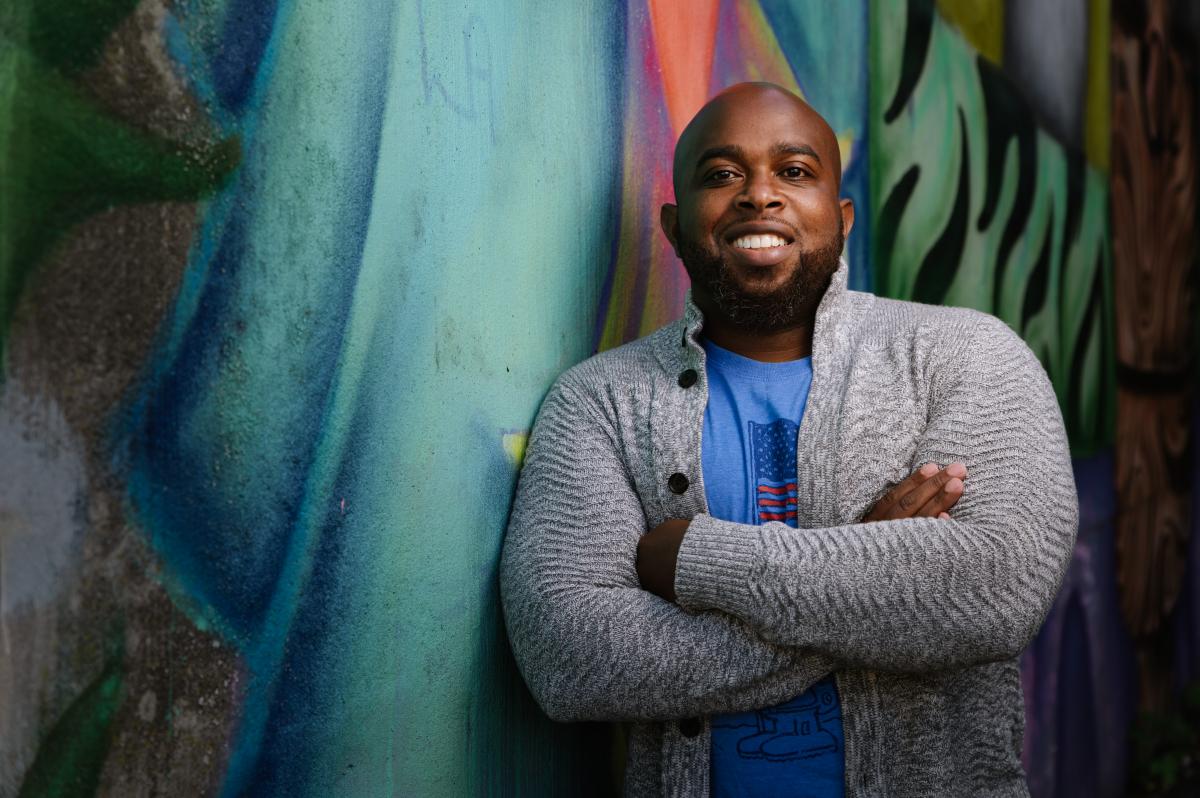 JOEL RICHARDS
A teacher of 13 years at Blackstone Elementary School in the South End, he enters the race with a highlight reel of “practical urgencies” as his priorities  – mitigating traffic congestion with investments in transit, optimizing school buildings for learning and climate efficiency, and curbing violence.

Richards positions himself as the race’s union candidate, and said he hopes to leverage his union ties and Fields Corner Main Streets board membership to accomplish a two-year “total restorative” agenda around educational and economic inequities.

A regional representative for the Boston Teachers Union, he has called updating the Boston Public Schools infrastructure “a baseline expectation,” and also expressed support for a fully elected school committee and a case-by-case aging out of BPS students.

Currently, all BPS students are required to unenroll on their twenty-second birthday, when they can pursue a Graduate Equivalency Degree (GED).

Richards sees affordable housing solutions as “critical for generating generational wealth.” He has proposed an expansion of homeownership lotteries; a Home Rule Petition that would reintroduce rent control to Boston; a Tenants Right of First Refusal clause, which could give tenants a six-month buffer period to purchase a property from their private landlord; and the implementation of a vacancy tax. 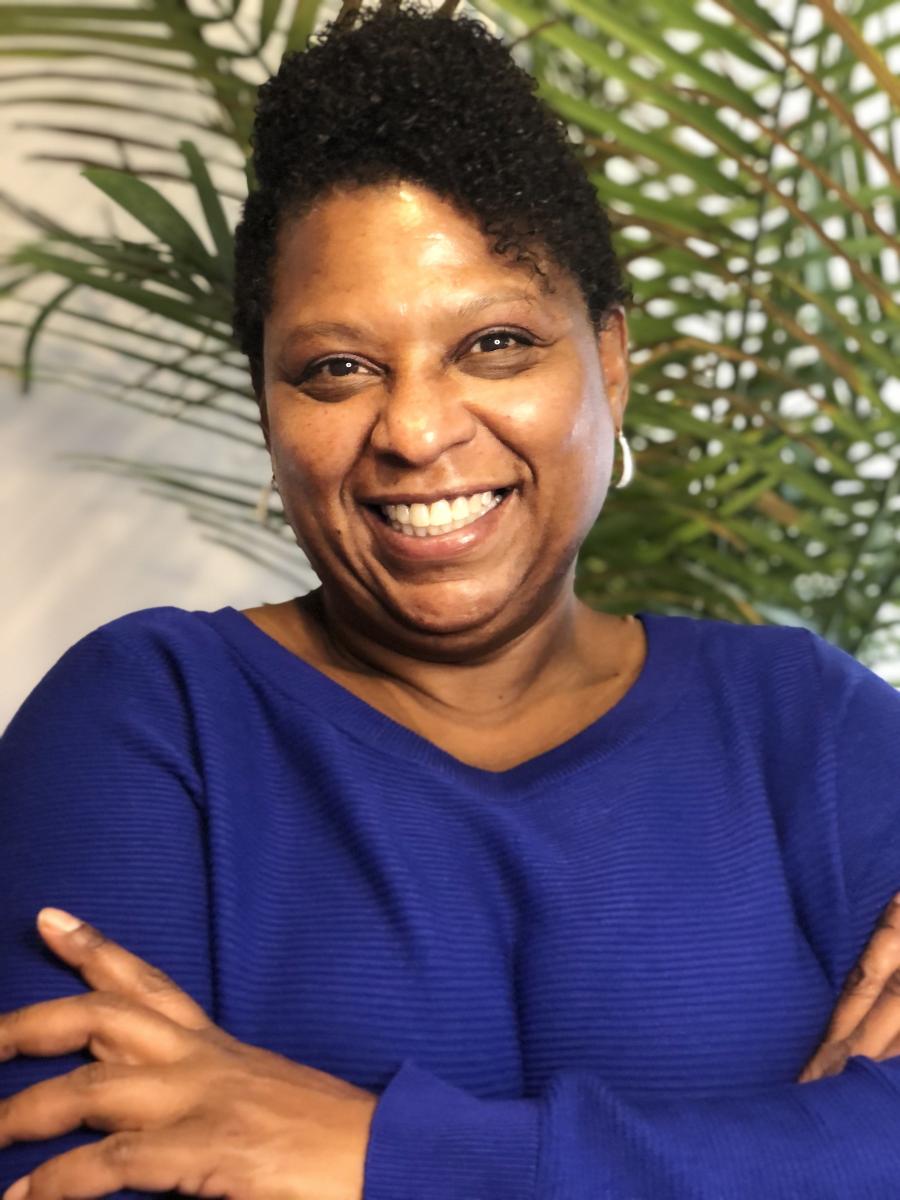 JOSETTE WILLIAMS
A Dorchester resident and recent inductee into Emerge Massachusetts, a political training organization that recruits Democrat women to run for public office, the voting rights advocate embarked on a Learning and Listening tour to kick off her campaign. She has said about the early stages of campaigning: “Win, lose, or draw, it’s about mobilizing.”

Williams is the program manager for Countdown to Kindergarten, an early childhood development program in the Boston Public Schools system, and is both a graduate of BPS and a BPS parent. She’s a strong proponent of universal preschool, and has often pitched herself as the “children and families candidate: Someone who cares about what happens at home.”

A founder member of Vital Village, a prenatal and early childhood development nonprofit that operates out of Boston Medical Center, she advocates for expanded mental health resources in schools.

On public safety, she argues for a reeducated police force and a reallocation of Boston Police Department funds to mental health resources. “When Black folks or battered women who’ve suffered sexual assault or domestic violence need to call the police and don’t, that’s continued violence. Restoring trust benefits everyone,” she said.

A single mother and lifelong renter, Williams has emphasized the need for pathways to homeownership, including developing rent-to-own parcels and the implementation of a Tenant’s Right to First Refusal provision. 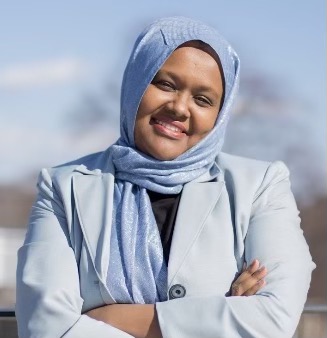 DEEQO JIBRIL
A Somali refugee and self-identified “candidate for the people,” she launched her campaign with the intent to “bring the shared struggles of women and immigrants to the table.” This is her second run for city council; she ran to represent District 7 in 2017, but lost to Kim Janey, now the acting mayor.

Jibril has called herself the “coalition candidate,” and has made the focus of her campaign economic resilience and Covid-19 recovery; educational opportunity and youth development; and housing stability.

With compelling anecdotes from her grueling overseas journey to the States – eating her first peanut-butter-and-jelly sandwich at a refugee camp in Mombasa – she affirmed that her priorities in the race are aimed at “decriminalizing poverty.”

A proponent of a hybrid school committee and the construction of a new high school in Mattapan, Jibril, a mother of four, said there is “not an equally distributed level of attention given to the 140 schools in district four, and that needs to change.”

She has also called for increased transparency within the BPD while citing her fears that her son, who is Black and Muslim, will have a fatal interaction with the police.

Jibril works at the Office of Economic Development and owns her small business, The African Mall in Roxbury. Her campaign’s flagship economic proposal is a public no-interest loan plan of up to $50,000 for small businesses. 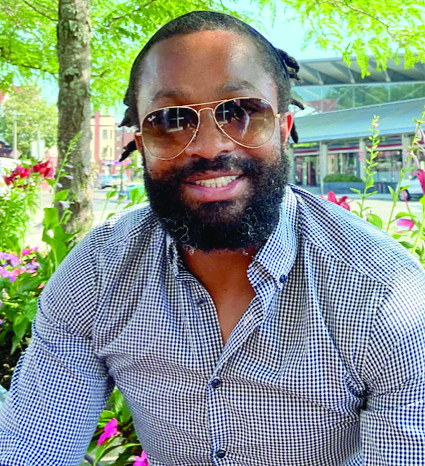 EVANDRO CARVALHO
A familiar presence in Dorchester and Massachusetts politics, he has joined the race to become “your neighborhood councillor” and is looking to redefine the meaning of a “real progressive.”

Carvalho represented the 5th Suffolk district in the Legislature from 2014 to 2019, when he ran for Suffolk County District Attorney. Many areas of District 4 fall within the boundaries of his onetime constituency, including parts of wards 14, 15, and 17.

“We push for radical change and push the boundaries of what’s considered attainable because there will always be sacrifices and compromises down the line,” Carvalho said. “These aren’t setbacks as long as we’re moving in the right direction.”

He has described his policy on affordable housing as a “holistic approach.”

Carvalho, who immigrated to Boston from Cape Verde at 15 years old, has advocated an increase of the Inclusionary Development Policy (IDP) to 20 percent from 13 percent. The IDP dictates the threshold requirement of affordable housing units in new housing developments.

He has also pushed for increased reliance on neighborhood and block associations for public safety, the promotion of vocational technical education in Boston Public Schools, and the undertaking of “race-conscious decision making” on the permitting and awarding of city contracts to small businesses.

He currently serves as the executive director of the Boston Human Rights Commission. 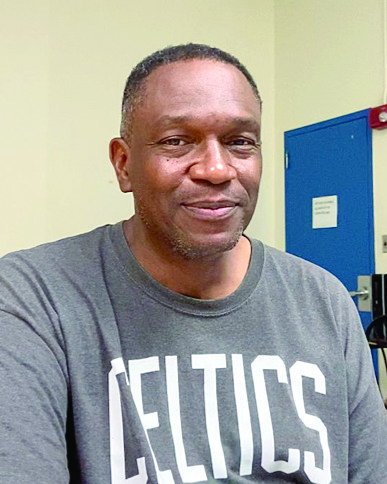 TROY SMITH
Born and raised in Dorchester, he joined the District Four race from the Boston Centers for Youth and Families agency. The Perkins Community Center program director has pastored two local churches and has spent the last two decades similarly “shepherding” the community’s young people.

“We prepare them, walk with them, and then we release them,” he said, “and that kind of accompaniment is something this district needs.”

A regular attendee at monthly community meetings held by the BPD’s District B, Smith said he is “sympathetic to police officers because they are our family members, they are youth who have come through the community center.” He has pushed for a “restructured” police budget and ongoing sensitivity training for officers.

Along with his experience budgeting funds for the Perkins, his involvement in community forums, he says, has shown him “the city of Boston has too many resources to be failing its people,” and much of his policy perspective relies on principles of government transparency and accessibility.

“People need to feel that they’re part of the process, and people in power are elected to look out for other people, not just for themselves or their political preservation,” he said.

An advocate for vocational technical programming at the middle and elementary school level, he said he would expand resources for afterschool programs to promote youth engagement and deter violence. 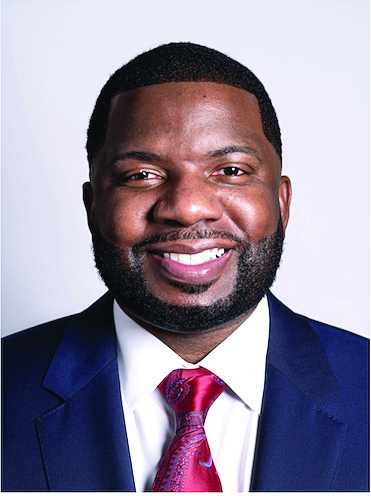 WILLIAM DICKERSON
Bearing the same name as his father, a renowned reverend at Greater Love Tabernacle Church, Dickerson calls himself a “Son of District Four.”

He currently serves with the Boston Residents Job Policy (BRJP) program of the Office of Economic Development, and he has previously been community liaison for the BPD’s District B-3, positions that have influenced his campaign priorities: mental health, economic development, and public safety.

Expanding and strengthening after-school programs top Dickerson’s list of educational initiatives, and he believes eliminating barriers of entry for community youth who aspire to join the police force also presents a two-in-one remedy to youth and police violence.

“We should get serious about equity. We have many young, brilliant people who would excel in law enforcement, who’ve grown up in this community, and are familiar with it. We need to entrust them with our policing, with keeping us safe,” he said.

Dickerson is also a proponent of an elected school committee and new school buildings. He has also proposed a modified version of universal transit-fare-free public transportation between 7 a.m. and 5 p.m. during weekdays, as well as an expansion of youth passes to include college students.

He has received a maximum donation of $1,000 from former Boston police commissioner William Gross. 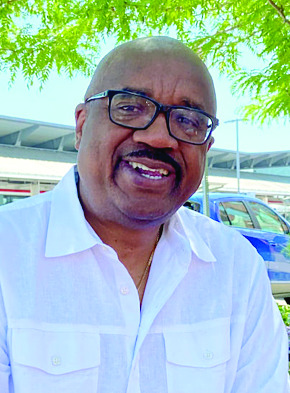 LEONARD LEE
A well-known figure in the public service sector, he joined the race after a year at the helm of Masking the Community, a free mask and personal protective equipment (PPE) distribution program.

A METCO student from the “wrong side of Washington Street,” Lee worked at the Dorchester Neighborhood Service Center for eleven years before serving as Connecticut’s deputy commissioner of public health. He later returned home to oversee the Melnea Cass Recreation Complex in Roxbury, all while maintaining a backyard beekeeping hobby.

His vision targets youth violence prevention, with an added focus on economic development for small businesses and equitable senior services.
He is opposed to severing ties between the schools and the police while acknowledging a need for police reform and advocating for programs that deter young people from acquiring firearms.

He has called charter schools “an insult to any parent who pays taxes in the city of Boston,” and says the derelict infrastructure of BPS buildings “is nothing new” as he pushes for “overdue” lead and asbestos screenings on school campuses before any retrofitting is done with climate change in mind.

“We’ve ignored some basic issues that contribute to kids’ health. Everybody wins if we’re consistent with our funding of schools and programs across our community,” he said. 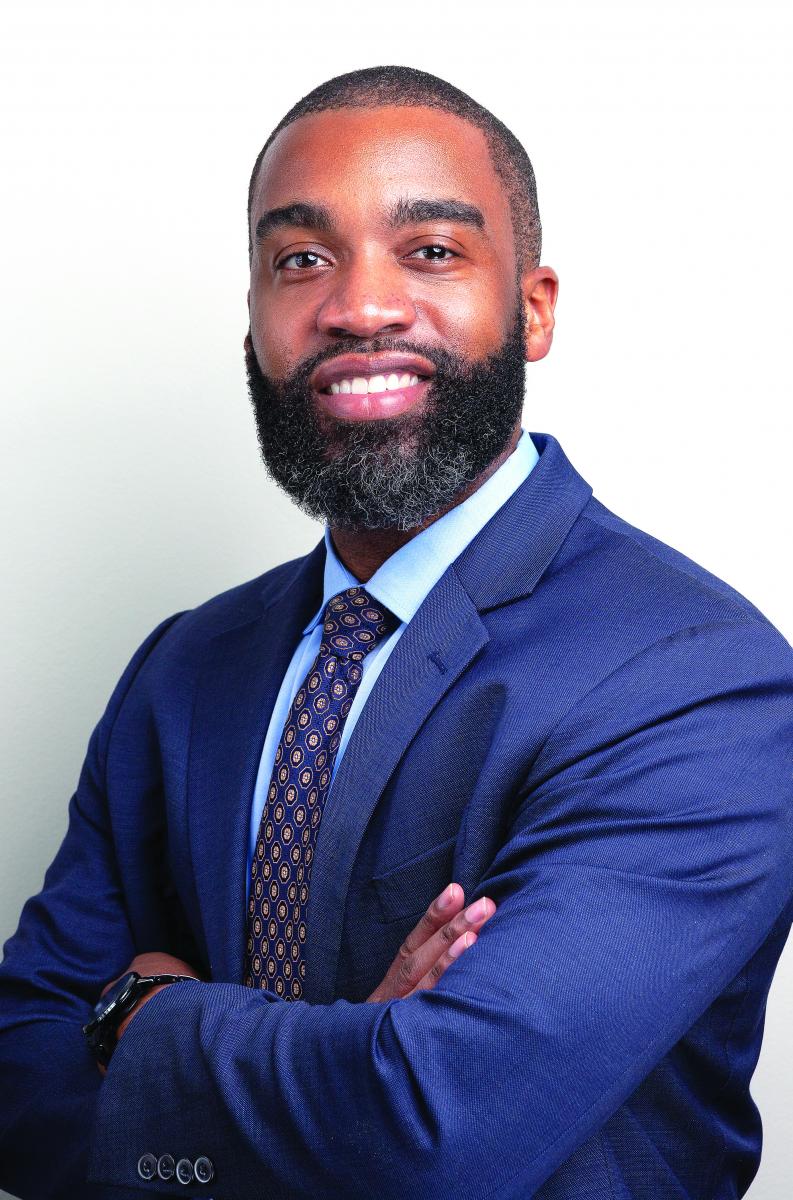 BRIAN WORRELL
In tossing his name into the hat for a District 4 seat this businessman and first-generation American is taking his maiden political voyage. The real estate investor and former “METCO kid” has said his priority is to help propagate throughout the district the educational opportunity that he feels contributed to his success, and to parlay his experience with the housing market to implement affordable housing solutions.

Although he is the only candidate who has not expressed support for rent control, he is an advocate for all-income housing developments, the repossession and development of vacant lots, and an increased focus on housing solutions for senior citizens.

“Fewer people get displaced through homeownership,” he told the Reporter, “and it’s important that the city is making homeownership a possibility for families and making stable, affordable housing accessible to everyone.”

“District 4 has had the word ‘underserved’ attached to it for as long as I’ve lived here, and I’m looking to remove that word from our community vernacular,” he said.