Terrence Clarke, who passed away last week at the age of 19, left his mark on the community after honing his basketball skills at the Davis Leadership Academy, in the DotHouse gym, and on courts across Boston.

This week the Greater Boston basketball community continued to mourn the loss of Terrence Clarke, a bright prospect from Dorchester who passed away in Los Angeles last Thursday at the age of 19 following a car accident.

Clarke was one of the most promising young players to emerge from the city in years. An athletic six foot seven wing, he was a consensus five star player after finishing his high school career at Brewster Academy in New Hampshire and committing to play college ball at the University of Kentucky, where he was a freshman guard this past season. Clarke, a projected lottery pick entering the season, declared for the NBA draft last month and announced he was signing with Klutch Sports, an agency that represents the likes of LeBron James, Anthony Davis, and Ben Simmons.

In recent years, Clarke had built relationships with some current Celtics stars in Jaylen Brown, Jayson Tatum, and Kemba Walker, who trained with and mentored Clarke in the months leading up to the draft. As news of his death reached social media, Brown and others expressed shock and grief. Brown urged the NBA honor Clarke posthumously by “[letting] my lil bro’s name” get called at this year’s draft. Clarke had dreamed of playing in the league for his hometown Boston Celtics.

Last weekend, an impromptu memorial materialized outside of the Helen Y. Davis Leadership Academy in Fields Corner, where Clarke attended middle school. A crowd of hundreds gathered to pay their respects, scrawling heartfelt messages on votive candles in the shape of a 5, Clarke’s jersey number. 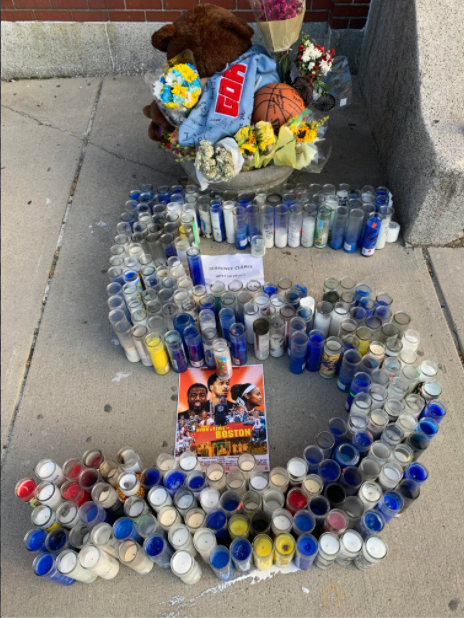 As the Dorchester native’s stardom blossomed over the course of his middle and high school careers, he wholeheartedly embraced his role as a mentor for scores of Boston area youth.

A week after his passing, it’s becoming clear just how many young lives Clarke touched, from his home neighborhood to far corners of the Commonwealth and across the northeast.

Trae Jones, a 13-year-old from Braintree, told the Reporter he interacted with Clarke at regional basketball tournaments and on the AAU circuit before becoming close with him, chatting occasionally via Facetime and online video games. News of Clarke’s death hit him hard.

“I cried a lot that night,” he said. “He warmed up everybody’s hearts; he was someone I looked up to a lot.”

Jones listed Clarke alongside Shabazz Napier and other generational talents to come out of Boston with the city’s dreams on their shoulders. A guard for the Team New England AAU program, he holds similar NBA aspirations and hopes to follow in Clarke’s footsteps. 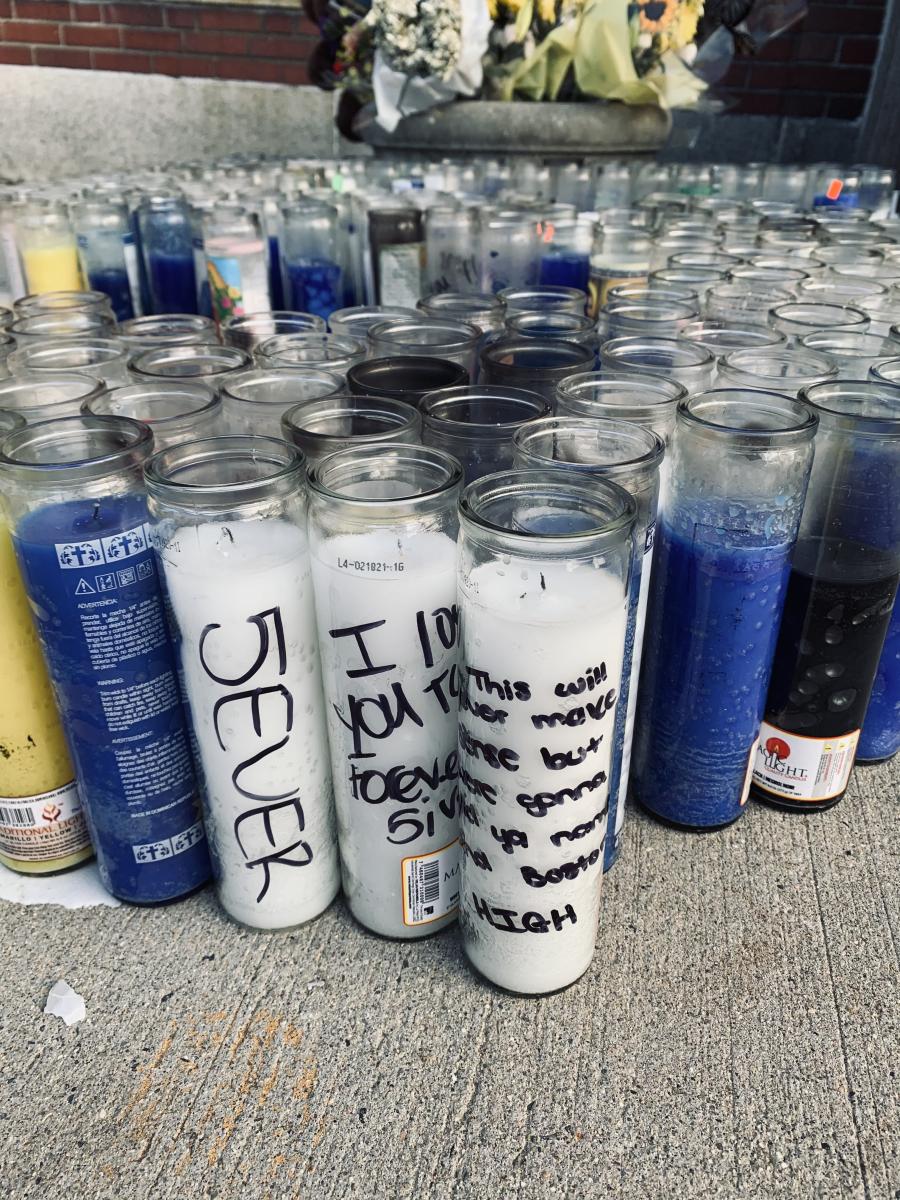 Mason Ward, a 9-year-old from Stoughton, met Clarke at a basketball camp.

“He told me to keep working hard,” recalled Ward. “His attitude was really good, his work ethic was really good...he showed us Boston kids that we could come from Boston and compete with anyone in the world.”

On Wednesday afternoon, Lance Kaba, 18, of Dorchester, was shooting hoops in the Dorchester House gym, where he says he saw the seeds of Clarke’s career begin to germinate. Beyond Clarke's unmatched athleticism and basketball talent, Kaba remembers his infectious smile and good-natured aura.

“Terrence was one of those kids who would come here from Davis after school,” he said. “He would come around and all of a sudden you would just have good energy. I don’t know how he did it.”

Kaba, known affectionately as “Lasagna” by his basketball peers, Clarke included, admired how the young star showed respect to--and in turn received it from--everyone he met.

“He never was arrogant or showed bad energy, even when all the popularity started coming his way,” said Kaba. “With all the clout he never changed--he kept the same energy, same personality.”

Inspired by Clarke, Kaba chose to wear the number five for his high school team at Snowden International School; surely more youngsters across the Greater Boston area will don the same numbered jersey in tribute, if they haven’t already. While crushed by the loss, Kaba knows Clarke’s spirit will live on in the city’s youth, who are now doubly inspired to take up the torch and fulfill his NBA dreams.

“He’s gonna make kids here push harder. We gotta do it for him.”