We’re ready for our customers, says Vu Huynh from the middle of his new dining area. Daniel Sheehan photo

The opening of a new Vietnamese restaurant in Fields Corner by the end of the month will be the culmination of years of hard work by owner Vu Huynh, who says his eatery will be a place “for the community.”

Huong Que, which Huynh said translates roughly to “countryside recipes,” has taken over a space at 272 Adams St. north of Park Street that formerly housed another eatery, My Sister’s Crawfish. The restaurant, which at this point boasts a clean white storefront, a shiny new kitchen, and a fully redecorated interior, is Huynh’s first venture into the culinary arts.

After immigrating to Dorchester from Vietnam in 1992, Huynh worked as a dishwasher and a doorman before eventually settling into a job with Boston Public Schools. That foundation of hard work, he said, afforded him the opportunity to acquire the restaurant space last year shortly after the onset of the pandemic.

“In Vietnam, I came from a poor family, but here there is opportunity everywhere,” explained Huynh. “I came here and worked my best. Now I have a house, a wife, a family, and I’m happy...it doesn’t matter what type of work you do when you put in the effort.”

When the coronavirus began to spread, it not only led Huynh to think about his own morbidity, but it also raised the existential stakes of his project. He grew even more determined to take a bold step, embrace the risk, and make an impact in the neighborhood.

“I said ‘As long as I am alive, I will make it happen,’” said Huynh. “If I have my health, nothing else can stop me.” 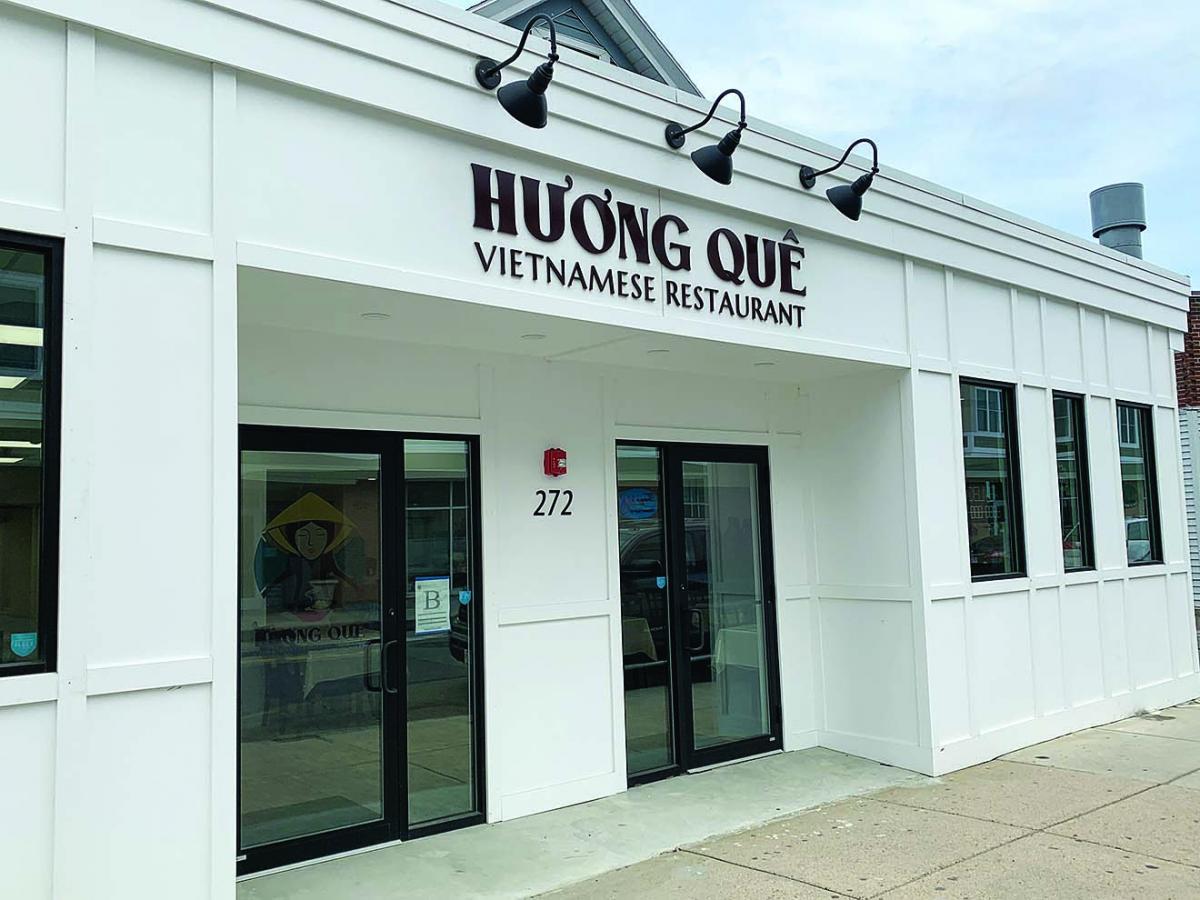 The restaurant storefront at 272 Adams St.

The 48-seat restaurant will offer a menu that appeals to Vietnamese, Vietnamese-Americans, and Americans alike, said Huynh, who hopes to see customers from older generations, younger families, and patrons from all walks of life.

Opening the eatery is not exactly the fulfillment of a lifelong dream: “I never thought I’d own a restaurant,” admitted Huynh. But with the help of a chef he has known for years, he’s hoping to “introduce food to my friends, and share my culture, my cuisine.”

Unique to Huynh’s approach to the restaurant business is that he views Huong Que as a communal asset, a welcoming place of comfort and refuge for the greater good where everyone will be welcome.

“I want everyone to be able to eat here, and when I say that, I mean it,” he said. “You hungry, but can’t pay? Come and eat, and bring the money tomorrow...I have a warm heart, I like to share with friends. It’s how I was raised.”

Which is not an attitude that most restaurateurs hold, especially in an industry that survives on razor-thin margins and is subject to an unstable, recovering economy. But knowing what good can come from hard work and a little faith, Huynh is happy to do things his way.