A bicycle rack outside of the new Boston Public Library brancj library on Adams Street. The just-finished bulding will open to the public during a ceremony planned for Sat. July 31. Bill Forry photo

The brand-new Adams Street branch library, an $18.3 million investment by city government, will open to the public during a ribbon-cutting celebration on Sat., July 31. The building replaces a smaller structure that housed the branch from the 1950s until 2019, when the Walsh administration launched a promised reinvention of the facility that’s situated two blocks from the Adams Village business district.

The reboot nearly doubles the footprint of the old branch, offering 260 seats and 27,000-plus volumes in its collection.

The exterior of the 13,450-square-foot building is striking, its sharp angles finished with glazed terra cotta panels and copper. Inside, the space is brightened by floor-to-ceiling windows that offer substantial views of the surrounding neighborhoods, a lovely rock garden, and beyond to the Blue Hills. Overhead, the undulating ceiling is accented with wood-beam baffles meant to mimic the peaks of the roofs on neighboring homes. 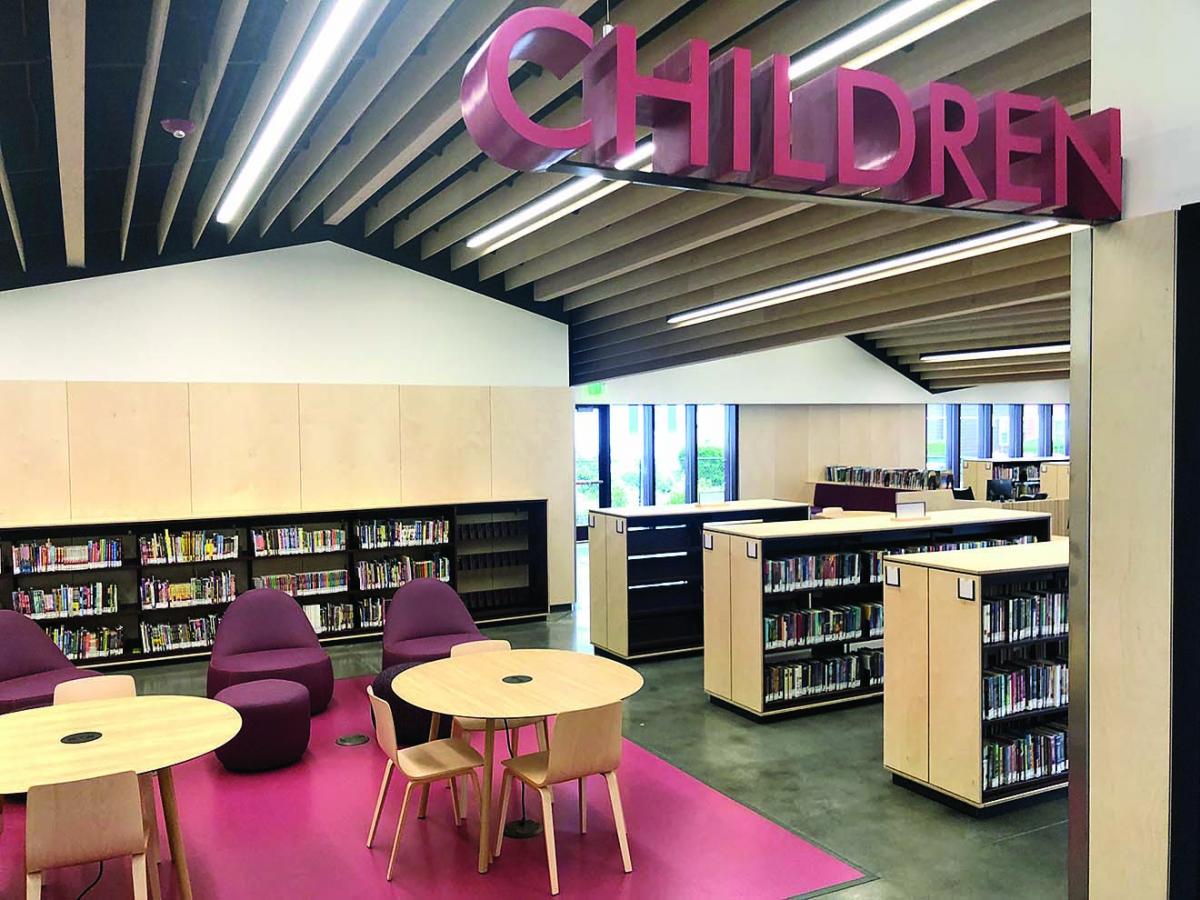 Gone is the closed-in feel of the old library, where the walls were lined with books. Instead, the bookshelves have been pushed inside so that seating— including laptop bars and colorful lounge chairs— are grouped along the windows, with plenty of outlets for visitors to plug in and juice their laptops and smartphones.

“We’re thrilled and we hope the community will be, too,” said David Leonard, the president of the Boston Public Library. “The old branch was much-loved, but this completely new building certainly raises the bar.”

One element of the old branch that has been preserved is an impressive oak tree that rises high above the building at the northwest corner of the site, at Adams Street and Oakton Avenue.

“One of the things that was really important to the community was keeping this beautiful tree healthy and protected, and it was,” said Priscilla Foley, director of neighborhood services for the BPL. “It got regular inspections during the construction. And we’re able to keep the reading garden in the same space that it was before. It’s also open to the community when we’re not open, which is one of the things that we appreciated about it before.”

Everything else about the branch is brand new and better than before. In the old library, books were stacked in shelving along the walls. Tiny windows offered little in the way of natural light.  The new building turns that concept on its head with clear glass curtain walls on all sides that allow natural light to pour in.

“What we’ve done is actually made the neighborhood and the library to connect in,” said Alison Ford, director of major projects for the BPL. “So, you can see everything that’s happening outside from every part of the library. And then similarly people can see in. And so that transparency is really just a way to open up the library.”

The branch also features a large community room, which can accommodate 100 seats. The space has been named for the late Ashmont-Adams civic leader Patricia O’Neill, who died last year at age 80. The room will be used for special events and will be a polling location, although it is not yet clear whether it will be online in time for the September preliminary election. It features a drop-down screen and modern audio-visual system.

There are also two conference rooms that patrons can reserve for meetings. And, in a first for a branch library in Boston, the Adams Street location includes a music room, which will function as a sort of “instrument petting zoo,” according to Foley.

Another highlight of the branch is a large early literacy space with low-seating for smaller children and a custom-designed mural etched into millwork featuring various faces from the Animal Kingdom. 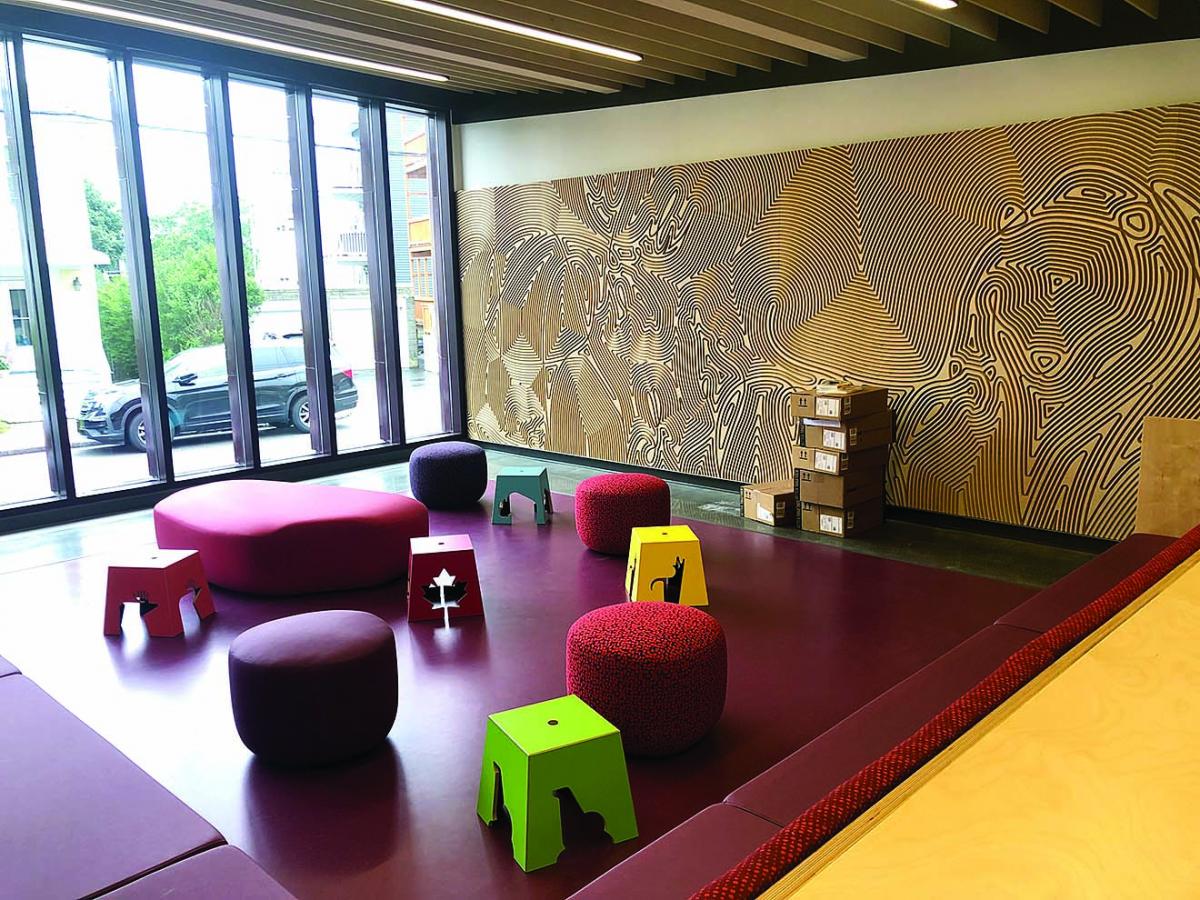 “We wanted the early literacy space to be really welcoming and large for the community. And we anticipate larger afterschool crowds because those kids have grown up and they’ll want to be here,” said Ford.

Staff began working inside the branch on Tuesday, but the doors will not open until July 31 to give librarians time to get settled into their new workspace and put the finishing touches ahead of the grand opening, which will be led by acting Mayor Kim Janey. 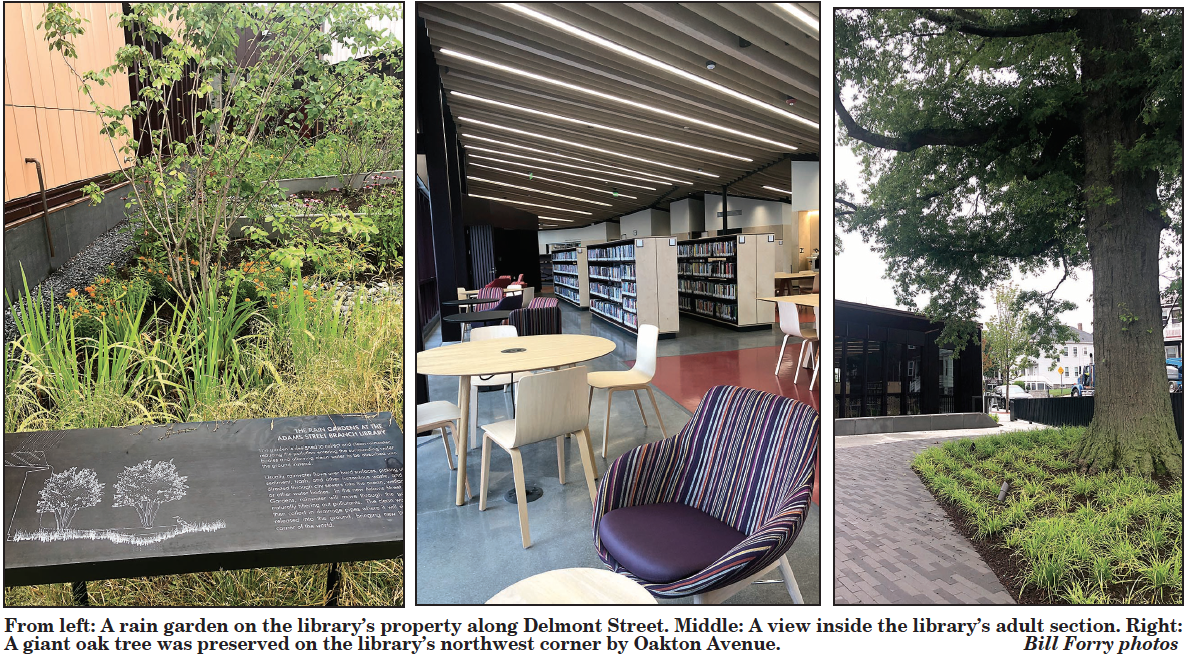 The large investment in the Adams Street branch and other BPL locations— including a newly-renovated facility in Roxbury’s Nubian Square— reflects a major commitment from the Walsh administration, which budgeted $130.5 million for renovations and new construction of library buildings in his most recent capital plan, which extends out to 2025.

Leonard says that if past is prologue, the sparkling new Adams Street branch can expect to see a significant uptick in patronage when the doors swing open a week from Saturday.

“We’ve seen in the last six years that when we renovate, the usage goes through the roof. We saw a 40 percent increase at the central library after that was renovated in 2016. And we see it occur in the branches, too,” said Leonard. “It’s about realizing the role of the library. It’s much broader now. Yes, there are books and story-time and homework help, but there’s a whole wide range of programs that cover everything from cultural engagement to workforce development.”