A grapple crane inside a processing facility in Haverhill, Mass. prepares to move waste to the incinerator. Photo courtesy Covanta

I am a shameless garbage picker. It’s not uncommon to find me walking my dog on Wednesday nights in Dorchester, leash in one hand, shabby plant stand or bench in need of TLC in the other, or, in some cases, slung over my shoulders.

It’s hard not to pick trash occasionally when you look at the abundance of items on the curb every week, leaving you to wonder: What happens to all that waste, anyway?

In Boston, all residential waste is burned. Eighty percent of it is picked up by Capital Waste and sent to Covanta energy-transfer stations. Dorchester’s waste is part of the 110,000 annual tons from Boston that are sent to Lynn, where the garbage is inspected before it’s transferred from small to large trucks and hauled to an incinerator in Haverhill.

I recently took a Covid-driven virtual tour of the Haverhill site, courtesy of Covanta area asset manager for the Commonwealth, Mark Van Waldeen. As the large waste trucks come in, they dump their loads on a tip floor, which funnels the waste to a holding pit. A crane then scoops the waste into a chute that feeds it into the boiler, which burns the combustible material at 2,000 degrees Fahrenheit producing steam that powers a massive turbine that generates electricity, enough to power 31,000 homes for a year.

Any steam that exits the facility passes through multiple steps of cleaning, including a carbon-injection process that neutralizes heavy metals and a series of vacuum cleaner filter-like bags that trap any additional particles or harmful substances.

Meanwhile, the non-combustible ash is discharged and passed over by powerful magnets that extract any metals, including millions of dollars worth of spare change that is cleaned and eventually recirculated (it’s illegal to destroy money). Any additional metal extracted is recycled.

The leftover ash goes to a monofill, a type of landfill intended for one kind of waste. Covanta has invested millions in rolling out an ash processing system that washes the ash and extracts even more of the aggregate like glass and sand, but it has not yet rolled that out in the Haverhill facility,which processes 594,000 tons of waste annually.

Brian Coughlin, superintendent of waste reduction for the Boston Department of Public Works, says the city creates about 250,000 tons of residential waste and recycling per year. The Covanta waste-to-energy plant is a decent disposal option, given the alternatives: landfills require a lot of space, and additional hauling, which costs money per mile and adds to the carbon footprint. And there’s always Nimbyism to contend with – what community welcomes waste disposal facilities in its backyard?

And that creates a bit of an issue: The number of companies who do waste removal and disposal, including the hauling done by Capitol Waste, is very small. And the disposal options are few.

“There are only one or two players in the market, so the bidding isn’t very competitive,” said Coughlin. “If they were to one day say, ‘I can’t take your stuff,’ we’re in a lot of trouble.”

Which is why the city is looking at building its own disposal facility within its boundaries, a vision that will require concerted attention from policymakers and residents to become real. Such a facility would create green jobs, bring revenue to the city, and create energy to fuel buildings and charging stations, Coughlin said.

“We could have a future where transportation, busing, schools, and police vehicles could all be net zero carbon emissions,” he noted. “We spend $50 million a year on waste disposal, and if any of these facilities close, we’d have to pay to haul the trash farther away.

He added: “Imagine if instead we had the ability to dispose of the waste right here and create energy? We could fuel all city buildings, and there could be whole neighborhoods that don’t have to pay for electricity. There could be a lot of benefit to the community.”

Waste disposal costs aren’t likely to come down any time soon. Recycling is not a viable alternative, either. According to Coughlin, recycling costs more per ton than trash disposal. “The recycling market is terrible,” he said. “You have to pay to collect it, and you have to pay the facility to dispose of it.” 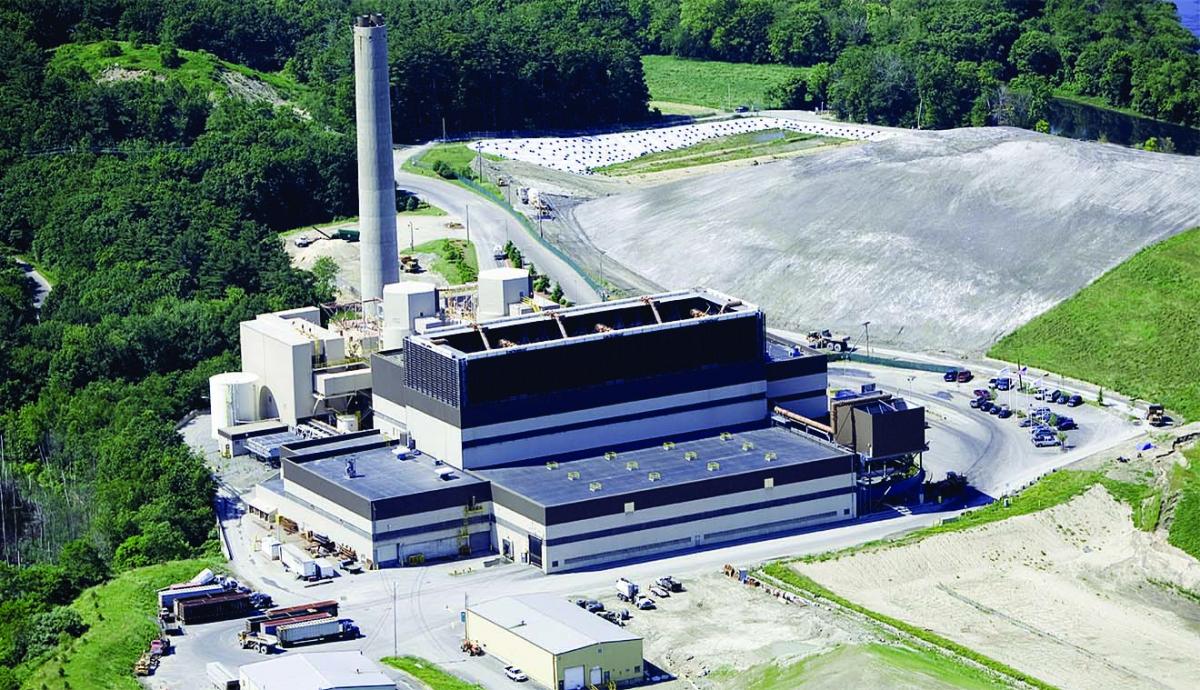 A question of safety

Then there is the question of how environmentally safe waste-to-energy plants are. According to Casper Ohm, an environmental scientist based in the U.K. and the founder of Water-Pollution.org, they are our best option.

“Generating electricity from incineration releases less CO2, SO2, NOx, and mercury than coal and oil do,” said Ohm. “Landfill waste is also significantly reduced, and thus the resulting leachate and methane from decomposing landfills are also minimized. Waste is also a fairly reliable source of energy; its production is typically predictable and low-cost whereas fossil fuel prices can fluctuate dramatically.”

Waste-to-energy plants are very popular worldwide, though there are only 86 operating in the US, presumably because there has always been space to dump trash here or export it to third world countries.

“The cost of construction for a new plant often exceeds $100 million, and larger plants require double or triple that figure to establish,” said Ohm. “In addition, the economic benefits of the investment aren’t immediately noticeable. Since the US has a surplus of available land, it can choose to pursue more financially viable options such as landfills. The expenses associated with a landfill are far less significant than those associated with a waste-to-energy facility.”

Increasingly, though, other nations have stopped taking our trash — a practice that has been fraught with its own environmental calamities — and space here is becoming more scarce. If a state like Texas, which has available land, will accept trash from New England, we’d still have to haul it there.

“There’s no perfect solution when it comes to dealing with solid waste,” said Philip Pedros, senior process engineer at Stantec in Burlington, Mass. “Waste to energy does have a lot of merit, because energy is important, especially in New England in winter, [where] we can’t get along without it.”

As you take your bins to the curb this week, try to be more mindful about what you’re doing. Could you be reusing any of the items you’re tossing awauy, or putting them up for free on a Buy Nothing Facebook page or Craigslist? Just because waste disposal isn’t an itemized line on your tax bill doesn’t mean there aren’t costs associated with it.

Understanding exactly where our trash goes, and the financial and environmental consequences of its disposal, will help get Boston closer to its goal of being at 80 percent zero waste by 2035.

“We have a lot to do. We need to get going,” said Coughlin.