MC Spice the Legend, a Roxbury-raised rapper and producer, wrote the lyrics to Good Vibrations, which was a number one hit on the pop charts in 1991. The song was a collaboration between MC Spice, Donnie Wahlberg and Mark Wahlberg, then-known as Marky Mark.

July 1991. Here in Dorchester, we were midstream through a summer punctuated by a still-smoldering wave of violence that had peaked the year before with a body count of 156 souls, still an all-time-high for Boston.

For me, it was the break between high school graduation and college orientation. It was spent mainly at the Boys and Girls Clubs of Dorchester’s Marr building on Deer Street, where I worked alongside fellow teens lucky enough to get hired to supervise younger kids. For many of them, it was their refuge from rival street gangs and other monsters who stalked their peers for fun and petty treasures.

The music of that era on the streets of Dorchester was a blend of boom-bap rap and RnB swing popularized in films like New Jack City. Bell Biv Devoe (BBD), the offshoot of Boston's own New Edition was on tour promoting, among other hits, the immortal "Poison." Boyz II Men was out with "Motown Philly," their smash debut produced by BBD's own Michael Bivins. "I Gots to Have It" by Roxbury's own Edo G and Da Bulldogs — the closest thing to a rap anthem ever generated by a Boston crew— was on heavy rotation.

Then, in mid-July '91, a new entry started moving up the charts: "Good Vibrations" by Marky Mark and Da Funky Bunch, fronted by Dot native Mark Wahlberg.

I’d seen ‘Marky’ before. In July 1990, I agreed to drive my younger sister to see her favorite band, New Kids on the Block, who performed at Foxborough stadium. Mark— then an unknown artist— opened for the world-touring boy band, which included his older brother Donnie. Even with a pair of earplugs firmly in place, I couldn’t hear much over the din of 50,000 screaming pre-teen girls. But it’s safe to say Marky Mark wasn’t the highlight of the night.

But “Good Vibrations”— dropped the next summer— proved memorable. A catchy blend of House and pop-rap with a looped sample of Loleatta Holloway piping out the title words. Its success was fueled in part by a video that featured a frenetic 20-year-old Wahlberg working out (and making out) alongside dancers, exhorting listeners to “C’mon, c’mon, feel it, feel it!” The song caught fire and ended up being number one in the US and Europe.

Thirty summers later, Good Vibrations is still getting played and MC Spice the Legend—a Roxbury-raised MC who actually penned the lyrics and tutored Wahlberg in the salad days of his music career—is still getting paid.

This week, Spice— also known as Amir Shakur—dropped a re-mix of Good Vibrations to mark the song’s pearl anniversary. He also penned and performed a new, more spiritual version of the classic, a collaboration with the singer Phajja.

“I felt that a lot of people who grew up on ‘Good Vibrations’ are attracted to the infectious, feel-good hook. In the 30th anniversary version, we gave it a totally new sound, and the rapping is on a different level with a new cadence and flow.” 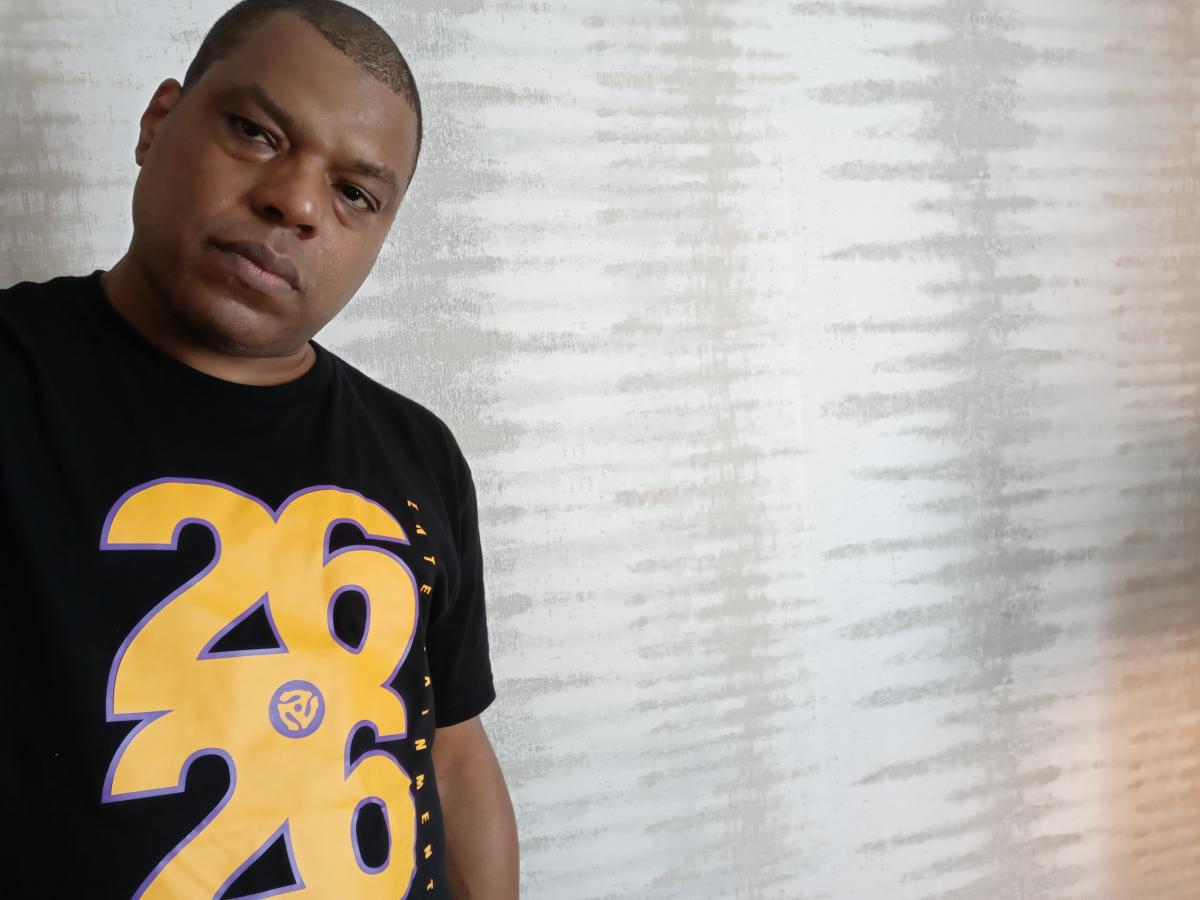 Neither Wahlberg who was part of the original song— Donnie was a co-writer and producer—appear on the tracks. Mark Wahlberg has long since left his rapper days in the rear view and is loath to even discuss it publicly. There’s no such reluctance on the part of MC Spice, who was recruited by Donnie Wahlberg to teach his younger brother how to rap— in part, he says— because their mother, Alma Wahlberg, who died earlier this year, was concerned about her younger son’s future.

“Donnie told me: ‘My mother is getting on my case about not leaving Mark behind.’ I said, ‘So you’re gonna put him in the band?’ And Donnie said, ‘No, he doesn’t want to be in New Kids, he thinks it’s whack. Can you teach him how to rap, he’ll listen to you.’”

MC Spice says he gave Mark a crash-course in hip-hop music and culture, driving around Dorchester and Roxbury and introducing him to the music of rap icons like KRS-One and Public Enemy. When the time came to record an album, Spice wrote Good Vibrations and several other songs on the Funky Bunch’s debut album, Music for the People. In fact, four of the songs on that record— including another Wahlberg semi-hit “Wild Side” were actually songs that MC Spice the Legend had written two years earlier for his own project with Atlantic Records, which was never produced.

According to his account, MC Spice the Legend wrote Good Vibrations during a car ride with Donnie Wahlberg on their way to record a track at a studio owned by Peter Wolf on the South Shore.

“It was a beat that Donnie created and I gave it some input. I wrote it in like 15 minutes while we were driving and listening to that loop,” said MC Spice, who also recorded an initial take of the song for Mark Wahlberg to listen to and learn.

“I wrote Good Vibrations for him specifically. You can hear how it was all about partying on a positive vibe.”
MC Spice was surprised to find that the future Hollywood star and mogul was a fast learner.

“The very next day we were in Roxbury at Maurice Starr’s studios and they said, ‘Yo, Mark’s ready to record the song.’ Even then you could tell he’d be a great actor because this dude shows up and he was telling me the words.”

Now 54, MC Spice says revisiting the original song he made famous with the Wahlbergs is a labor of love for his own label— 2626 Entertainment, which he co-owns with a longtime friend, Cornell Brown.

“It means way more to me,” he told the Reporter. “I love the fact that it was done. The world thinks the hip-hop still holds some dangerous connotation. But this song helped to propel the culture that I believe in— peace, unity, love and respect.”