The developer behind a proposal to overhaul 1.3 acres and add three new buildings behind Dorchester’s South Bay shopping area has pulled back on building heights and housing density.

The project’s total number of planned residential units now stands at 196, down from 236 in the original proposal, and building heights will now be more than six stories at the tallest structure. The original proposal called for a height of seven stories.

The project — located at 75 and 78 Willow Court, and 16 Baker Court — covers 59,100 square feet across 13 contiguous and abutting parcels. The site is currently, for the most part, vacant land. Several single- and two-family houses on one parcel are slated for demolition as part of the project.

The city’s planning agency has scheduled a virtual public meeting on the project on Wednesday, June 30, at 6 p.m.

Joseph Hanley, an attorney for the developer Willow Baker LLC and Cornerstone Boston real estate company, laid out the changes in a June 1 filing with the Boston Planning and Development Agency (BPDA).

The developer also dropped proposed office space in one of the buildings, reducing the project’s overall footprint. 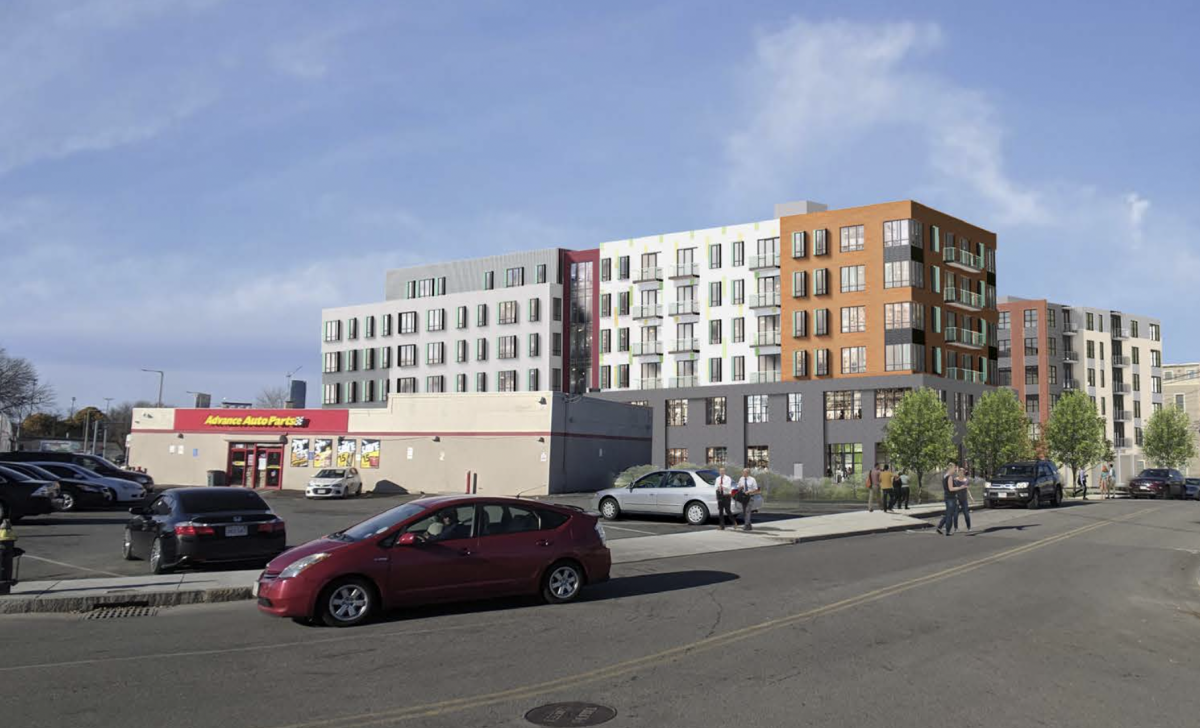 Another view of the proposed development by South Bay. (Image via BPDA)

The project calls for 57 on-site parking spaces and a potential connection, requested by the BPDA, between Baker Court and the South Bay shopping center. The project is also close to the Andrew Square Red Line station, the Newmarket commuter rail station, and four MBTA bus routes.

The changes are due to input from the neighborhood and BPDA staff, according to Hanley.

The filing adds that the project would “revitalize this distressed and underutilized” site.

The filing noted that the neighborhood has already seen a surge in developments that added density and height amid the shopping area and auto repair shops. “The proposed buildings serve as a solid residential anchor to bridge the transition between the light industrial, larger scale retail and surrounding neighborhood-scale residential fabric.”

The project promises to bring in $1 million in annual property taxes to city coffers.

Project officials first met with abutters in May 2019. Construction is slated to start in early 2022 and take about 24 months to complete, according to the filing.

More on the project is available at this link.