Skip to main content
Katie Pederson, Special to the Reporter

Jack Studley , center, is shown with a group of young players in the Dorchester Street Hockey, which he started six years ago. The league, funded by the Martin Richard Foundation, plays at the newly-refurbished Garvey Playground in Neponset and includes over 100 kids and teens per season. This year’s play begins on Sunday. Photo courtesy Jack Studley

Jack Studley was only 12 years old when he brought his idea for a kids-run street hockey league to life. Six years later, Dorchester Street Hockey is still going strong.

The way Paula Skalinski, a board member of Dorchester Street Hockey and director of Religious Education at St. Martin de Porres Parish, recalls it, the organization was born when Studley approached her at the parish’s March Madness basketball competition in 2014. The year before, Studley had wanted to start a youth street hockey league using city grant money. Stymied by permitting issues, he came back with a plan.

“She gave him the grant for all the T-shirts, all the goalie equipment. Now, six years later, he’s 18 years old, but when Jack was 12, he was phenomenal. I basically did nothing. I called myself was his mentor at that point and now I’m just his helper because he runs the whole program. He’s going to be running the Bruins someday. He’s a great kid.”

In the six years since that fateful March Madness pitch, Dorchester Street Hockey has grown to include roughly 100 to 120 members per season. The league is divided into a 3rd and 4th Grade Division and a 5th and 6th Grade Division. Kids in 7-12 grades coach all the teams and referee games.

Under the leadership of Studley, the league’s president, Dorchester Street Hockey has run four successful seasons. Last year’s season was canceled due to the pandemic, so Studley is looking forward to celebrating the fifth anniversary of the league this year.

“That’s a milestone,” he said. “I never expected to get to season number five.”

Studley and Skalinski both attribute Dorchester Street Hockey’s success to the emphasis on fun. According to Skalinski, Jack wants “the kids to have fun without the parents screaming at them. The kids are just having fun. Even when they lose, everyone hugs each other.”

Studley reinforced the point, saying, “Back when I was 12, I said to Mrs. Richard in a grant request that having adults involved takes the fun out of it. But I think it also gives kids a better chance to become leaders and know people around the neighborhood, and it gives the players a position to look up to their coaches as mentors and not just coaches.” 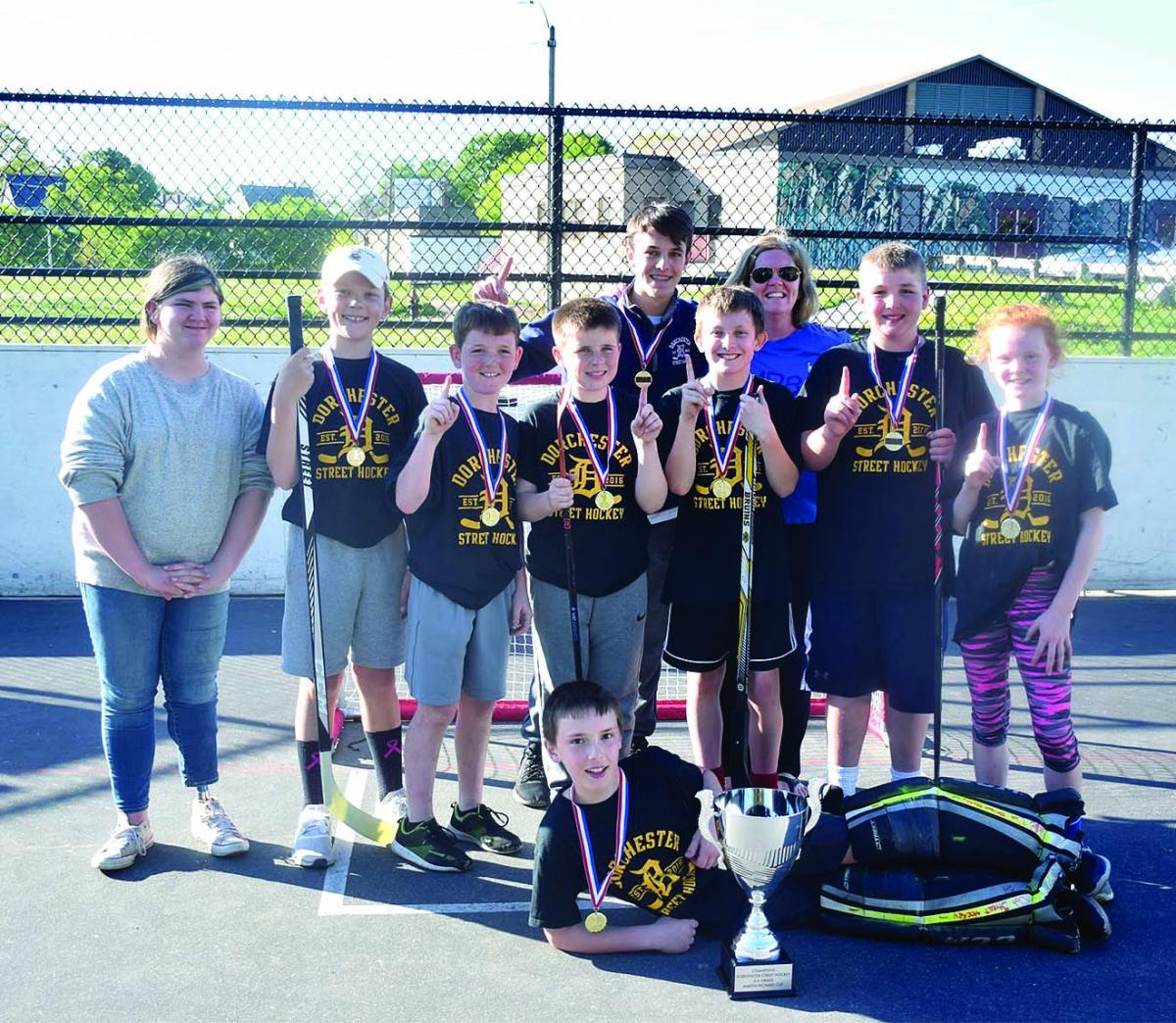 In addition to providing an outlet for neighborhood fun and youth leadership, Dorchester Street Hockey honors the memory of Martin Richard.

Said Studley: “I used to be on a team with Martin – they played street hockey together in the Mill Street league – so I wanted to do something to honor Martin and get kids back out there playing street hockey.” When that league ended, “it was missed,” Studley said. So Dorchester Street Hockey became a way to keep playing a beloved sport while honoring the memory of a friend and teammate.

Now, for all the good news about starting a new season, Dorchester Street Hockey is facing an uncertain future. Studley will be going off to college next year and, as of now, he has nobody lined up to take his place as league president. However, he remains optimistic.

“I’m definitely open to passing the torch down next year,” he said. “I have a lot of kids who are sophomores and juniors and freshmen in high school who have stepped up to leadership positions. It’s going to be a lot of work that someone new is going to have to inherit, so I’m going to see who’s willing to take it on.”

In the meantime, Dorchester Street Hockey looks forward to starting up again this coming Sunday. According to Studley, the first order of business will be ensuring the safety of the players, coaches, and referees.

“I have been saying, and I’m going to keep saying that we’ll play it safe,” Studley said. “That’s my motto for this year. There’s going to be a ton of Covid-related precautions —hand sanitizer, masks, social distancing on the benches. We’re adapting, but we want to play.”

Said Skalinski, a registered nurse, “I’m going to be there to make sure they watch their temperatures, wear their masks, stay away from each other. And I think that if everyone follows the rules, we’re pretty safe overall.

“The kids just can’t wait to get back to it,” she added.