Mayor Martin Walsh swore in the members of the Boston City Council on Monday at Faneuil Hall. Below, right: Councillor Kim Janey was elected president by her colleagues. Photos by John Wilcox and Isabel Leon/ Mayor Walsh’s office

Eight women, including an Afro-Latina immigrant, and five men – the most diverse City Council in Boston’s history – were sworn into office by Mayor Martin Walsh on Monday in a packed Faneuil Hall.

“We elected our first Afro-Latina immigrant of color, and for the first time our council is majority female,” Walsh said at the inauguration ceremony. “This is a historic time for our entire city. If you look at the City Council, it’s a reflection of who we are as a city.”

In a meeting after the ceremony, the panel elected Roxbury’s Kim Janey as its president for the new term, with Dorchester’s Frank Baker voting “present.” She is the third consecutive woman of color to hold the council presidency, following Michelle Wu and Andrea Campbell.

“Representation matters, and this body is much more representative of the city that we all love and serve. As a daughter of Roxbury, I am especially proud to lead the council,” Janey said after the vote. “My district has a rich history and amazing cultural assets, but it is also ground zero for many of the inequities in our city.”

The installation of citywide Councillor Julia Mejia and district Councillor Ricardo Arroyo brought Latinx representation on the council up from previously zero, to two. “I understand the responsibility that I have to represent the Latinx community, but I also know that I’m here to represent all of Boston,” Mejia told the Reporter.

“It feels incredibly humbling. I’m also a single mom and in the city of Boston we have a huge population of single moms. Representation is important, but I also think lived experiences and what we bring to the conversation are equally as important,” added Mejia. 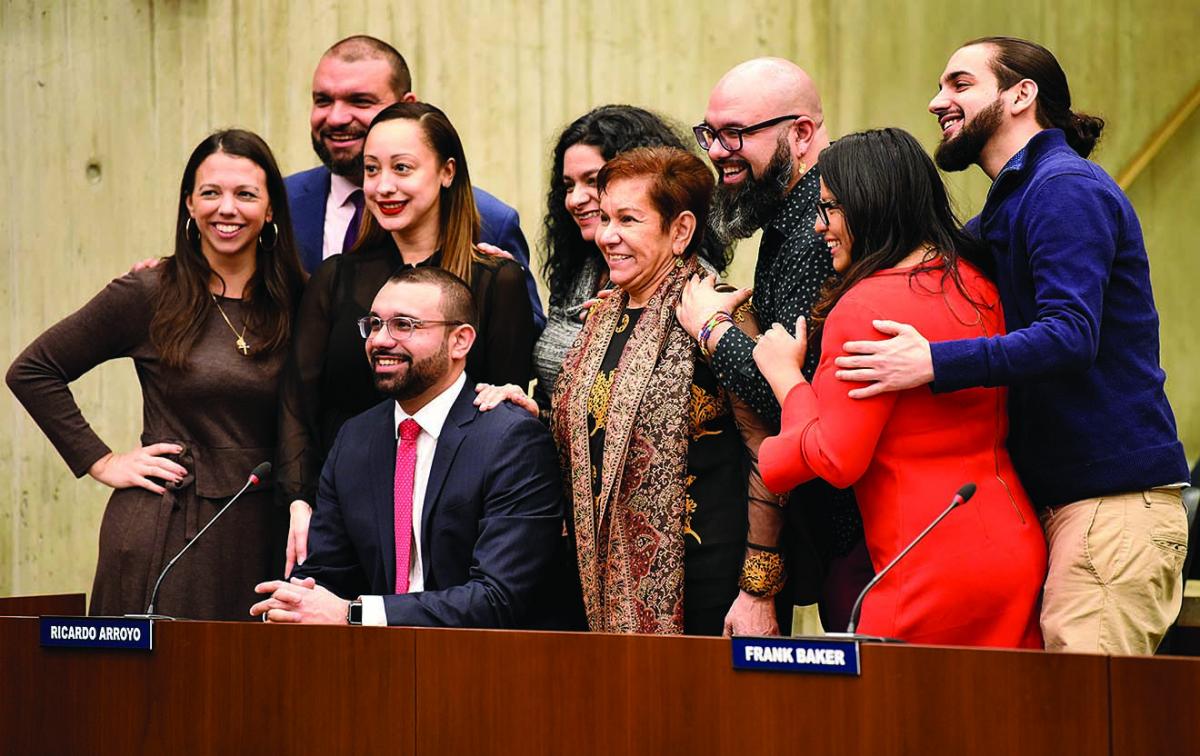 Janey announced that she would be creating a City Council Committee on Payment in Lieu of Taxes (PILOT) that will focus on ensuring that nonprofits — like big universities and medical centers — pay their fair share of taxes. She also spoke of her desire to eliminate fares on MBTA bus lines in her district.

“We must find new ways to tackle old problems, like free MBTA buses to increase ridership and improve traffic flow in our city. And that one’s for you, Russell,” Janey said, referring to state Rep. Russell Holmes, one of several lawmakers from the Boston delegation who attended the council meeting.

Janey and Councilor Michelle Wu last year called for a hearing on making the MBTA’s Route 28 bus, which runs from Mattapan to Ruggles Station, free for riders, and Wu has also suggested eliminating fares across the MBTA. The 28 bus runs through Holmes’s district, and he pointed to the city of Lawrence’s decision last fall to make three Merrimack Valley Regional Transit Authority bus routes free, financed by $225,000 from that city’s cash reserves.

“If we can find some way of getting it done through our neighborhood, that would be fantastic,” Holmes told the State House News Service. “But not just, I think, on 28, the bus line, but also how can we get more rapid transit, period. I’m looking for bus rapid transit all through the district. The bus line, as they say, Rodney Dangerfield, gets no respect. I’m trying to give it some respect.”

The MBTA is a state entity. Janey said some on the council have demonstrated “that we are willing to use our bully pulpit to advocate on issues that are sometimes out of the realm of our control.”

“This is a huge issue because it’s an economic justice issue,” Janey told reporters. “If in fact we found a way to offer free bus rides in the city of Boston, that would be huge.”

She said that while the MBTA has increased its fares in recent years, including an average 5.8 percent hike that took effect last July and kept bus rates unchanged, the gas tax has not also increased. A gas tax hike has been floated as a potential component of a House transportation revenue package, though a specific plan has not yet emerged.

“If we had a gas tax, an additional gas tax, maybe that revenue could be invested so we could offer free bus rides,” Janey said. “That is the purpose of bringing our work and our meetings into the neighborhoods to really engage residents who are actually riding these buses, like myself, and hearing their ideas and solutions for how we do this work and, really, then not being afraid to take on the MBTA or the governor or any entity. I want to bring us all together.” 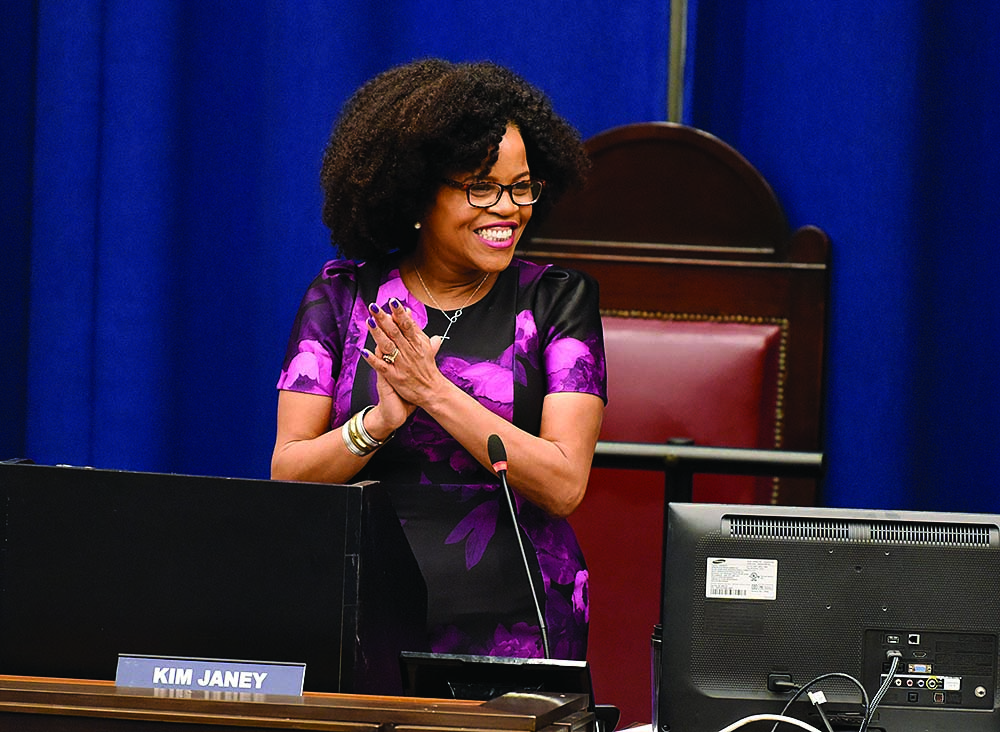 Mayor Walsh congratulated Janey on her new and advised the new councillors to keep collaboration in mind. “To president Campbell, I want to thank you for your leadership over the last two years. Collaboration is going to be the heart of all of your hard work,” said Walsh. “We look to the federal government and see a complete lack of collaboration. We can’t let that happen here. The people of Boston deserve better.”