Opened in 1883, the Calf Pasture Pumping Station is now a feature of the UMass Boston campus.

Eight high-powered developers have submitted a variety of ideas for the mixed-used development of the historic late nineteenth-century Calf Pasture Pumping Station and an adjacent site owned by UMass Boston on Dorchester’s Columbia Point.

The developers were responding to what’s called a request for information (RFI) issued by the University of Massachusetts Building Authority (UMBA) this year for developing the ten-acre site that comes with a ground lease of up to 99 years plus tax incentives as a result of the property being located in a federally designated “opportunity zone.”

The UMBA fought tooth and nail to keep the developers’ responses shielded from public scrutiny, to the point that it took four months and two appeals to the state supervisor of public records in the secretary of state’s office to pry loose the information.

The RFI process is being employed by the UMBA for two reasons: to gauge market interest in the property and to gain insight into “highest and best uses” of the project site. The UMBA is a quasi-public state agency whose mission is to build and repair facilities on all five of the UMass campuses.

According to the RFI, the school envisions a mixed-use for the property that complements the university as a whole while serving as a new “front door” to the campus. With the reimagined Mt. Vernon Street — on which the Pumping Station is located— as a main artery running from the MBTA’s JFK-UMass Red Line station, the university anticipates that the street will turn into a “grand boulevard.”

The towering Calf Pasture building, with its castle-like silhouette, would provide visitors to the campus with a “stunning structure as an introduction,” according to the RFI, which also notes that it will only be available for use by UMass Boston.

• Lot A consists of 5.8 acres and contains the Calf Pasture Pumping Station along with a 100-space surface parking lot that is currently being used by the Edward M. Kennedy Institute for the United States Senate.

• Lot B consists of 4.2 acres and is currently being used as a surface parking lot for UMass Boston students and faculty. 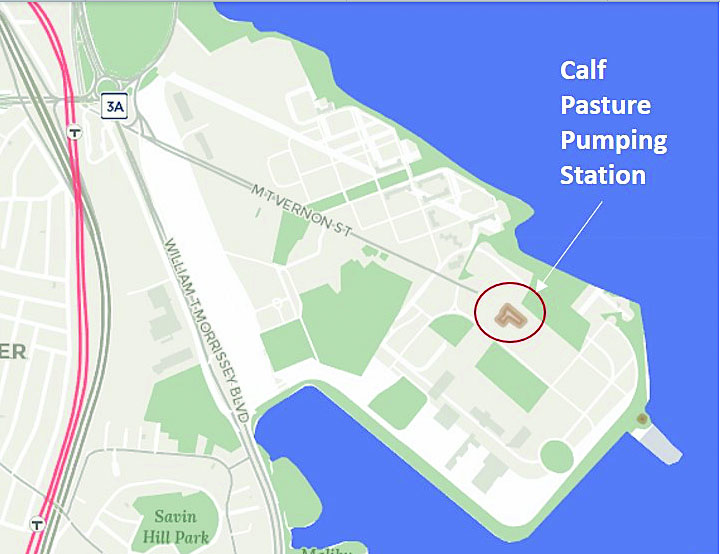 The developers provide varying degrees of detail, but they all discuss how good they are at collaboration and the need for community input. For the Calf Pasture building, they proposed a variety of uses, including academic, administrative, and admissions offices; a theater; and an events space.

The Drew Company would also incorporate an innovation center into the Calf Pasture building for students, non-students, and companies to “build upon the foundation set by the research facilities located on campus.”

Accordia wants to greatly expand the footprint of the Calf Pasture building by adding interior floors and an exterior annex that would boost the structure’s overall square footage from 26,000 square feet to as much as 75,000 square feet. The facility would then be used for a welcome center, senior administrative offices, and an event space.

Two companies — AAC and Michaels/Nordblom — focus on developing housing for the project site in an effort to capitalize on their expertise.

“As the nation’s foremost provider of housing on university campuses and the only publicly-owned student housing company, AAC sees great potential in the Calf Pasture project sites to expand UMass Boston’s vision for evolving as a residential campus,” the company says in its response. The company’s preliminary demand analysis indicates the potential need for an additional 450 to 550 beds of student housing on campus.

Michaels/Nordblom’s predominant proposed use for the UMass site is housing as well. In support of this focus, it points to the site’s location on Columbia Point, its proximity to the UMass Bayside property that is being redeveloped by Accordia Partners, and the “continually growing jobs” along the MBTA’s Red Line, especially The Boston Exchange for Accelerated Technology (“The BEAT”). The BEAT is a 695,000-square-foot urban innovation campus at the former location of The Boston Globe on Morrissey Boulevard being developed by Nordblom.

Michaels/Nordblom notes that the housing could be a mix of units for students, faculty, and staff; university-affiliated units; affordable housing; senior housing; and housing for retirees who are enrolled in UMass Boston. The school runs a special program for retired people who attend classes on a non-degree basis.

A number of developers proposed incorporating a retail component to the project site. For example, Lincoln/Davenport contemplates restaurant venues ranging from “quality sit-down experiences to quick-stop menus targeted toward student budgets,” a food store, a pharmacy, a hair salon, a health club, and retail stores focused on “fashion and merchandise reflective of student life and city living” offered by both local and national retailers.

AAC offers a caveat regarding the retail component. “Any retail strategy for the sites will need to pay careful attention to the emerging Bayside site redevelopment and the amount of retail/mixed-use envisioned for that proposed site, which is considerably larger and more centrally located as a retail/mixed-use destination,” the company states in its response.

A number of developers proposed building a traditional or a boutique hotel on the project site.

“The location of the UMass Boston campus lends itself to a variety of hospitality products and we believe that either an independent or branded, extended-stay hotel in the upscale segment will offer the most value to students and visitors alike,” Lincoln/Davenport states in its response. “The site’s proximity to Red Line and I-93 also makes it a convenient alternative option for Boston Convention Center visitors. We would explore partnership with a national hotel brand such as Hyatt or Hilton.”

The next step in the process of developing the Calf Pasture project site will likely be the issuance of a request for proposals (RFP) by the UMBA. Bids will be solicited to do the work UMass Boston decides it wants done, which is based on the information gathered from the eight developers as part of the RFI process.

The ten-acre Calf Pasture property is the latest section of the UMass Boston campus being offered for redevelopment by the UMBA, which last year agreed to lease the 20-acre Bayside portion of its campus to Accordia, a deal that could generate as much as $235 million for the university. 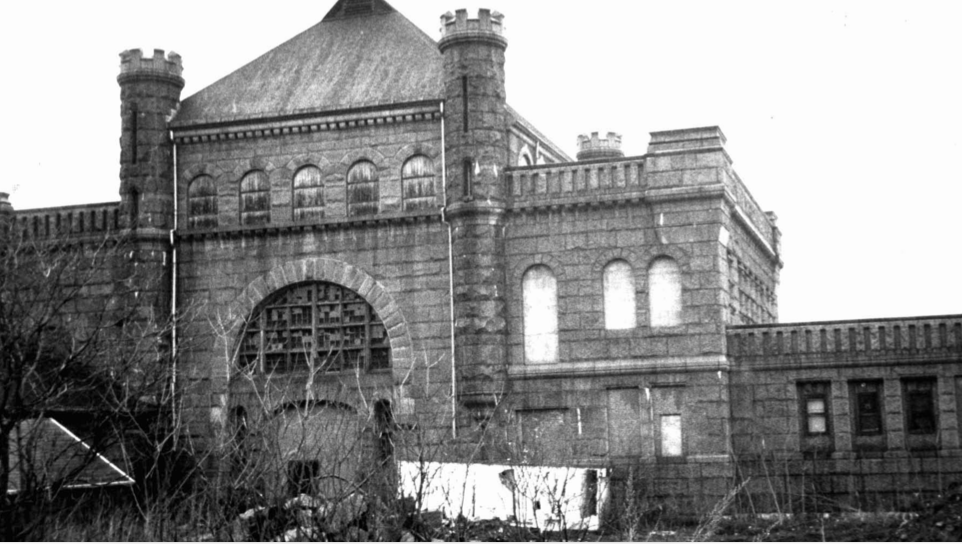 Pumping station is a Boston keepsake

Between 1630 and 1869, the marshlands of Columbia Point were used as a calf pasture, which gives its name to the Calf Pasture Pumping Station. The building is now listed on the National Register of Historic Places as well as on an inventory of the state’s most endangered historic properties.

The antique structure now sits in stark contrast to the modern buildings of two of its neighbors — the John F. Kennedy Presidential Library and Museum and the Edward M. Kennedy Institute for the United States Senate.

The pumping station is historically significant for a variety of reasons. It is an excellent example of Romanesque Revival architecture and it is the only remaining nineteenth-century building on Columbia Point. It also represents what was an evolving industrial building type for housing innovative equipment.

What’s more, the pumping station was the city's first major effort to establish a comprehensive public sewage system. Within 35 years of its construction, it was the keystone of a sewage disposal system that was a model for the rest of the nation.