The campaign for at-large city council ended in dramatic fashion on Tuesday night with a razor-thin margin separating the fourth and fifth place finishers and a seat on the council hanging in the balance.

Councillor Michelle Wu topped the ticket with 41,616 votes — or roughly 21 percent of the citywide share, according to unofficial Election department figures. Wu was followed by incumbents Annissa Essaibi-George (17 percent) and Michael Flaherty (16.5 percent).

Julia Mejia — a Dorchester woman and first-time candidate with roots in the Dominican Republic— appeared to win the coveted fourth citywide spot with 22,464 votes. Her nearest competitor— Alejandra St. Guillen— at first conceded defeat and then, within an hour, called for a recount when unofficial City Hall calculations showed just a 10-vote margin between her and Mejia.

Just after midnight, St. Guillen called for a recount, saying in a statement that "[e]very voter who came out and cast a ballot — whether it be absentee, in the voting booth, or provisionally — deserves a full and complete count to determine who is our next City Councilor at large."

Mejia had already told jubilant supporters gathered in Jamaica Plain that victory had been secured.

“My mother, who I cleaned offices with in this city, OK, who was undocumented, was able to cast a ballot for her daughter. That goes to show what the American dream really is all about."

At her celebration in Roslindale, Wu exulted in the victory and the new council that will be seated in January.

“I am as excited for this next term as I was to start my first term,” she told supporters. “This is going to be an incredible group of councillors, an incredible environment for partnership and urgent, bold actions that we’ll see coming out of the city of Boston.”

"This campaign featured a field that was diverse, young, exciting. People running to bring in communities from all across the city, people talking about issues that we need to address in Boston."

"Here we are and it's on the shoulders of city government and that special magic that city government has, which is our direct connection to people and to grassroots activism, to take all the changes on. We are going to do it this year!"

In her Dorchester home, Annissa Essaibi-George announced her re-election victory to a room filled with family members and campaign volunteers.

“I’m happy to announce that we not only finished in second place, we finished in a very strong second place,” she announced to cheers. “This mandate is about the work we’ve been doing that’s so important, whether it’s our work with education or with families experiencing homelessness.” 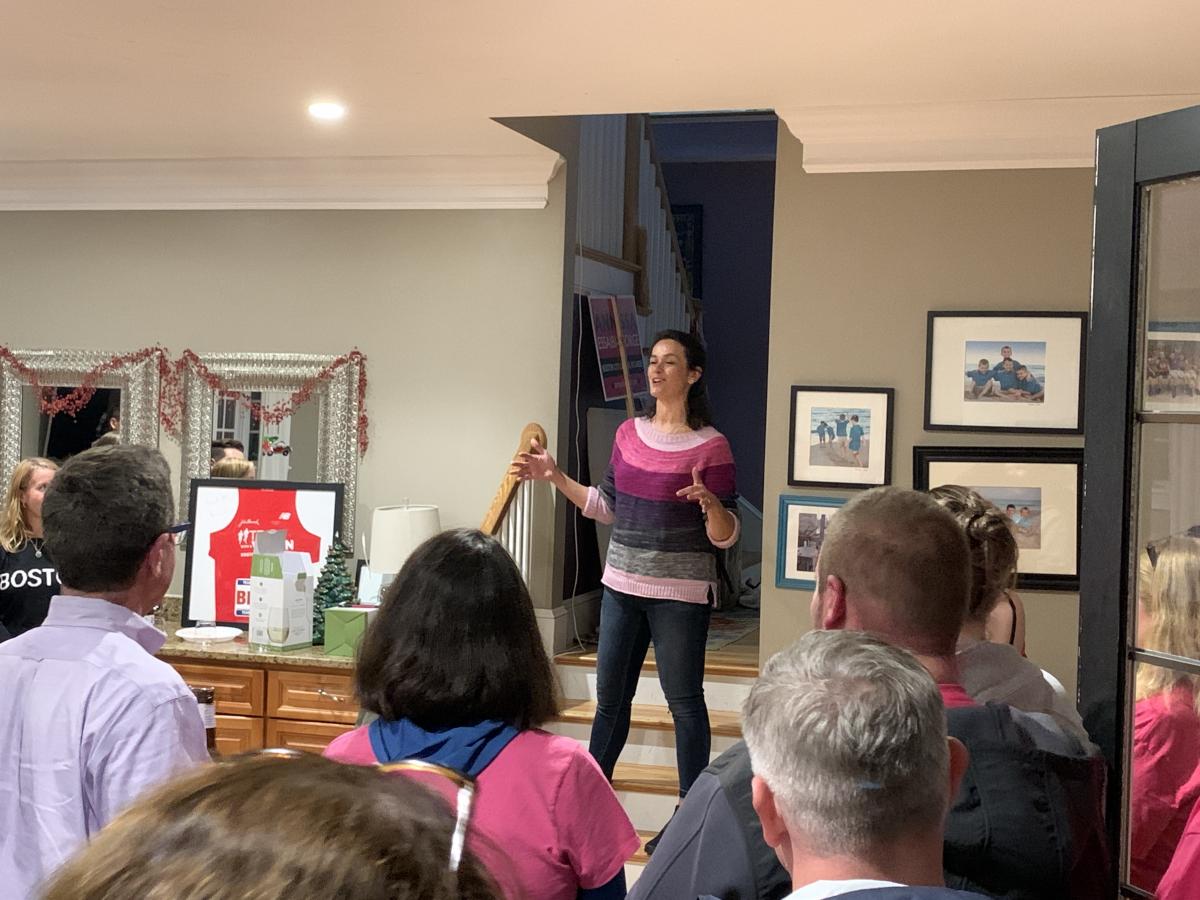 “We have had a small core family, but every time we make new friends and welcome people into our circle, you become part of that extended family,” she said. “I would never tell my kids that to be happy with a second-place finish. Second place feels great. Now we’ve got two years to work on something that feels better than that: first place.”

Councillor Michael Flaherty, who finished in third place and secured re-election, celebrated with his supporters at a South Boston restaurant.

“I’m excited, we did very well all across the city. Our message of taking no neighborhood for granted and reaching out to every constituency within those neighborhoods proved true again. We’re excited to be back on the City Council and excited to meet which looks like it’s going to be at least four new members, so it’s an exciting time for those candidates and we’re looking forward to working with them.”

“I’m hopeful that my experience, leadership, ability to be a mentor- someone that they could look to for advice and support will help them in their early stages of their council careers, he added.

If the unofficial results hold, Mejia would replace Althea Garrison, who moved onto the council after Ayanna Pressley won a congressional seat. Garrison finished seventh on Tuesday. Erin Murphy of Dorchester was in sixth place with 8.38 percent — about 700 more votes than Garrison. Murphy showed strength in her native Neponset and Ashmont-Adams sections, where she finished in first place. David Halbert rounded out the eight-person at-large field with 6.57 percent.

This story was compiled from reporting by Daniel Sheehan, Katie Trojano and Bill Forry of the Reporter staff; correspondents Yukun Zhang and Jack Goldman; and WBUR’s Simón Rios.