Annissa Essaibi-George the politician says that showing up is an integral part of doing her job. Yukun Zhang photo

Now, less than a month away from the Nov. 5 final election, she says her team’s campaign strategy remains as simple as it has always been: “Being everywhere.”

She adds: “Over the last several years really, I have made a very conscientious effort to share myself across the city, and make sure we leave no neighborhood, no community untouched or unheard.”

This approach to community engagement comes naturally to Essaibi-George, 45, whose upbringing and work background have given her a level of familiarity with several of the city’s neighborhoods. Born and raised in Dorchester, she was part of a diverse student body at Boston Tech – now the John D. O’Bryant High School – in Roxbury before going on to teach and coach softball at East Boston High School for 13 years.

She is also an entrepreneur, who launched her own successful sewing store— The Stitch House on Dorchester Avenue— in 2007. And she is a busy mom, raising four children with husband, Doug George.

Then there’s her work on the council, where, among things, she is the chair of the Education Committee. “I’ve been able to really take the lead on the council as a former teacher on issues around education,” said Essaibi-George in an interview. “I think what’s unique to the way that I’ve been able to do that on the council has been to really marry the 30,000-foot view with the ‘in the weeds’ conversations and carry the dialogue and the movement to change within the Boston Public Schools across multiple areas of interest… And I’m happy that that’s my reputation among those who are in education advocacy.”

Her other areas of focus include homelessness, mental health, and recovery services. In her four years on the council, Essaibi-George has organized Boston’s first citywide needle takeback day, called for the formation of a mental health commission, and made family homelessness a talking point on city and state levels.

“Education’s my bread and butter,” she noted, “but making sure that we have systems in place to support families experiencing homelessness, especially our kids in our schools, that is my passion.”

Issues like homelessness and substance abuse “don’t necessarily represent a strong voter base,” Essaibi-George acknowledged, “but, it’s satisfying to see that that work is appreciated and I think that residents across the city of Boston see how important it is to have a voice on the city council that is speaking for those who are often unheard.” 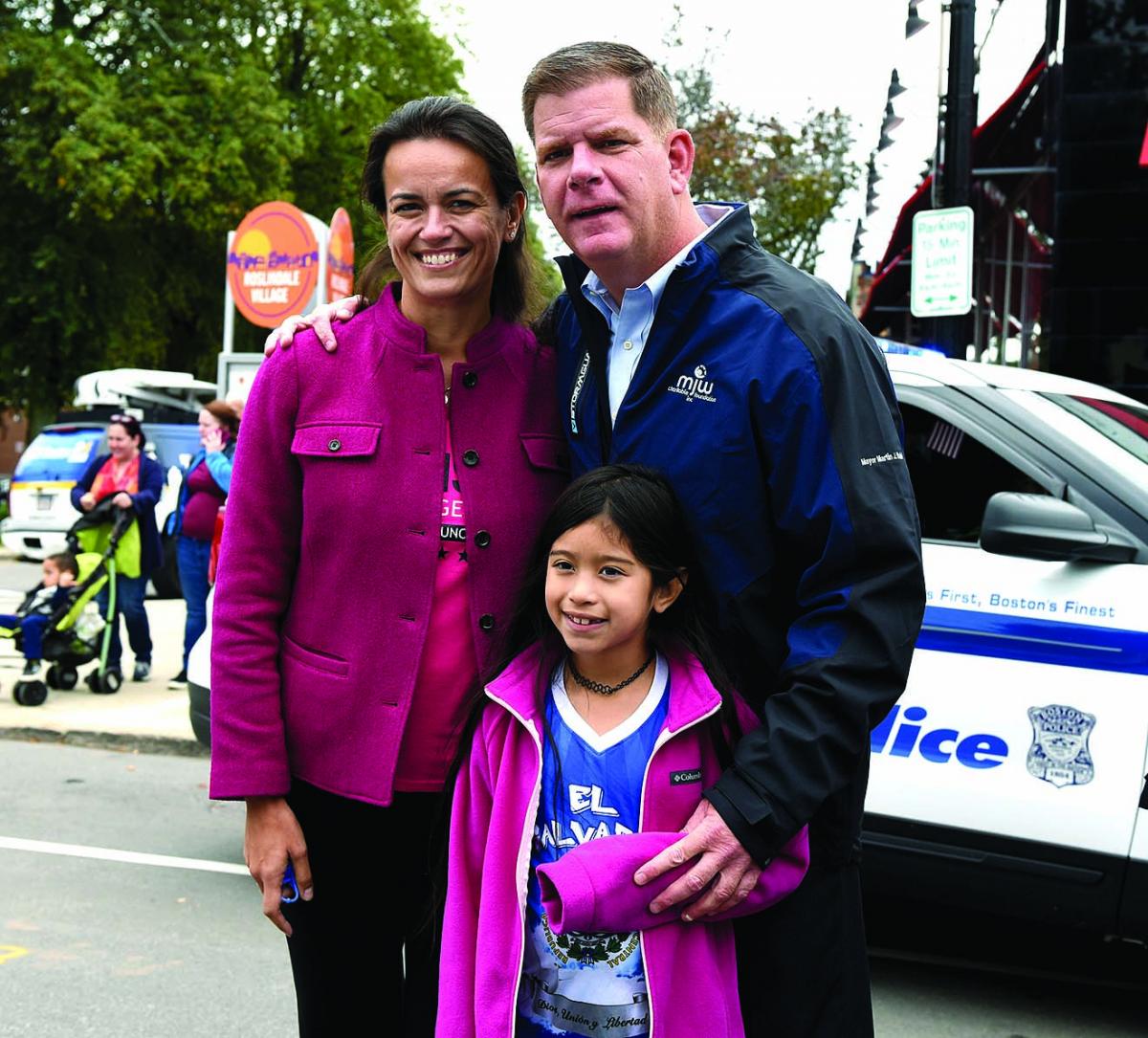 As a first-generation Bostonian – the daughter of Tunisian and Polish immigrants – she has made it a point during her time in office to listen closely to the needs of the city’s immigrant population, especially where they intersect with the mental health field and access to related services.

“I’ve heard a lot from immigrant communities who are dealing with a tremendous amount of fear within that community,” she said, “and also their need for mental health services. But they don’t sign up for an hour of therapy, for instance. Mental health services need to be delivered in a different way and in a community setting.”

With homelessness and mental health intertwined with the opioid crisis, Essaibi-George’s attitude on the drug-use epidemic has been measured. In an interview on WBUR in August, she expressed a reluctance to adopt safe injection sites after witnessing them in cities like Toronto and Vancouver.

However, she noted that other services implemented in those cities, such as widespread access to Nalaxone and detailed public education campaigns, would result in marked improvements on Boston’s response to the crisis.

The closing of the city-run treatment facilities on Long Island – a result of the removal of the decrepit bridge to the island in 2014 – is often cited as a primary reason for a spike in problems in the city proper. But Essaibi-George says that all beds and services from those facilities have been replaced in recent years. The effects of drug use visible in the neighborhood— in the form of discarded needles and recent rashes of car break-ins, for instance— are symptoms of a widening problem, she said.

“The crisis has gotten worse, and I think it’s human nature to look for something to blame and we blame it on the closure of the bridge,” she said. “The appropriate center to cast blame on is on the opioid and the pushers of drugs, and that is both through traditional medical centers and prescriptions, but also through drug dealing.”

The councillor also pointed to external strains that are heightening Boston’s opioid crisis, noting that 65 percent of people in shelters and treatment facilities come from outside of the city.

“I often find myself advocating at the State House for more support of programming and services to support those with addiction in other cities and towns because it can’t all be on Boston and a few other cities. It needs to be an effort that is statewide and better coordinated...I advocate that other places do more.”

As Essaibi-George and her campaign team ramp up activity ahead of the impending vote, she stressed that she remains aware of her “24-month term” and her obligation to her constituents.

“In any re-election there’s sometimes this lightening of the workload when we shift to campaign,” she said. “For me, I really try to hold true to the commitment that I’ve made to the residents of the city to continue with my work...although we are campaigning, the work continues.”