A rendering provided by DBC shows the interior of a new rooftop greenhouse and tasting room that is a feature of its expansion project, which just started this week. RODE Architects images

Dorchester Brewing Company, the go-to craft beer bar and brewery on Massachusetts Avenue, is expanding to incorporate more tasting room, a restaurant, a glass greenhouse and a roof deck. The $3 million endeavor broke ground on April 2 and should be completed by October, according to Matt Malloy, co-founder and CEO of the brewery. 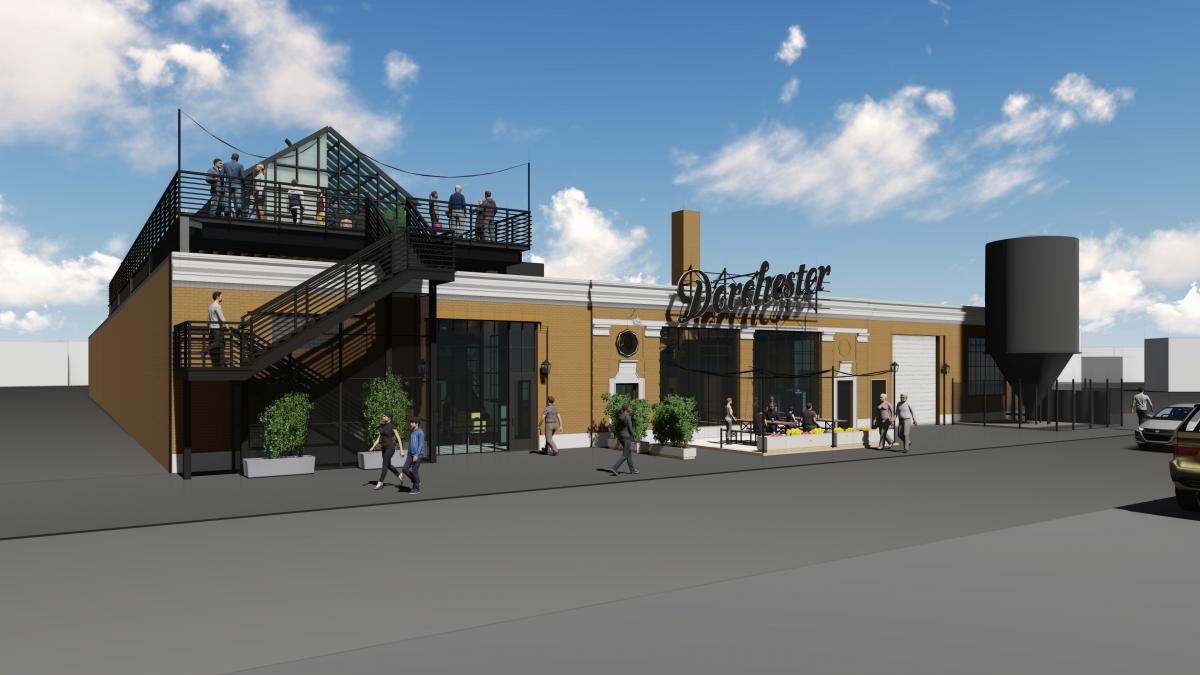 Malloy said the company is adding 5,000 square feet of tasting room to its existing 2,000 square feet. The restaurant will be run by a local food truck. He wouldn’t tell which one it is, but said the food is barbecue—“Barbecue and beer just go together.”

A 2,200-square-feet glass greenhouse, surrounded by the new roof deck, will have a fireplace, a beer bar and a view of Boston skyline. Plants, including hops, will be grown all year round. It is, Malloy said, an outdoor environment to celebrate the four seasons.

“Wouldn’t it be great to have an environment for us to sit outside without leaving our community?” he said. 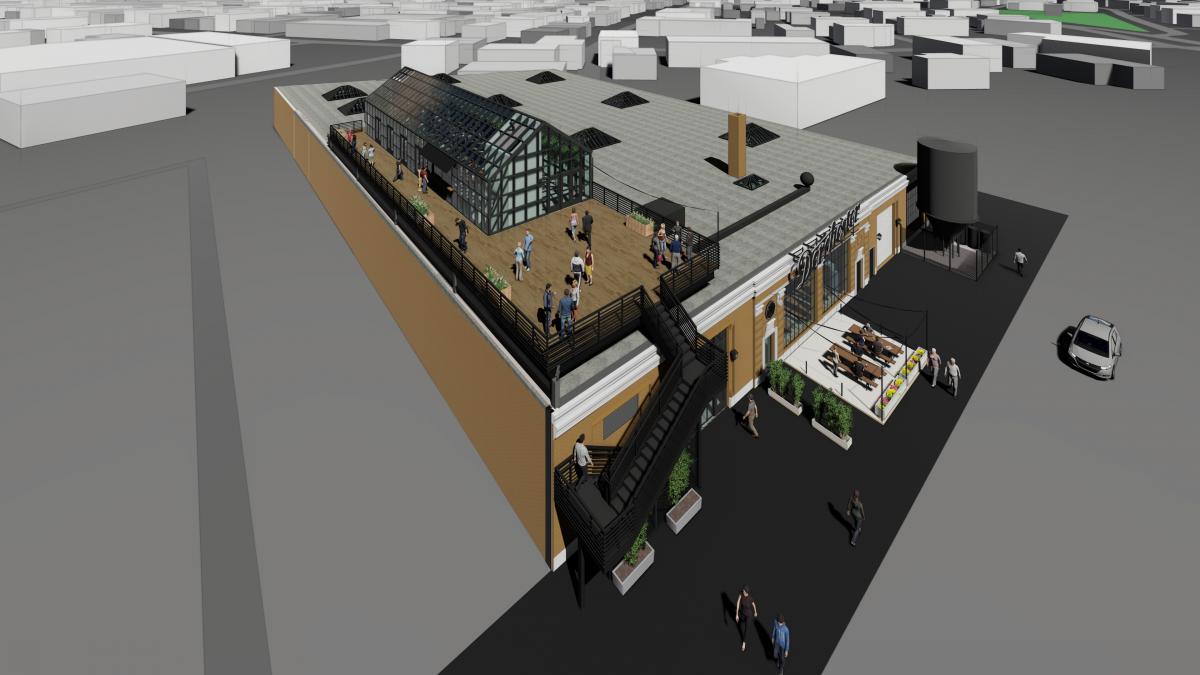 The expansions will utilize the storage space and the rooftop of the existing building, which opened for customers in 2016 and has been a huge attraction in the neighborhood. Business will not be interrupted during construction.

Malloy said his team have been thinking about the expansions since last spring and discussed the plan with the community to get feedback.

“They’ve been great neighbors to us, and this is a great thing to give to the community.”

Do you enjoy reading the Reporter?
Please consider supporting our local journalism by buying a subscription to the print edition ($30 for one year).