Nineteen-year-old Dashawn Borden grew up on Dorchester Avenue, right across the street from the Boys and Girls Club of Dorchester (BGCD), an institution, he says, that has had a major influence on his formation.

The self-described “drummer and activist” relates that his first inspiration was his grandmother, an accomplished pianist who played regularly at Sunday services at Roxbury’s Twelfth Baptist Church.

But it wasn’t until he discovered a music program across the street from his home that Borden’s passion for music really began to take shape.

“Growing up in Dorchester, one outlet that I had as a young person was an after-school program at the club on Dorchester Ave.,” he said in an interview with the Reporter. “I wasn’t really into sports much, so I tried to go to the music program. By the time I turned 10, they had a whole music clubhouse and that expanded my horizons even more.”

Borden’s participation in the clubhouse led to a chance encounter with a fellow Dorchester native, the actor Mark Wahlberg. “He was just at the clubhouse one day,” Borden recalled. “I told him that I was a drummer and he sat down and listened to me play. After, he asked me if I had a drum set at home and I said no. He was like, ‘Pick any of these drum sets. Which one would you take home right now if you could?’ I said the purple one.”

The gift helped to launch Borden’s music career, which got on track through the Music and Youth Initiative, a Berklee College-sponsored after-school program partnership with BGCD that provided resources and instruments for the clubhouse.

“My first major gig through the Boys and Girls Club was at the Strand Theatre, and we sold out 2,500 seats,” said Borden. “Then, I got the opportunity to play at the Boston Jazz Festival when I was about 11 years old.” 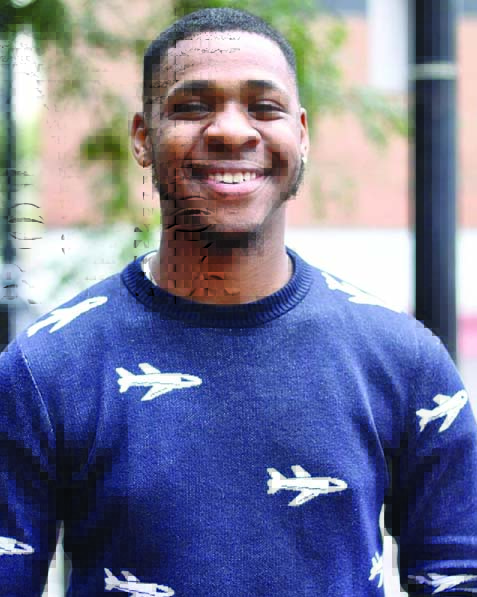 Borden’s connection with Berklee continued through the past three years, during which he participated in, and graduated from, Berklee City Music’s five-week summer program, an immersive course that offered him the chance to collaborate with teens from all over the world.

Now a senior at Boston Arts Academy in Fields Corner, Borden and his music continue to flourish. Last weekend he performed solo at Dorchester Art Project in support of the Baltimore-based band Wume, improvising live acoustic drum solos over J Dilla loops. The experience gave him a fresh wave of motivation, he said.

“I’m really thankful for the opportunities, and I look forward to, you know, keep grinding and creating a name for myself, not only throughout Dorchester but throughout the city, and to give back and find innovative ways to give back to young people.”

Engaging in activism and giving back to young people are central missions for this teenager. Borden says he’s always thinking about “how can I give them resources and outlets to, you know, expand their craft or their ideas in ways where there’s not violence?”

For the past year, he has been a member of the Youth United Artists (YUA) Cohort at Arts Connect International (ACI), an organization that seeks to build equity, access, and inclusion in Boston’s arts fields. He was one of six YUA members from four BPS schools who conducted research about social issues affecting their own communities, following a Youth Participatory Action Research (YPAR) process that “positions youth as social change agents and experts of their own lives.” 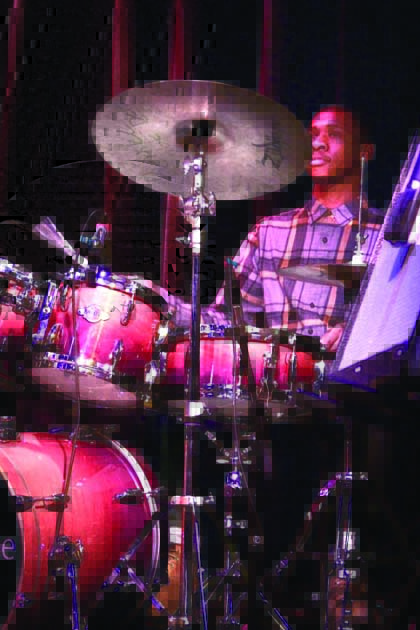 Borden, a 12th grader at Boston Arts Academy, says he wants his playing style to be “as authentic and natural as possible.” Katyayani Krishna photo

Borden, who is poised to become a board member at ACI in the near future, said working with the organization and engaging in research has been an educational experience.

“They gave me the opportunity to not only be a researcher and a student and a thinker but also a professional,” he said. “So, I got to see more of Boston, I got to meet more people, and I actually got to present my research findings at the Arts Equity Summit in 2018.”

That research focused on housing inequality in Boston, a topic that Borden chose himself, said Allegra Fletcher, ACI Director and a mentor of Borden’s.

“He’s one of those really rare, special souls,” said Fletcher, who added that Borden exemplifies the organization’s ethos of using knowledge for social change. “He’s super passionate about his work, very thoughtful about who he is and how he enters a room, and what kind of energy he’s trying to amplify.”

Borden hinted at that awareness when talking about his mindset going into each gig: “That’s my intention in all honesty, to keep pursuing what I’m pursuing but throughout that keeping in mind, you know, how can I share my passion with others? If you come to a show, how can you walk out different?”

With graduation quickly approaching, Borden is uncertain about what exactly the future may hold. But he is sure that music and activism are both on the horizon.