Mayor Martin Walsh was joined by fellow political leaders, community activists and children at a groundbreaking ceremony for the renovations to Garvey Park in Dorchester on Monday, Sept. 30. Mayor’s Office photo by Isabel Leon

About 50 community residents joined officials, including Boston Mayor Marty Walsh and Parks and Recreation Commissioner Ryan Woods, for a groundbreaking ceremony at Garvey Park on Monday afternoon. The facility is set for a $5.1 million renovation, including a 75,000 square foot, fully-lighted artificial turf field where kids can play baseball, flag football, lacrosse, softball, and soccer.

Included on the construction docket for Garvey is a new dog park and renovations to the two small playgrounds: one for children below the age of 5, and one for children 5-12. Renderings of the latter show a two-level structure with a new slide, climbing areas, and a variety of swings nearby.
The city will also add a second viewing area for the baseball field and a quarter-mile exercise path that will encircle the park, with small workout areas located at various points on the path. The baseball field will have additional seating along the first and third base lines. 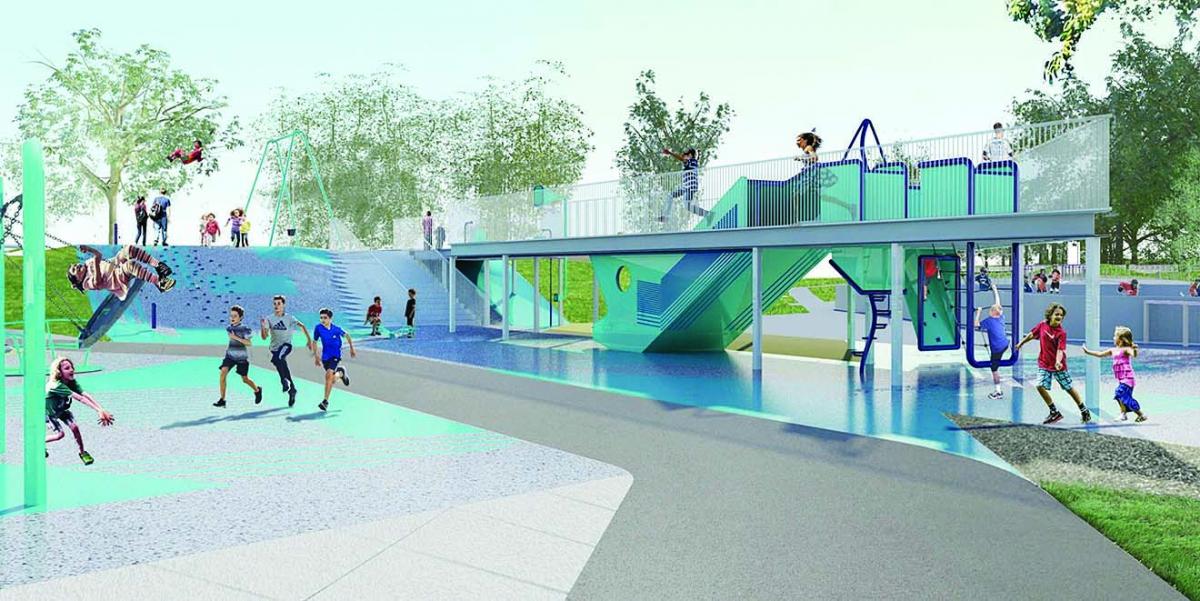 A rendering shows a view of a playground that will be part of the new-and-improved Garvey Park on Neponset Avenue.

The basketball and street hockey courts that are currently located at the park will be redone and slightly relocated in order to more efficiently utilize the available space. The basketball court will be built to serve a second role as a soccer court.

The city has plotted out new drainage and shrubbery additions and a “shade structure” to improve access and comfort at the park. Walsh noted that the drainage plans will help the city deal with climate change efforts—he’s particularly hopeful the new system will help prevent flooding in the surrounding neighborhood.

The city has been working on planning out the renovations since the Walsh administration approved a slightly smaller allocation of resources to renovate the park in 2016. After meeting three times with the community between 2017 and 2018, the project has finally reached the point where construction is about to begin.

A map supplied by the City of Boston shows the layout of amenities in Garvey Park after renovations are completed next year.

Walsh thanked the officials in attendance, including City Councillors Annissa Essaibi-George and Michael Flaherty, as well as state Rep. Dan Hunt.
Essaibi-George echoed Walsh’s thoughts on ensuring that young people in Boston get the same opportunities to play youth sports in high-quality facilities as kids in the suburbs do. 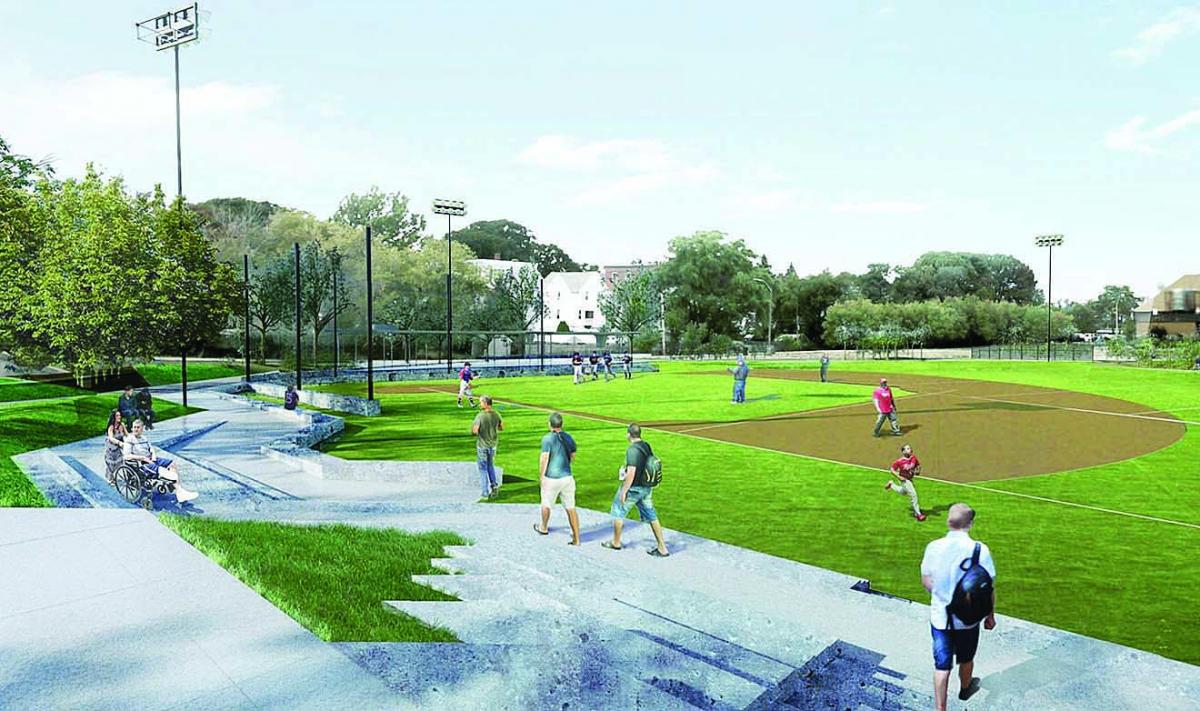 Flaherty joked that “Dorchester gets everything these days” before telling a more somber story: His cousin Patrick committed suicide at Garvey Park, he said, adding that the improved, positive future of the park is something his entire family is invested in and proud of.

Hunt thanked the Garvey family for being in attendance at the groundbreaking. The park’s namesake, William H. Garvey, a Purple Heart and World War I Victory Medal recipient, lost his life on the last day of the Great War.

The budget for renovating Garvey includes $5 million from the Mayor’s Capital Construction budget and $790,000 from Community Preservation Act funds, according to Commissioner Woods.