The clubhouse at the George Wright Golf Course in Hyde Park towers over the first tee below.

This week, the city of Boston’s two public golf courses, the William J. Devine Course in Franklin Park, in Dorchester along the edges of Roxbury and Jamaica Plain, and George Wright Golf Club, in Hyde Park, are playing host to 144 of the state’s top male non-professional golfers as they compete in the Massachusetts Golf Association’s State Amateur championship.

Holding this event’s 110th annual competition, which has over its history been played only on the pristine tees, fairways, and greens – and in the bunkers and tall rough grass – of well-established private clubs across the state, is a first for these two municipal courses that have long histories themselves, and grounds reclaimed from the ravages of time and disinterest over the last several decades or so by the city and its highly competent course superintendents and the professionals in their golf shops.

And there’s more: On July 30, the state’s best women non-professionals will play in the Women’s State Amateur at the George Wright course beginning on Mon., July 30.

Boston Mayor Martin Walsh has welcomed the MGA and the players to Boston, saying, “We are fortunate to have two premier golf courses within the city limits making the sport accessible to a diverse and enthusiastic group of players from a variety of backgrounds. “I hope,” he added, “that every golfer who loves to play a championship layout and also wants to gain a sense of the game’s lore can come play both our venues during this special year.”

Added Jesse Menachem, Mass Golf ’s executive director and CEO. “We hope that golfers across the state and beyond will understand how fortunate this state is to have two first-class golf courses here in the City of Boston. We also hope that everyone – whether they are a golf enthusiast or just someone interested in enjoying a great day outside with the family – will join us at the competition where you will see the top amateur golfers – from across Massachusetts – on two amazing courses for free in the heart of Boston. This is a first-time experience we are thrilled to showcase.”

The course at Franklin Park, itself an integral part of Frederick Law Olmsted’s Emerald Necklace, opened in the fall of 1896 under the direction of a Scotland-bred professional, Willie Campbell. One of its earliest claims to fame was that George F. Grant, the first African-American graduate of Harvard Dental School, invented the wooden golf tee while playing at the course regularly at Franklin Park. From Elizabethan times to then, golfers would gather up little piles of dirt on which to place their golf balls for tee shots.

Over the following decades, the course had its ups and downs, mostly downs during the last half of the 20th century when holes were shut off from play from time to time as the grounds were barely tended to. But a small cast of mostly black regulars endured and kept the flag flying over a bedraggled clubhouse until the city awoke to the treasure in its midst and initiated a renaissance of the property, which soon featured a revived landscape of curated tees and greens and wild rough along with a new clubhouse.

In Hyde Park, the George Wright course, named after a sportsman/athlete who played professional baseball with the Boston Red Stockings of the late 1880s, was opened in 1938 after it had been built to a design by the fabled golf course architect Donald Ross and constructed with the help of a grant from Franklin D. Roosevelt’s Workers Progress Administration (WPA). funding to complete the construction. In recent years, the Wright, as some call it, has been touted as the best municipal course in the state by Golf Digest and as being in the top 15 municipal tracks in the country. 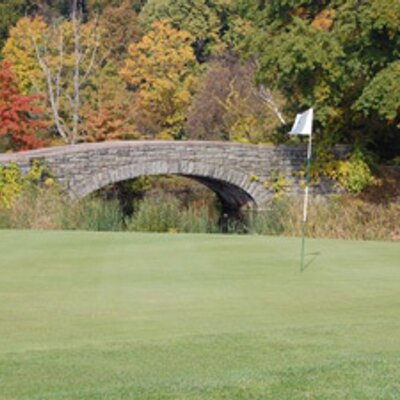 The green at the 16th hole at the William J. Devine course at Franklin Park.

How the games are played

The State AM, as it’s called by the golfing set, draws not only the top-notch players but also cadres of family members and friends who populate the grounds along with folks who just come by to see golf played well on courses that challenge even the best competitors.

The tournament began on Monday (June 9) as the 144 entrants, who had passed earlier qualifying tests to get into the final field, took on the Devine course at Franklin Park for 18 holes of medal play after which each player was to turn in his scorecard listing the total number of strokes he made over the full 18 holes. The same players will repeat the process at the George Wright course on Tuesday. That night, the field will be cut to the 32 players who have posted the lowest 36-hole scores relative to par, which is a figure determined for each course across the world by the number of strokes a reasonably proficient golfer is expected to make across a full 18 holes:

On Wednesday, the remaining 32 players move into match play – one-against-one matches whereby the competitor with the fewest strokes on a given hole wins that hole. The person who wins the most holes between the two of them over 18 holes takes the match. Results of the first 18 holes that morning will reduce the number of players to 16; results of the 18 holes in the afternoon will cut the number to 8.

Wednesday’s survivors will then play one-on-one matches over 18 holes on Thursday morning, with the results leaving 4 players alive to play on Thursday afternoon and determine the finalists who then will play 36 holes mano-a-mano on Friday for the championship.

Matt Parziale, of Thorny Lea Golf Club in Brockton, is defending his title this week. Last year, he also won the US Mid-Amateur title by defeating the best amateurs from around the country.

Admission to the State Amateur Championship – is free of charge for the general public. Spectators are welcome to attend and enjoy a special “inside the ropes” experience.