Voters in the Fifth Suffolk House District have two strong choices in the Democratic primary, local leaders say, between Darrin Howell and Liz Miranda, the frontrunners and staples of neighborhood activism.

The Dorchester-Roxbury district — diverse, young, largely Democratic, and with a decent amount of turnover in elected representatives over the past decade — will almost certainly see a fresh face in the seat come November. Sitting state Rep. Evandro Carvalho is not running for re-election, but is instead seeking the open Suffolk County district attorney post in a competitive field.

Four candidates have made the ballot for the Sept. 4 primary: Howell, a former constituent services staffer for then-City Councillor Chuck Turner and political organizer at the 1199 SEIU healthcare workers union; Miranda, a longtime community advocate with groups like the Dudley Street Neighborhood Initiative and board member for anti-violence, cultural, and youth empowerment groups; perennial candidate Roy Owens; and Brad Howze, a convicted Level 3 sex offender who identifies himself as a pastor with the New Sinai House of Prayer.

Althea Garrison, who held the Fifth Suffolk seat for one term in the early 1990s, dropped out of the race for the First Suffolk Senate seat to run again for her old post, which she has sought unsuccessfully along with numerous other public office posts in the past two decades, as an independent in November.

Howell and Miranda are widely considered to be at the head of the pack.

“The Fifth Suffolk is kind of in a win-win situation in this,” said former state Rep. Carlos Henriquez. “You have two different types of reps, but both can be effective… someone that’s strong in terms of pushing policy and building consensus [in Howell] or a strong advocate [in Miranda]. Either one will be able to develop the strong skill set they need.”

The two are touting their neighborhood roots. He is a lifelong Dorchester/Roxbury resident whose criminal past as a young adult morphed into advocacy and political movement-building. She is a Cape Verdean native of Roxbury who found a calling for the advocacy as a child, joining DSNI at 13 and remaining active in championing youths after receiving a degree from Wellesley and returning to her home neighborhood.

Miranda, 37, who calls herself a “coalition builder” first and foremost, is trying to take her cues from the community she hopes to serve, whether that be the local underserved business districts or the young people looking for ways to stay in their neighborhoods.

Both have been touched by the violence that can feel all too common in some Boston neighborhoods, they note, and supported passage of the recent state criminal justice reform bill. As Howell, 36, repeats, “the street is always hiring,” and as a young man he made “poor decisions or decisions based on survival.”

Arrested and sent to jail at 21, he saw his twin daughters born while he was behind bars. A job offer from Councillor Turner helped him reroute his life later on and turn toward public service. With his criminal record now sealed, Howell is an advocate for changes in CORI reform.

“When I say I understand the struggles, people immediately just respond to that,” Howell said as he canvassed in the Dudley/Brunswick/King section of Dorchester on a sweltering August afternoon. “They relate. I’ve had several mothers say, “I would love for you to meet my son, meet my grandson. You’re an example that you can get through some difficult times.” Just that, repeated over, hope, hope, hope.”

Violence came home to Miranda suddenly when her brother was killed by gun violence, prompting her involvement with the Louis D. Brown Peace Institute. She was recently awarded the Big Time Peace Award for her efforts in the community by Gov. Charlie Baker and Mayor Martin Walsh.

Howell has come out on top in two local ward committee nominations in the district, which crosses wards 7, 8, 12, 13, 14, 15, and 17. Several have not yet met to discuss nominations or do not plan to do so because their wards only overlap small portions of the Fifth Suffolk. 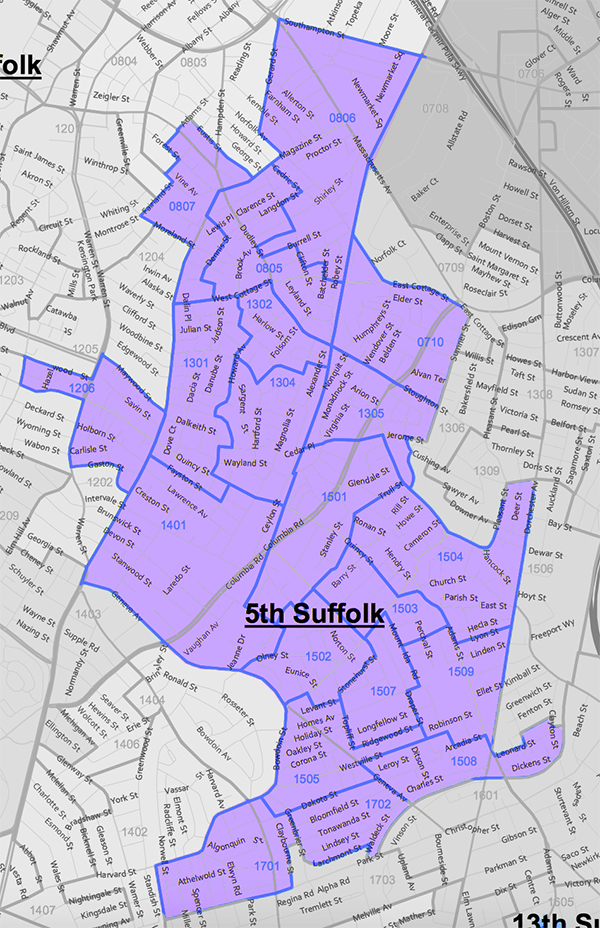 The Democratic Party Committee for Ward 15 – the dominant ward in the district, accounting for at least a third of voter turnout in primaries and general elections alike – endorsed Howell on July 21. On Monday, Roxbury-centered Ward 12 also endorsed Howell.

In the Dorchester- and Mattapan-heavy Ward 14, neither candidate achieved enough distinct support to clinch an endorsement.

But Howell’s real ace, as far some are concerned, is his support from state Reps. Russell Holmes (against whom he ran unsuccessfully for the Sixth Suffolk District before district lines changed), Jay Livingstone, Joan Meschino, Michelle DuBois, Mike Connolly, and state Sens. William Brownsberger, Jamie Eldridge, and Paul Feeney. Members of the Ward 15 committee praised both candidates in a statement, but felt Howell’s experience in dealing with current legislators would be an advantage for the district. 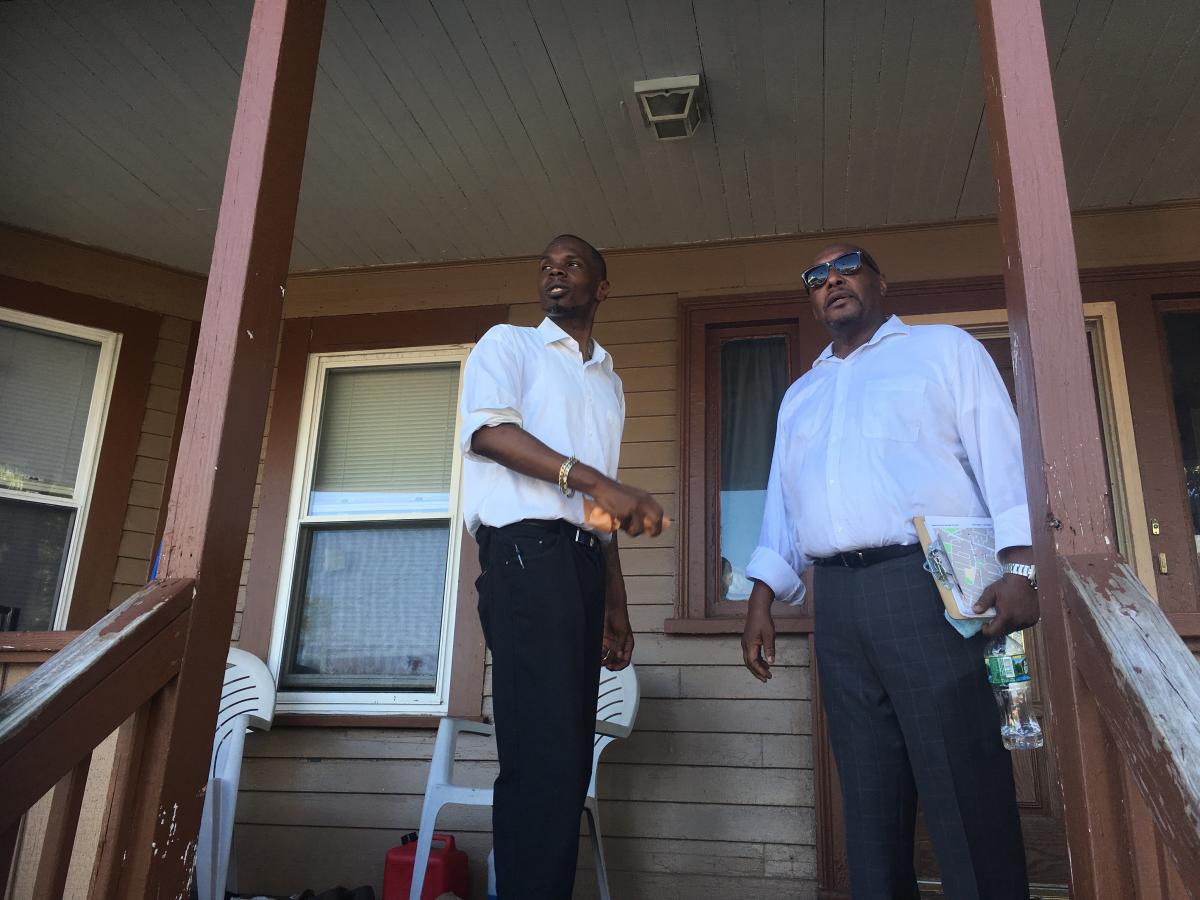 The secretary of the Ward Committee, Janet Jones, said Howell will “not need any on-the-job training. He will be ready on day one to represent the district in the House.” Added Davida Andelman: “I cannot wait for another learning curve in another elected official. I want action now! And Darrin is ready to represent the many needs of the district immediately.”

Miranda, too, is building a coalition of local leaders at her back. This week, she announced endorsements from Boston City Council President Andrea Campbell and state Rep. Chynah Tyler. The Massachusetts Women’s Political Caucus, the National Association of Social Workers of Massachusetts, Massachusetts Voters for Animals, and gun-violence prevention group LEAP Forward have also endorsed her. 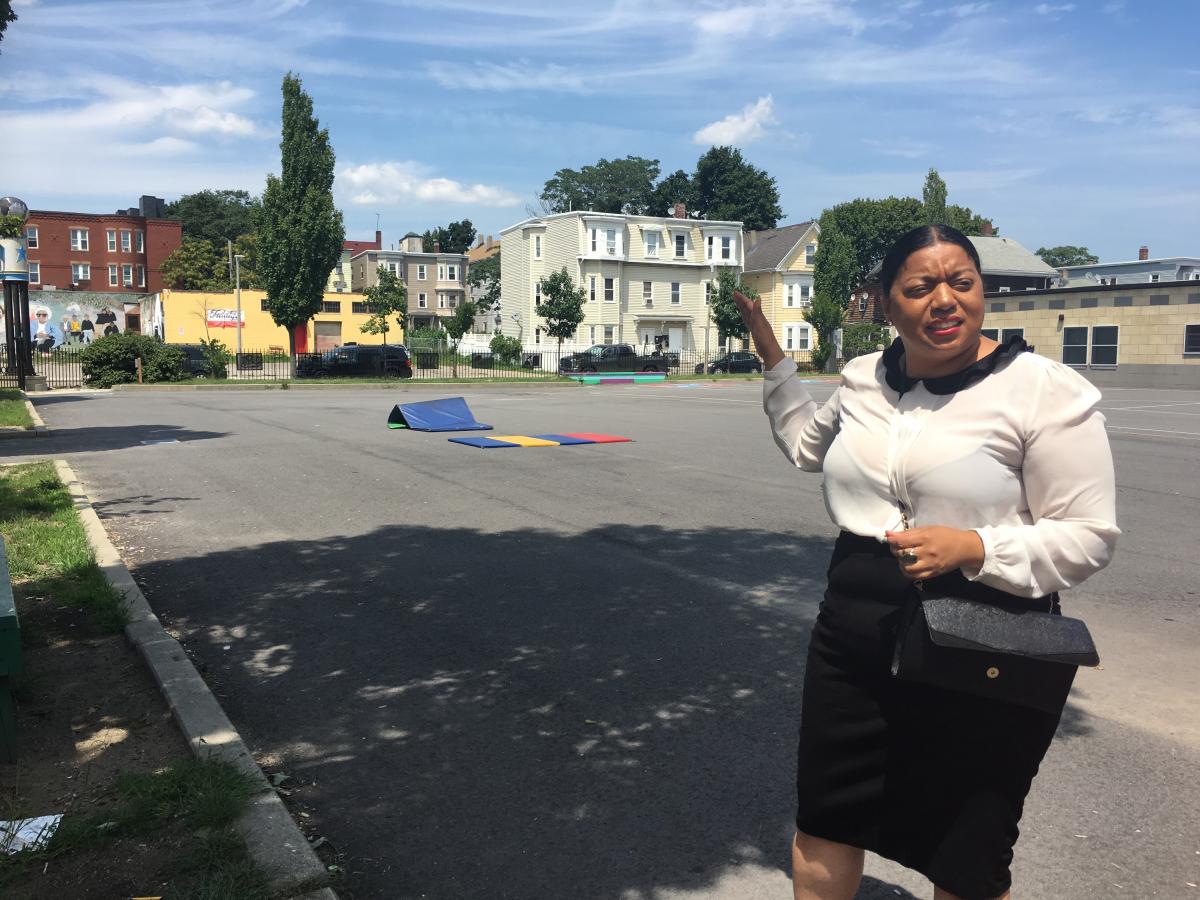 And one of her predecessors in the seat, former Fifth Suffolk state Rep. Marie St. Fleur, spoke highly of Miranda in an endorsement Tuesday. “The voters have two very strong options in Liz Miranda and Darrin Howell,” St. Fleur told the Reporter. “They’re both very much involved in the civic life of the city, and have a lot of experience as it relates to engaging constituencies as well as driving policy issues. I favor Liz Miranda because I’ve know her since she was a kid… she’s one of our own who’s grown and come up and has a commitment to the community.”

That Miranda attended Wellesley College and yet chose to come back to Roxbury shows dedication, St. Fleur said. She described her as an advocate with an understanding of “how downtown operates” and how to “build collaboration” as head of a non-profit.

Another predecessor, former state Sen. Charlotte Golar-Richie, sits on the board of the women’s caucus that endorsed Miranda and the Ward 15 committee that endorsed Howell.

She said both are promising progressive candidates of a new generation who should find support from each other’s coalitions after the Sept. 4 primary. Miranda, whom Golar-Richie has known for years, is “totally committed to the issues” and Howell is “so inspirational,” she said.

“We need a strong advocate, detail-oriented,” she added, “someone who is going to be relentless around the insistence around fair-share resources for the community.”

It comes down to unity and consistency in the seat, she said, and a direct tie to those who put them in it.

“I think a lot of the time the people in this community are the last to find out that something’s going on,” said Antonietta Barros, standing with Miranda inside Barros’s store, Giselle’s Flowers and Gifts on Dudley Street. “So I think that’s the biggest issue in this community is you find out when it’s too late, that gentrification is happening.”

Trayce Booth, a DSNI board member, concurred. “Communication is a big part of it and Liz plays that role,” she said. “She’s been here, she knows what it’s like and what we need, and we need our voices to echo with her voice so it can make things happen.”

And Howell also has the organizer bona fides, his supporters point out.

Allen Lee of the Boston Carmen’s Union Local 589 and member of the black trade unionist group A. Philip Randolph Institute Greater Boston (APRI), who canvassed with Howell, has known him going back almost a decade with the labor movement.

“As APRI, we try to support black leadership, and that’s why I jumped at the chance to help him out,” Lee said. “I’m intrigued. I think he has the right idea about what this community needs to move forward, he’s lived it.”

As he prepares to part ways with his seat, Carvalho said that he hopes the next representative will pick up the baton on advocating for the Fairmount Line and try to make strides managing the development boom looming over housing-insecure residents of the district.

“I’m encouraged, very encouraged by the competition, particularly the young people who are running and bringing new energy,” he said. “They both know the community well. The future of the Fifth Suffolk is promising.”