A proposal to allow local establishments to host acoustic performances without a permit or entertainment license is gaining traction in Boston City Hall in the wake of positive feedback from a yearlong pilot whose proponents are looking for a renewal that many say will help to bolster Dorchester’s burgeoning live music scene.

Current law limits amplified sound to one microphone and allows for no more than five performers, who can only play between the hours of 10 a.m. and 10 p.m. The pilot has encouraged those who are looking to increase traffic for local businesses and eliminate “red tape” from a licensing application process that business owners say is drawn out and arduous.

Here’s a quick guide to some of the places around the neighborhood where you can already check out great live music.

For the cultured: home.stead bakery & cafe in Fields Corner hosts monthly jazz performances, storytelling sessions, and poetry open mics. The corner cafe’s cozy size makes for a homey and intimate environment, perfect for low-key coffeehouse acts. But the talent level at home.stead distinguishes it from the typical coffeehouse venue. Expect to hear world class musicianship or a professional featured storyteller from Now Listen Here, a Boston-based storytelling series that has the Fields Corner spot as one of its home bases.

For the family: The Lower Mills restaurant Ester hosts local talent every Friday night from 6:30 to 9:30, offering live music indoors throughout the winter and on an outdoor patio during the warmer months. Owner Eleanor Arpino said Ester’s popular music series has already been given a boost by the mayor’s “Acoustic on Main” pilot program that accompanied last year’s ordinance. “We have been fortunate enough to have been a part of it, and we are loving it,” Arpino says.

“Lots of families come in with children who love seeing real live musicians,” she said. “The families are usually followed by neighborhood folks and regulars.  Our space allows for those wanting dinner and the bar crowd to all enjoy the music.” 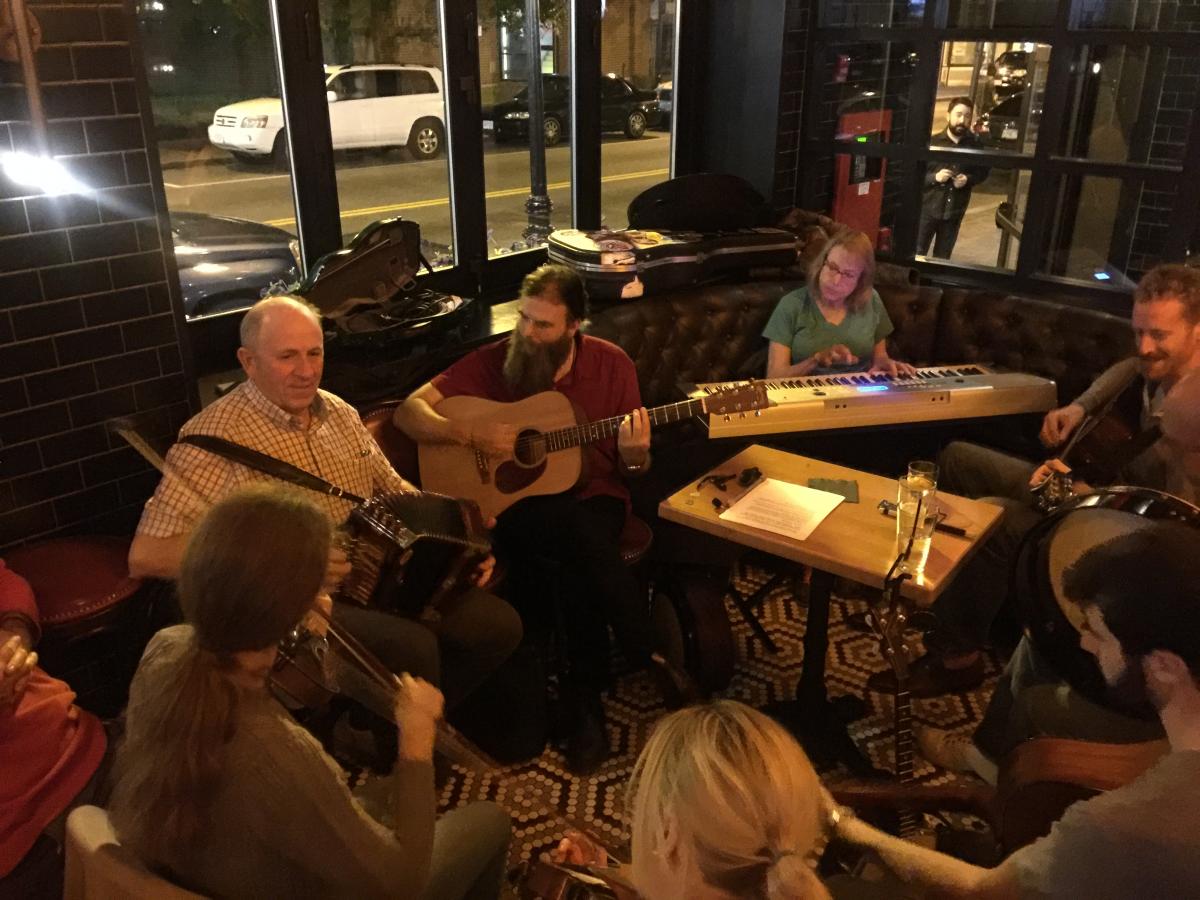 For the Hiberniaophile: The Lower Mills Tavern offers traditional Irish music sessions on Tuesday nights from 8 to 10. Local musicians are invited to bring their instruments and join in the sessions, which were started by Ken Casey, Lower Mills Tavern partner and lead singer of the Dropkick Murphys. Owner Shannon Emerson says their establishment has also benefited from the city’s pilot program.

“Acoustic on Main” has had a significant positive impact on not only our restaurant in Dorchester but also the restaurants in downtown,” says Emerson. “We recently went through the zoning approval process to host live music outside of the hours allowed by the pilot. Our intention is to expand the live music to Friday and/or Saturday nights after dinner service due to the success of our current Tuesday Irish Session.”

For the nostalgic: In Adams Corner, Landmark Public House has thrown its hat into the live music ring as well. The bar recently began hosting live bands on Saturday nights, and to great success, according to co-owner Ed Brooks. “Every band we’ve had has sold the place out,” he says.

Landmark is at the old site of the iconic Gerard’s restaurant, and its classic decor is meant to pay homage to old Dorchester. This theme is reflected in the kind of bands that tend to play the venue.

“We like to get acts that are nostalgic to us, so we have a lot of local cover bands, says Brooks. “We’ve had Jim Plunkett, The Joshua Tree, an 80’s cover band called Pastimes. Mostly light, upbeat stuff.”

Landmark is also among the establishments that have taken advantage of the temporary acoustic provision. “We capitalized on that city program,” says Brooks. “We do a live acoustic show every Thursday night at 7:30.” 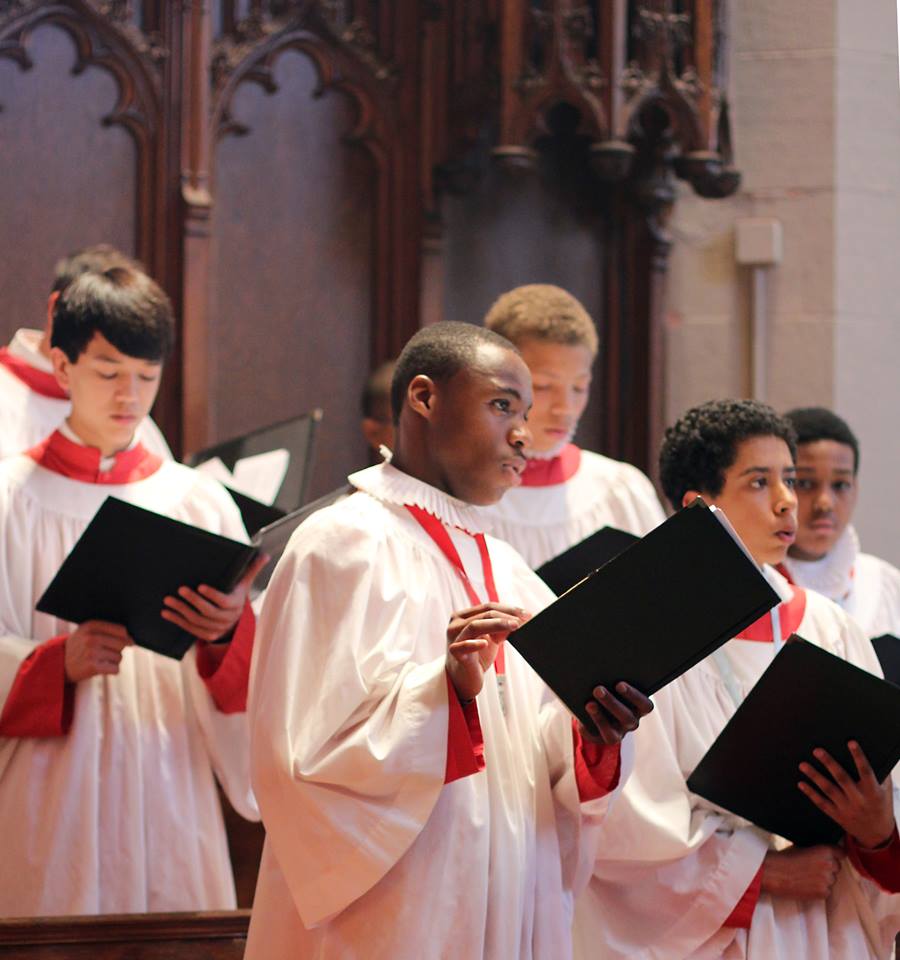 For the acoustically inclined: The Parish of All Saints in Ashmont occasionally hosts musical performances by both Ashmont Hill Chamber Music and local jazz musicians as part of Mandorla Music’s Dot Jazz series. All Saints’ Peabody Hall is one of the area’s most beautiful performance spaces and features great acoustics. The Ashmont parish is also home to the renowned All Saints Boys Choir, which sings weekly at the 10 a.m.

Sunday Mass and gives periodic concerts throughout the year. The choir will sing carols during the Christmas morning Mass at 10 a.m.

Other places in Dorchester where you can hear live music:

Dorset Hall: The Neponset Avenue bar and restaurant with a modern feel hosts live bands on Saturday nights at 9:30.