Members of the Ward 15 Democratic Committee held a winter gathering last Saturday at the First Parish Church Hall to celebrate the new year and bestow awards to long-time Bowdoin-Geneva leaders Davida Andelman and Janet Jones. Unfortunately, medical issues prevented both of them from attending, but the party went on with a hearty ham dinner and a hall full of guests, including Attorney General-elect Andrea Campbell, who accepted the awards on behalf of Andelman and Jones.

Ward 15 Chair Ed Cook noted that Jones has been active in the community for many years and has volunteered in any number of activities during that time. 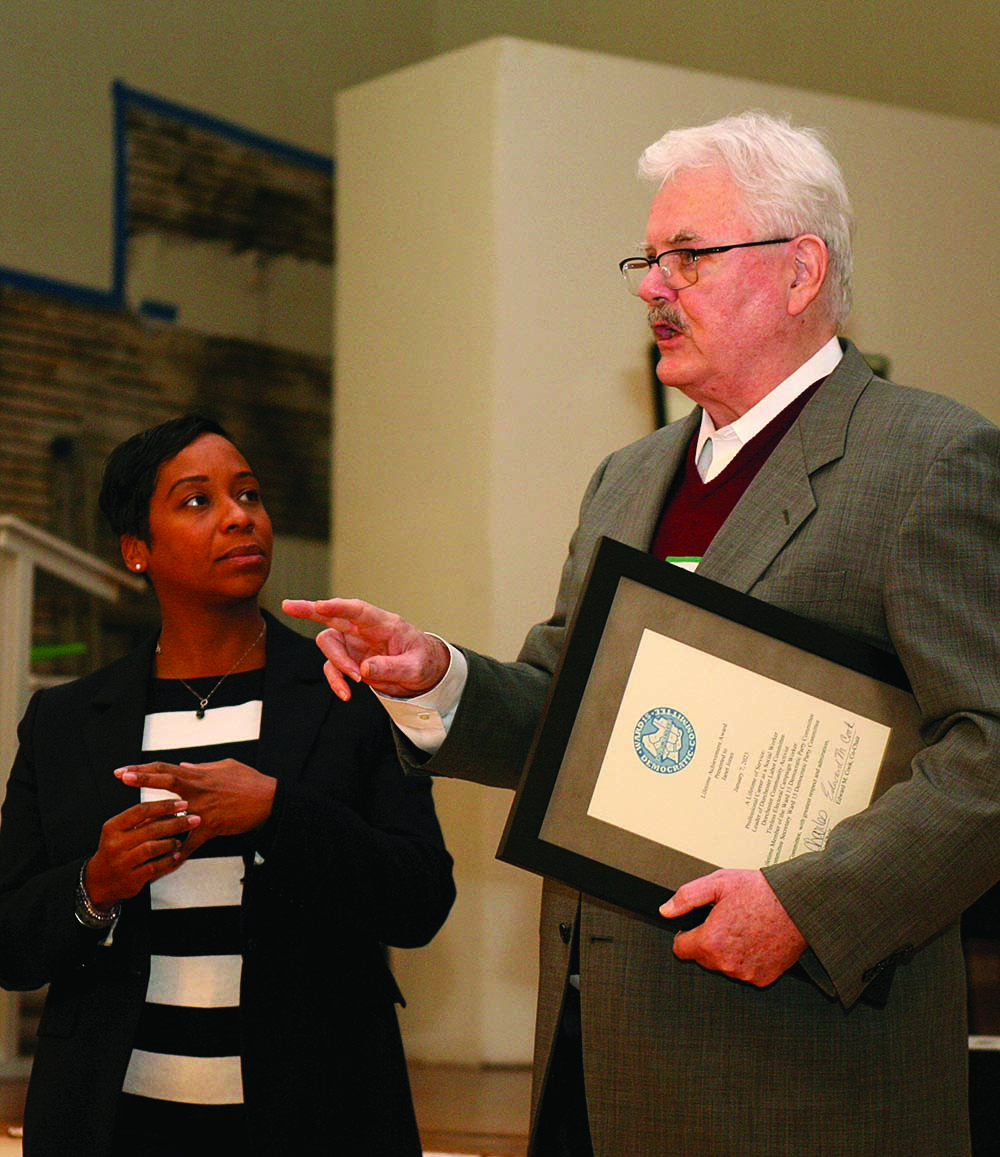 Ward 15 Chair Ed Cook comments on the Lifetime Achievement Award given to Janet Jones of Ward 15 for her long-time activism.

He recounted that she had an extensive research paper already written when he walked in for the first Bowdoin Geneva meeting. “She had already done all the work for me,” he said with a laugh, adding, “that allows partnerships to be forged and working relationships and drives change.” 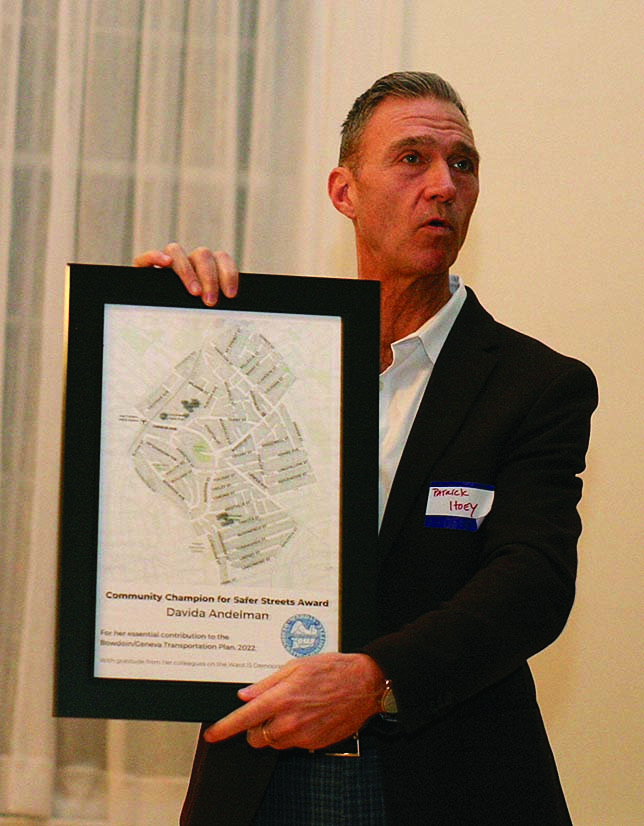 Hoey noted that the Bowdoin Geneva plan will be the first time that the BTD will implement speed humps outside of the Slow Streets program.

For her part, Campbell pointed out that it was Jones and Andelman, who, among others, pushed for the traffic improvements when she first became came a city councillor. So, it was full circle for her to be accepting the award for Andelman as the changes were about to be implemented.

Added Cook: “If you think about it, this one person is affecting so many of our lives in this neighborhood. One person can make a difference and Davida really is an example of that.” 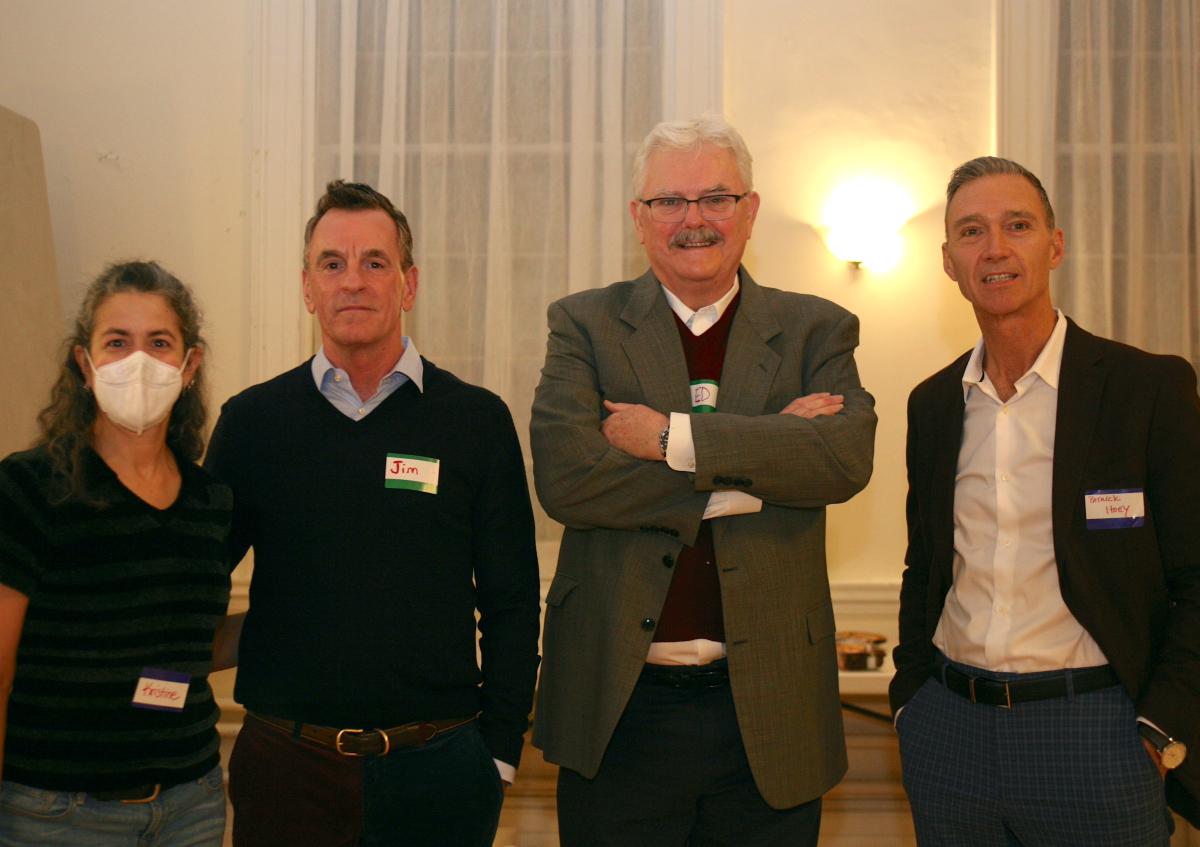 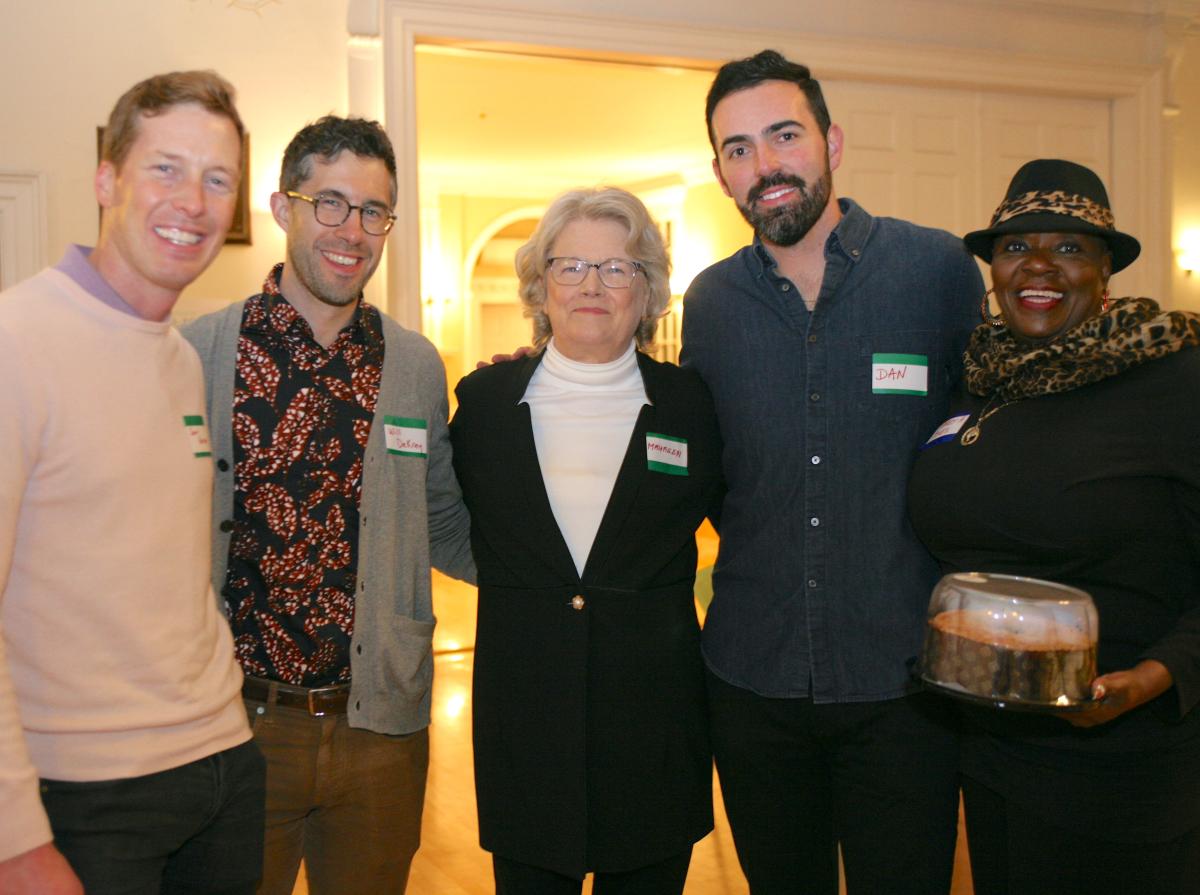 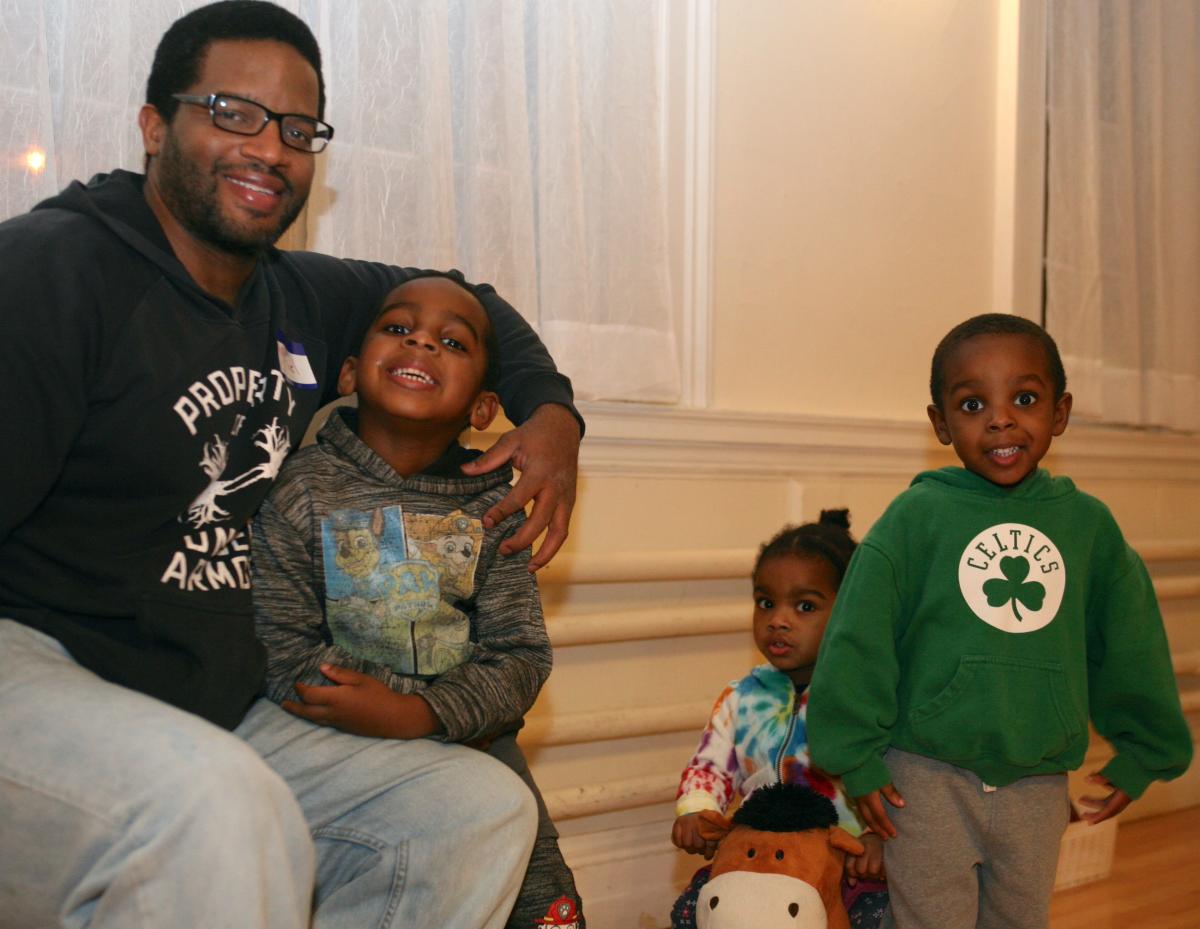 Michael Groves with his children - Idris, Imani, and Jaiden. 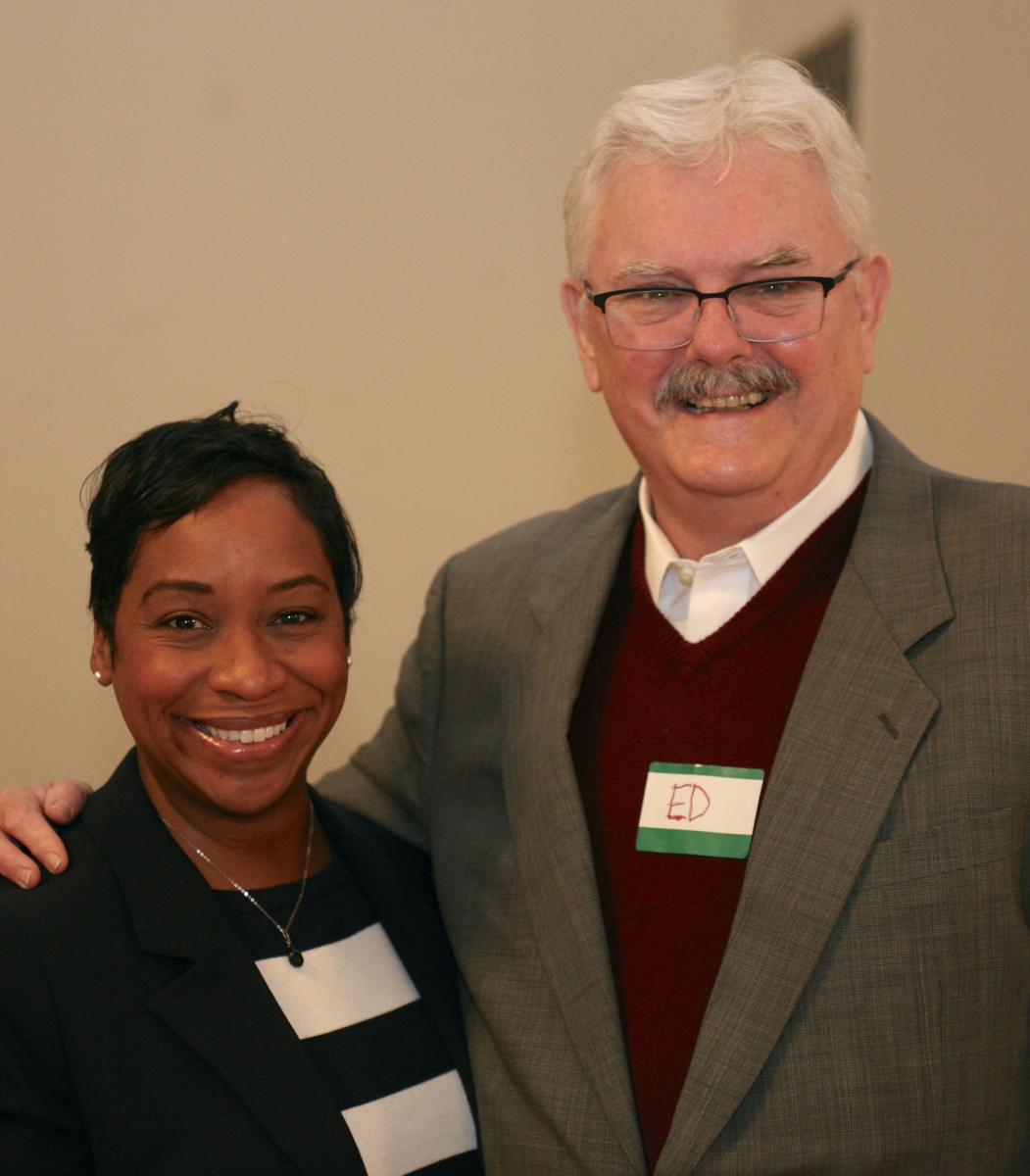 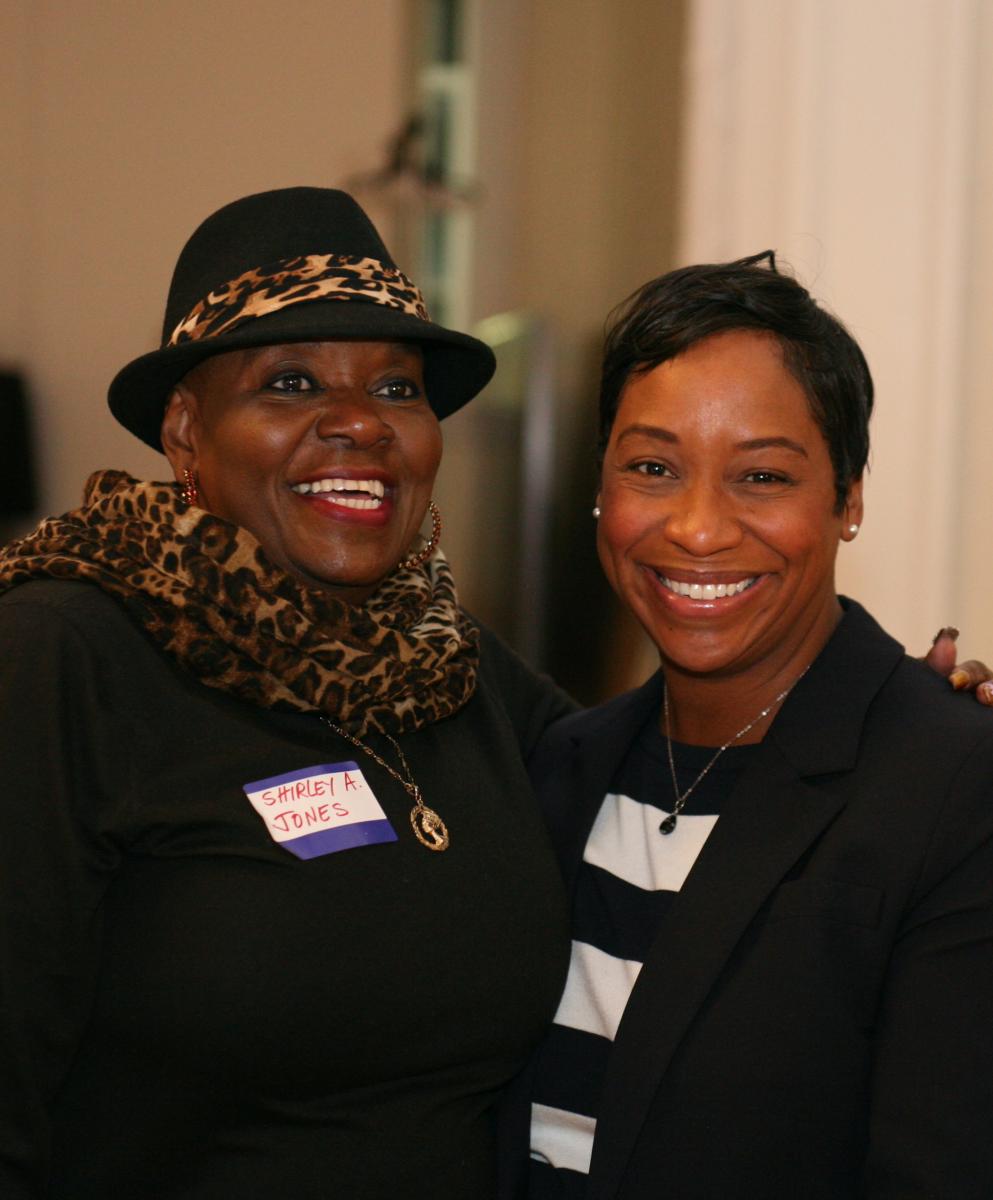 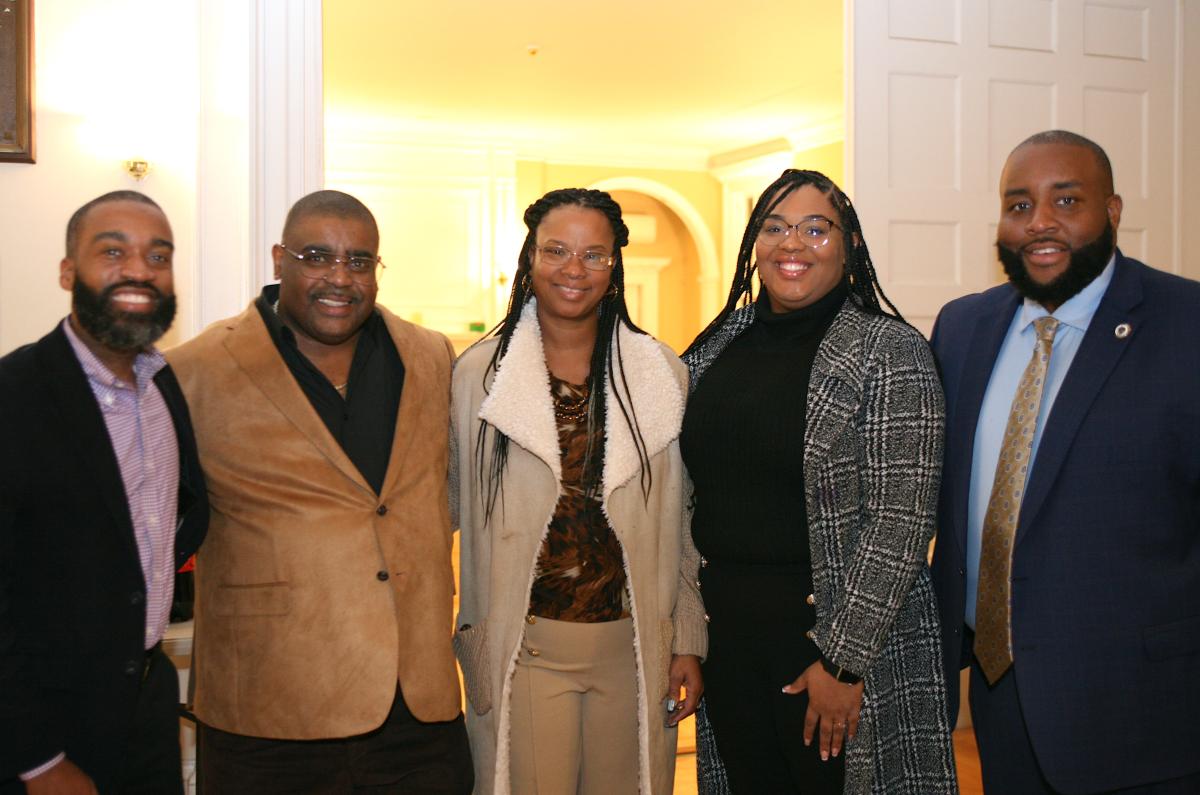