If opposing batters aren’t fighting off a change-up from St. Michael’s College pitcher Joey Hosea, then they’re probably whiffing on a sinker-slider combination thrown by his brother Ryan.

The two brothers from Neponset took divergent roads to the diamond at their college in Vermont, but they converged this year when they got to play and pitch together on the Division II Purple Knights staff.

Joey is a sophomore and Ryan a junior, and both plan to return next year for another rewarding season of brother ball. 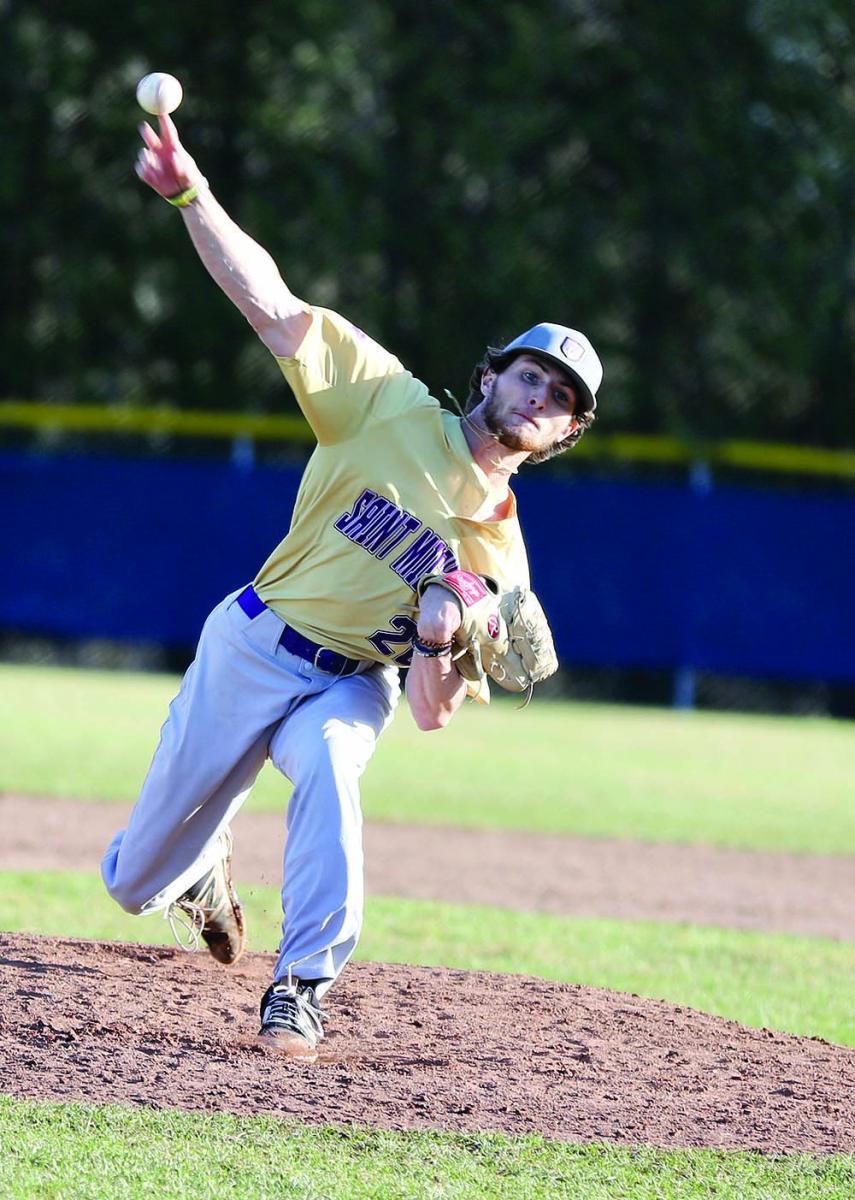 “You never expect when you’re young that you’ll ever make it that far with baseball because it’s a game and you have fun with it – and you especially don’t expect to make it there with your brother,” said Ryan. “I can remember going down to Garvey or to Toohig [Parks] and pitching to each other while one of us pretended to be Dustin Pedroia hitting. I must have thrown thousands of pitches to him, and he probably threw thousands to me. It was a great experience for us.”

Joey said his decision to go to St. Michael’s College hinged on playing with his brother and getting away to a place more “pastoral” than his boyhood neighborhood, “but not too far” from home.

“I’m from Dorchester and being in the city and being around a lot of people all the time. It was a lot of green space here and it was quiet and that was a culture shock to me at first,” said Joey. “I’ve gotten used to it and I like this part of Vermont. Plus, I had the great opportunity to play college baseball with my brother, and that has been pretty special.”

St. Michael’s finished its season last weekend in the Northeast 10 Conference tournament after played competitively in most every game this spring. But it was a struggle as the young team made up mostly of freshmen and sophomores gained experience that should pay off next year. While Joey pitched nearly 20 innings in a relief role, logging 15 strikeouts and a 4.66 ERA, Ryan was recovering from Tommy John [arm] surgery and only was able to make five appearances.

The previous year was also inhibiting due to Covid-19 restrictions, and the two of those things have made Ryan’s college career quite challenging, he said, sitting out one year for the pandemic and the following year due to injury.

That’s where the brother combination has been invaluable. 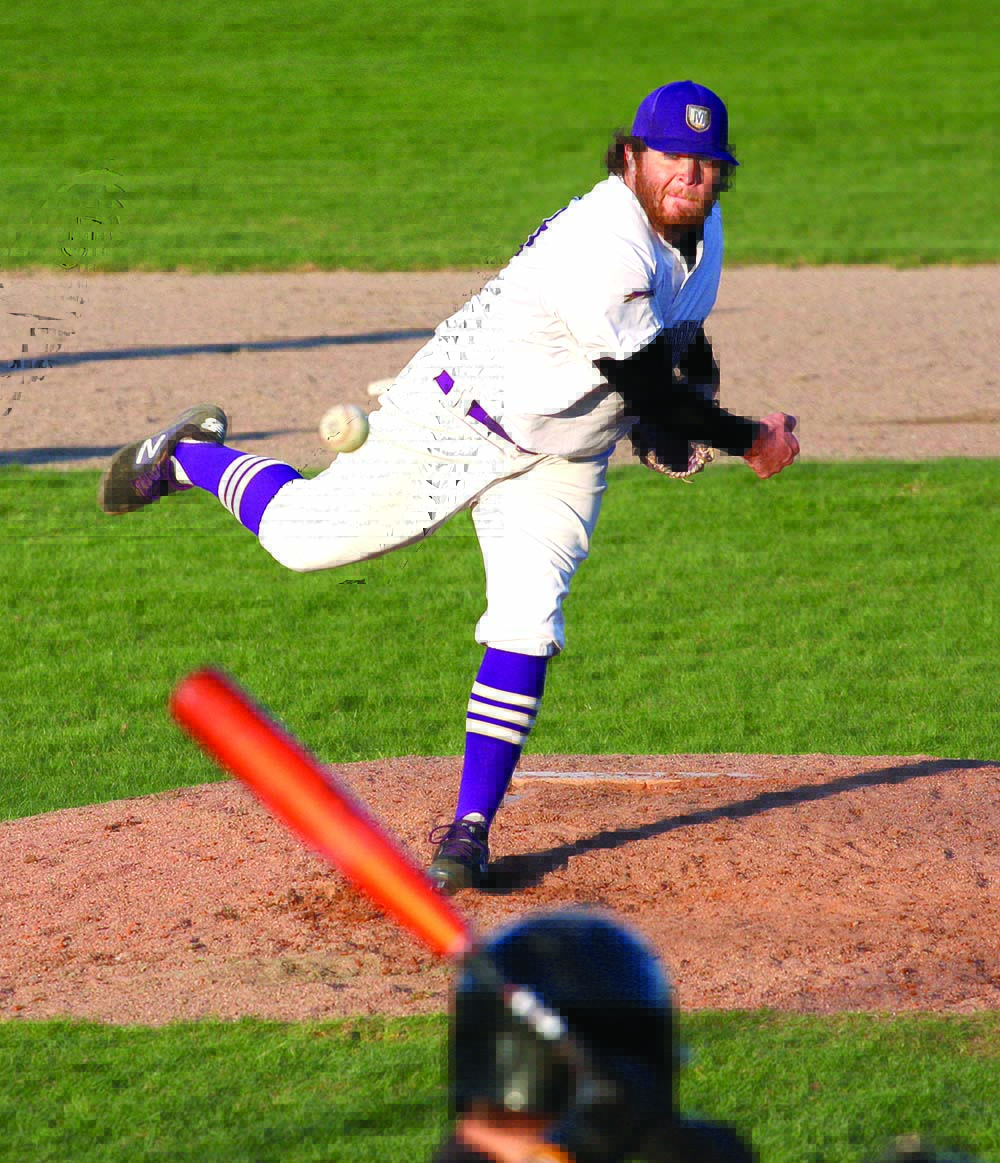 Ryan said he was down and out earlier this year trying to rehabilitate from surgery and not being able to play, but when he saw his brother make his first appearance, things began to turn around.

“I couldn’t believe it. We were doing this together. It really helped me get back in the right mindset. It was really hard not being able to play, but that was a moment that changed things for me.”

The brothers played baseball in Dorchester for most of their lives, they said. Joey played Cedar Grove at first, and then Savin Hill Baseball until he went to high school. Both also played Dorchester Youth Hockey (DYH) their entire childhood and dabbled in St. Ann’s CYO basketball, too.

The two pitched briefly together at Boston Collegiate Charter School in Dorchester one season and the team won the league championship there. Then Joey transferred to Catholic Memorial, where he played football and hockey – but not baseball. They had been apart when playing sports until this year.

While in high school, Joey played for The Base program in Egleston Square. It was there that he honed his specialty pitch – the change-up – and decided to focus on pitching.

“Throughout my baseball career I was trying to figure out what position I liked,” said Joey. “When I got to a higher level of baseball at The Base, hitting got very hard for me, but pitching really is where I started to feel most comfortable. When I was a junior in high school, I moved over to pitching only.”

For his part, Ryan continued at Boston Collegiate and played all four years of high school for the baseball team while also playing goalie for the soccer team his senior year. In addition, he played for the elite Duxbury-based Boston Prospects team. On his team at the time were 10 players who eventually became Division 1 players, and also Ben Rice, the superstar from Cohasset who was drafted by the New York Yankees last year.

“That team is probably the main reason I wanted to play college baseball – with talented kids like that,” he said.

After a stint in Nashville, Ryan returned to play for St. Michael’s and was there one year before Joey joined him. A sidearm pitcher, Ryan said he switched to pitching when he was 16 and developed a sinker-slider-change-up repertoire.

The sons of Lynda Hosea and the late Carl Hosea Jr., the brothers said they had to give their mom credit for making their baseball dreams come true.

“She’s been a huge supporter of us on our baseball paths,” Ryan said. “We wouldn’t be here without her driving us all around. I was playing in Duxbury and Joey would be in Providence. She always figured it out for us.”

This summer, both will be playing in the Yawkey League of Greater Boston, a home for elite amateur players, to further hone and tone their arms, but they won’t be teammates. For that, they’ll have to wait until they return to St. Michael’s in the fall for their final season together.