'The Nightly' is coming to the space below and above the current location of The Daily market in Savin Hill.

Just over a year after The Daily market opened its doors on Savin Hill Avenue, a new restaurant is in the works for the bottom floor of that building.

Local developer James Baker told the Reporter on Wednesday that he has already filed for a liquor license, and was awaiting approval from a city hearing that day for the eatery, which would include a dining room and kitchen on the basement level beneath the market, as well as a second floor function and event space and an outdoor terrace seating area. As a complementary business to The Daily, the restaurant will naturally be called The Nightly.

While a menu for the restaurant is yet to be fully developed, Baker said he expects The Nightly to serve “more than just pub food, since there are already so many offerings like that in the neighborhood. He added that his team plans to “develop a really good pizza that will be the centerpiece of the menu.” As with the market, the eatery would focus on sourcing local food products and drinks. 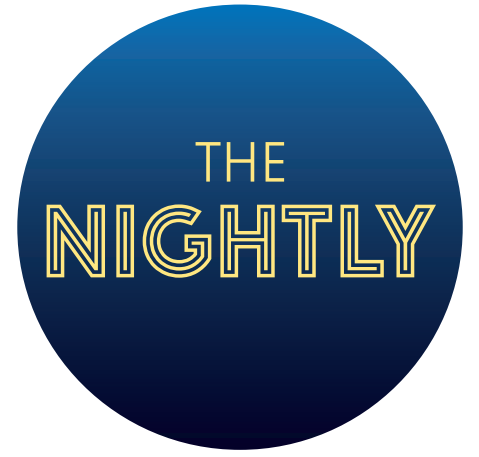 An early rendering of a logo for 'The Nightly." Courtesy James Baker

Community support for a new restaurant in the neighborhood has been strong since he first began developing the property a couple years ago, said Baker, describing an “extensive” community engagement process his team executed through a digital survey system.

“We got a lot of feedback on the design and what people would like to see,” he said. “Number one was the market, which we’ve executed on. “Close behind was a restaurant.”

Over 400 people responded to their 35-question survey, indicating a process that Baker called “much deeper and richer than typical.

“We’re confident we’re addressing a desire and a need in the community,” he said.

The bottom level space currently houses an industrial grade kitchen but still needs to be outfitted with pizza ovens, salad stations, and a full bar, among other additions. That dining room space will have a capacity of around 80, while the event space will hold 120 and the outdoor patio roughly 40 guests. Baker hopes it will be ready to open before the fall.

“We’re excited, especially with places like Florian [Hall] not being open. They’re obviously a local favorite for events and parties and stuff like that, they’ve done a great job with it, and we’re hoping we can fill some of that void.”

Addressing concerns about parking at the location, Baker noted that they have an agreement with Cristo Rey High School next door to use their parking spaces for events taking place at night and on the weekends.

The Nightly would be the newest face on a block that has seen considerable change in recent years. Baker touted that transformation, which he says has brought needed amenities and services to the residential neighborhood.

“With this section right off the train station, it’s highly unusual to have no amenities...we’ve been slowly building with McKennas, the market, SBK, and now this, and we think it will be a real nice addition to the community.”