During the last several months, the Dorchester-based author/arts coordinator/consultant Candelaria Silva used the ample free time brought on by the pandemic to achieve a long-delayed goal of hers: publishing a children’s book.

Silva, who said she had written several stories and manuscripts in the past that never reached this stage, is now officially a published author following the release of “Stacey Became a Frog One Day.” The story is about a young Black girl who transforms into a different animal each day of the week — beginning on Monday morning, when she suddenly becomes a frog.

Silva said she was inspired to write the book by her lifelong love of reading and a desire to see more books with Black and brown characters. “Children’s books have always been my love,” she said. “I write stories because I loved reading as a child, and later reading to my children and grandchildren. I just love the joy of seeing kids get lost in a story.”

“Stacey Became a Frog One Day” pays tribute to the children in Silva’s life while giving families an adventure to experience together.

It’s a book “designed to be read aloud” to children, she explained, that teaches kids about animals and the days of the week, while building vocabulary and listening comprehension. 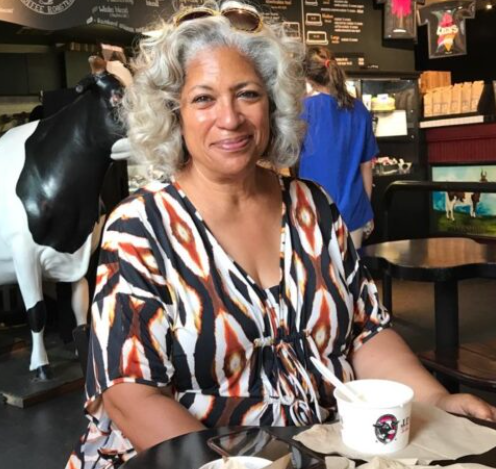 “I wanted to start with my simplest and most straightforward book,” said Silva. “Thinking back to the books my kids loved — like “Mike Mulligan and his Steam Shovel” or “The Monster at the End of This Book” — the biggest thing is making them compelling and fun to read.

When kids decide they have a favorite book, you will read it over and over and over again until it somehow gets ‘misplaced.’ For picture books like this, I spend a lot of time thinking about the oral experience of it, how does it sound? Can I read it more than once without regurgitating? So I was careful about the rhyming and language I used.”

After a string of adventures featuring different species of animals, the story ends with Stacey deciding to become a girl again, a decision that represents her “acceptance and celebration of being a Black girl,” said Silva, who added that she ultimately wanted happy Black families and “Black girl joy” to be main takeaways from the book.

According to Silva, this isn’t the last we will hear from Stacey; she’s already planning a sequel, which figures to be the next in a long series starring the young protagonist.

“Stacey Became a Frog One Day” is available for purchase in both hardcover and digital formats,through Amazon, Amazon Kindle, Frugal Bookstore in Roxbury, and through Silva’s website at candelarianormasilva.com.