Skip to main content
Kevin Monahan, Special to the Reporter

On Friday night, more than 100 spectators witnessed a gem of ADSL girls’ softball Majors championship game at Toohig Park. The event quickly grabbed the attention of the entire park ranging from toddlers in the playground to a men’s basketball game in the court. All activity in the park paused to focus on a group of 10-12 year old girls playing their hearts out.

The story line going into the game was whether Card/Jays (merged Cardinal-Card/Jays) could touch the Crusaders’ star picture Christina George, who blanked them in last year’s playoffs. That question was answered early as the Card/Jays pounced in the first inning. The first four batters sprayed the field with solid hits, highlighted by Colleen Sansone’s two-RBI triple paving the way to a Card/Jays 3-0 first inning lead.

The Card/Jays came ready to hit and showed confidence, and the Crusaders were stunned.

After a pep talk from coaches Kevin George and Neil Janulewicz, the Crusaders regrouped and answered with three runs of their own. Kelly McKenna reached base on a single and scored on a hit by Christina George. Caitlin Sweeney and Emma Allen followed with walks to load the bases. Izzy McQuaid drove a clutch bases loaded single past third base to bring Sweeney and Allen to cross home plate.

In the top of the second, the Card/Jays scored two more runs as Audrey Kelley blasted a triple to deep left field, bringing home Maeve Pugsley and Addie Willet. Kelley was held to third by some solid play by speedy left fielder Kalin Walsh using the cut off.

That key defensive play by Walsh proved to be the turning point for the Crusader defense, as they settled down. 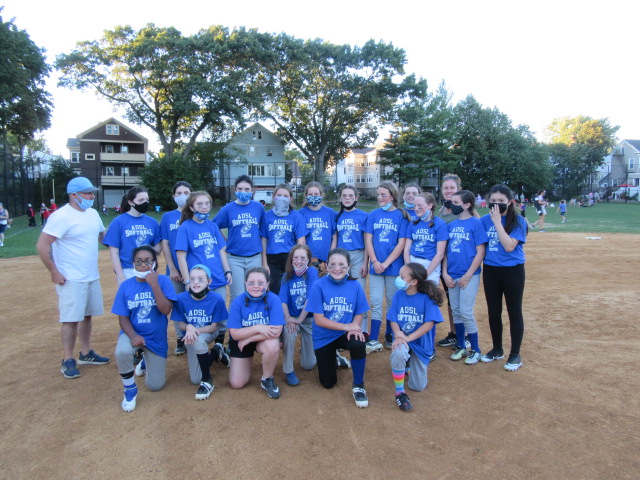 After that, the starting pitchers, Christina George and Addie Willet, tamed the hot bats with the help of more solid defense.

In the top of the inning, after the first batter had reached base, speedy Taryn Daniels belted one down the first base line but Kelly McKenna countered with a nice snag for the out. George struck out the next batter, then calmly fielded her position and fired a strike to McKenna for the final out of the third.

In the bottom of the third, the Crusaders threatened to put more runs on the board, but fell short. Ava Porter led off with a walk. Rory Shields hammered a grounder to short that moved Porter into scoring position with the heart of the Crusader order coming up. McKenna followed Shields with a double to left. Porter rounded third trying to score, but was caught at home by a 7-6-1-2 put out as Ella Cheney, Meghan McGoldrick and Rosaleen McLaughlin showed off high level skills capped by an all-star play by catcher Makala Miller.

Pitcher Addie Willet closed out the inning by snagging a Crusader’s line shot back to the mound.

In the fourth, the Crusader defense continued to lock down the Card/Jays’ high-powered offense. George introduced some effective changes that frustrated the Card/Jay iron of the order. George picked up two more Ks. And Riley Porter finished off the Card/Jays’ top of the order with a pair of flawless 6-3 put outs.

In the bottom of the fourth, the Crusaders added to their lead. Sara Lynch led off with a walk. Sweeney followed with a key single just past the reach of the pitcher. Lynch, with some heads up base running, advanced to third when the Card/Jays tried to catch Sweeney at first, then scored on an overthrow when the Card/Jays tried to catch Lynch at third. Emma Allen then drove in Sweeney with another single. Riley Porter and Molly Hearon followed with walks to load the bases. Rookie Maggie Janulewicz then drove Allen in with a bases loaded single, giving the Crusaders a four-run cushion. After 4: Crusaders 9, Card/Jays 5.

The teams traded 0s in the fifth with more solid pitching and defense. George got the first and third outs by catching pop-ups back to the pitcher’s mound. Sara Lynch made a key play at shortstop, knocking down a sharp grounder by Sansone and firing the best throw of the game to McKenna at first that barely beat the swift runner. 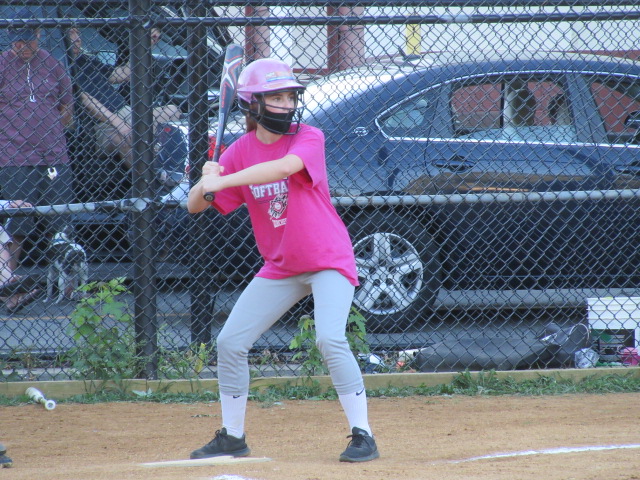 Sansone relieved Addie on the mound and struck out the first two Crusader batters. Anna Mullen kept the Crusader inning alive by beating out a grounder with lightning fast speed. Mallory Hanlon extended the inning with a tough at bat that ended in a walk. With the Crusaders threatening once again with a runner in scoring position, Ava Porter made solid contact but Sansone ended the rally with a pair of 1-3 putouts with Audrey Kelly, at first who played a stellar game in the field and at the plate.

Going into the top of the last inning it was still Crusaders 9, Card/Jays 5. The Card/Jays’ offense was poised for a rally, and both benches were lively and cheering loudly. But Card/Jays hopes were dashed in the end by more solid pitching as George struck out the side.

Hats off to the Card/Jays coaches Jason Willet, Noreen and Matt Kelley whose team improved immensely over the season.

Congratulations to Crusader coaches Kevin George and Neil Janulewicz for bringing the Crusaders their first ever championship. Big thanks to Candice Gartley of ADSL for bringing some exciting safe fun for the youth to our parks. Stay tuned for Thursday’s Seniors championship game at Toohig between the Eagles and the Hawks.